Some of our finest scientific minds, lead by Fronds of Lavender, launched into the void upon the ISS Fluttering Leaf in 2200-01, determined to survey the Alar system in greater detail than had ever been attempted by astronaut or probe. The masses cheered when the ship’s FTL drive created a temporary new point of light in the sky, and cheered again when moments later they announced that they had arrived at our sun, becoming the farthest-traveled members of our species in all history.

They shone a light on our small planetary system revealing unprecedented detail. Many astronomers were heartened by the discoveries, while others crushed, their long-held theories proven wrong in an instant. Such is the drawback of a forward-thinking and questioning society, one where we are encouraged to reach farther, imagine larger. Not every belief can hold true forever.

After months of steady reports, our society began to accept the exploration of outer space as a given, and less heed was paid by the masses to the regular updates and surveys taken of our neighboring worlds. Construction ships were sent, following in the ISS Fluttering Leaf’s wake, eager to utilize the bounty of resources and minerals newly made available to us.

Everything changed when strange particles were detected around Fruitful Endeavor, our nearest rocky neighbor. Careful study revealed that these were the traces of long-past faster-than-light particles, generated by unknown engines of the past. The question of our being alone in the universe was answered, which brought an unending stream of new questions on its heels. Where did that ancient race go? Were they still out in the cosmos? Could we one day meet them? The masses again were enraptured by exploration, and a new generation of space heroes was born.

In the final months of 2200 the ISS Fluttering Leaf completed its survey of Alar and all the bodies within. The wealth of information returned by their scans was mere fantasy only a generation prior, and set the stage for greater exploration and expansion long into the future. The first stepping-stones of our new age were lain by the heroic scientists lead by the captain Fronds of Lavender.

Though they were offered a hero’s welcome at home, they were determined to press on, pushing their engines farther than ever, catapulting them into the nearby Hizzel system, where astronomers had long-surmised habitable worlds may be found. 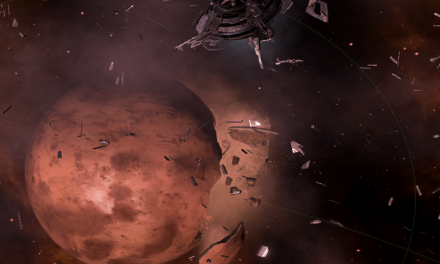