A Rose in the Night

Never bet against a sure thing, as one vampire discovered…

No-one knew how he had managed to pull it off, but through the whirlwind of changes and at times overlapping Praxis seizures, Doctor Edgar Northrup had adamantly refused to reveal his Clan. Whether through guile or secret deals with the individual sovereigns he was left relatively unmolested in his night-to-night existence. The upper societal echelon thought little of him and interacted with him even less, which suited his purpose, but the young and new residents of Sonoma County found him a charming if quaint friend with whom they could commiserate.

Usually even-tempered, the Domain saw his full mettle if anyone dared disrespect a lady in his presence. Demanding courtesy for the fairer sex he even went so far as to threaten violence against the Sheriff when the latter had been seen slapping an insolent Clanmate. His seeming willingness to place his principles before the rules of society made him more than a few enemies but also garnered him the adoration and charmed smiles of those whom he defended. After one particularly vocal outburst defending the honor of the Toreador Primogen, she took an interest in the enigmatic yet practical Doctor and began to spend time getting to know him.

During one of their frequent conversations she remarked on the playing cards he seemed to be endlessly shuffling, fingers always moving across the paper, the deck dancing in his hands. “Well madam, would you be interested seein’ in a little trick?” he smiled, his western drawl a sharp contrast to her crisp English diction.

“Care to make a wager abou’ that?” He wasn’t one to gamble with women in public, but in private he was open to many of the new ideas this age had presented him. He quirked an eyebrow, continuing to shuffle.

“How about a Minor Boon?” she cheerily answered. He knew enough of kindred nature to catch her heightening her senses, ready to catch him in his “trick.”

“Very well then, madam. A Minor Boon to whoe’er gets the short end o’ this draw.” With the unmistakable Cheshire grin of a professional card dealer he finished his shuffle and fanned the deck, offering her the choice of card. Giggling lightly, a sound like music in the still air, she selected a card, studied it, and let her hand graze his while she put it back in the deck. She felt warm, human, and soft.

“You wouldn’ be tryin’ a trick on me yourself, would ya’ now?” he winked, eliciting another round of giggling from the flirtatious Primogen. Doc Edgar shuffled the cards once, twice, three times, ending with an overly-ornate double-pass cut designed to impress and obscure the location of her card. He had little doubt that her senses, enhanced as they may be, could not have seen where her card traveled.

“Now I’m not one to trus’ that I’ve done it right all on the firs’ try, so I’m a-thinkin’ we can proba’ly get rid of a few here,” he began, discarding the first half-dozen or so cards. “It never ends up on top anyhow.”

With exaggerated concentration he fanned out the next few cards, running his fingers across the backs of them. “You have such a nice warmth about you, madam, I’m sure the cards picked up on it too. Me, I’ve been too cold fo’ too long, I don’t heat up the cards none at all. Shame for me, but good for the trick!” Selecting one seemingly at random he flipped it casually in the air with two fingers, smiling at her sudden scramble to catch it.

“I believe, madam, you said the wager was a Minor Boon?” Doc Edgar couldn’t help but smile broadly. He was in his element, perhaps for the first time in a very long while, truly enjoying performing to an awed and receptive crowd.

“But how — you didn’t — I — how?!” she stuttered, eventually giving up with a small titter. “That was fun but I think you should give me a chance to even the score.”

“What di’ you have in mind, madam?” he asked, genuinely curious.

“Do it again! This time I know you can’t fool me,” she leaned forward suggestively, her low top seeming to get far lower. Edgar had to give it to the Primogen — she was persistant if nothing else.

“Madam it is bad form to show the same audience a trick twice, let alone in a row. The stakes would have to go up, I think, to make it worth both our whiles.”

Pursing her lips in thought, the Toreador idly ran a finger across her bare collarbone as she considered. Doc Edgar avoided following the contours of her skin with his gaze, well-accustomed to the allurements of vice. Primogen Haydon then had an epiphany, sitting straight in her chair and eying him with a purposeful stare. “I want to know what Clan you are!”

Taken unawares, the old gambler leaned away with narrowed eyes before resuming his cheery exterior. “That is a tall order — you want some’in even Princes haven’ gotten out of me. What can you put up that’s worth all that?” Though his tone was playfully serious, Edgar’s mind raced — was she planning to force him to fail with some power of her blood? Could she? He tried to feel out the odds.

“How about a major boon from a Primogen? That should be worth it, no?” she smiled, though he thought it was more predatory than friendly. A tempting offer however for the often-alone newcomer, especially from such a powerful force on the Primogen Council, one who already owed him.

He took a long moment to consider, trying to judge her character and her confidence, whether she was likely to tilt the game. Taking a calculated risk, he finally nodded. “Then let us begin, madam.” She beamed with a delight that failed to fill him with confidence as to the sincerity of her intent in keeping this a fair game.

As he gave her opportunity to select a new card he could almost feel the weight of her concentration wash over him as she extended all of her senses, each bent to the discovery of his secrets. Thankful for his decades of practice, Edgar kept his face passive and pleasant, as if he were unaware of the arsenal she had pointed at his hands, perhaps even his mind. For good measure he tried not to think about the cards, letting his fingers work out of habit more than by his direction.

Three shuffles. Four. The risk he shouldered by taking the bet made him feel warm, hot. He couldn’t spare a hand to loosen his vest or bow tie however, nor would he have ever allowed himself to betray the calm professionalism of a gentleman practicing his craft. Something clawed at the back of his mind, at the edges of his vision, a blind panic that feared discovery of his shameful truth. One final shuffle beneath the unrelenting eyes of the most powerful Toreador in the Domain.

Stopping, he let his eyes focus on his opponent and waited until she met his gaze. “You realize, madam, if I’m wrong I will be givin’ up the whole of my livelihood here, yeah?” She nodded slowly, with the hint of a frown beneath her furrowed brow. Did she not fully understand the risk he had taken at her suggestion?

“I suppose then that it’s good for everyone that I,” he paused, slowly rising as his fingers drew the top card with agonizing slowness, “never fail to impress a pretty lady.” He flipped the card without looking at it, his smile sure and broad, wolfish and proud.

“I’ll just be lettin’ the Harpy know about our newfound arrangements, yeah?” he winked over a shoulder as he strode toward the door.

The Primogen didn’t even even hear him leave, horrified at what she had done as she stared at the overturned card, her card. The Queen of Hearts. 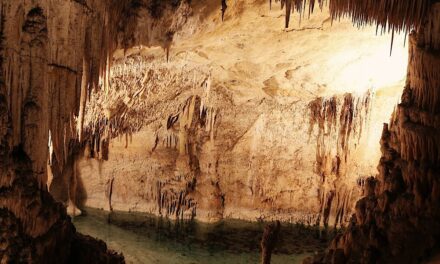