The Story of Me

I think the hardest story to tell is one’s own; distilling years of experience into a select few paragraphs. That said, I think for the rest of this website to make sense you have to have the context of where I’m coming from. My name is Christopher and for the past twenty or so years I’ve gone by the online handle Poetics. In that time I have loved, lost, and loved again, held various jobs and found careers. I’ve walked a path of self-discovery which, while not always pleasant, has been enlightening, and I have bright hopes for the future, whatever that future may turn out to be. 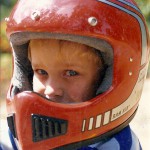 Raised along California’s central coast, at a young age I was inspired to write and teach. I discovered a love for the natural world and the sciences which described it, and greatly enjoyed both swimming and water polo, spending an inordinate amount of time in local pools. My Senior year was marked by receiving the rank of Eagle Scout, the Boy Scouts’ highest honor, and it remains a distinction of  which I am proud, even if the association itself has displayed policies with which I disagree. Also during that year I discovered a love of theatre and the feeling of being on stage. Deciding that while the central coast was a wonderful place to grow up but not where I wanted to stay, I set my sights outward and found myself at Sonoma State University in Northern California. 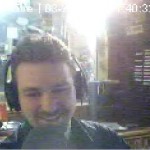 On my own for the first time, I learned more about myself than I could have imagined – who I was, who I had been, and who I wanted to become. Switching my focus from teaching to theatre, I continued to explore my love of performance, including acting in several Shakespeare productions and hosting a long-running radio show at a local station, eventually becoming its IT director. I met the love of my life through mutual friends, though it took us both some time to realize that we were perfect for each other. I joined and volunteered to help lead a local improvisational theatre group, contributing to its structure and direction at a time when its future was uncertain. I joined the Freemasons and rededicated my efforts to self-improvement and the betterment of the community. Also I had a pretty terrible goatee. 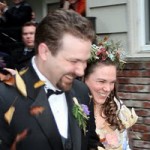 After working in IT for almost a decade, 2009 saw me co-found a new company which brought quality IT support and consulting services across the Bay Area, greatly expanding my opportunity to learn and grow both professionally and personally. Shortly thereafter my wife and I were married in a ceremony attended by friends and family from all across the Americas. In the years that followed both of our careers waxed and waned, but we provided continuing support for one another, growing ever closer. In 2014 I sold the company I had started and accepted a position in a large multinational firm, leading their Northern California IT operations, where I remain today (albeit sans goatee).

The question then becomes “quo vadimus” – where are we going? The future is unexplored, unwritten, and it’s up to me to stride forth with resolve and pride. Every day brings with it new challenges and hardships, but also opportunities to excel and improve.

Are you coming with me?