Agreeing to a non-aggression pact with the Nharr State seemed to be proving itself a fortuitous turn of events for Director-General Stalk of Burgundy. After inter-empire strife with both the Buvhondon Combine and Oklarr Council, neither having been gracious or hospitable to us, the Nharr State was eager to share knowledge, to expand both of our empires’ abilities to defend against common foes.

Though their sovereign territory was minimal, it appeared that their research extended across nearly half of the known galaxy, having surveyed systems far more remote than even our most daring science teams had reached. It was a very welcome trade, and the free-flowing of information with these reptilians further cemented our commitment to exploration and scientific accomplishment.

In the year 2250 the Wistral colony ship finally launched, its development delayed by the military necessities of the age. Though our empire had expanded to three full habitable worlds, a feat unimaginable to generations prior, in the whole of our galaxy we remained but small leaves, dwarfed in population, though not territory, by all of our neighbors. The Buvhondon Combine by itself boasted eight colonized systems, all dedicated to their military might.

In the face of our quickly-expanding enemies, the scientific council approved the creation of another colony ship, this time with sights set on Durbatur III, orbiting a red giant star in the Southern reaches of our explored space. During investigations of the region for possible threats, science officers discovered a large mural-type structure carved into a long cliff face. After translating the foreign markings, it was revealed to be the work of aliens which had claimed dominion over this area of space nearly 80 million years prior.

Much of the information relayed in the vast pictoral archive was already known to our scholars, but there were promising leads for technologies we had yet to consider. With enough data to keep analysts busy for decades, a request was made, and subsequently granted, for the installation of an orbital research facility.

With the maiden voyage of our navy’s first Broadside-class cruiser, the ISS Emerald Blade, Our enemies were clearly shown that we take defense of our culture and encampments with the utmost seriousness. Another cruiser was quickly commissioned, in order to remove several pockets of raider infestation that had crept into the empire during times of trial.

All hands were lost in the great battle of Einalth against an unexpectedly superior enemy, the details of which are located in every first-year cadet’s strategy textbook. 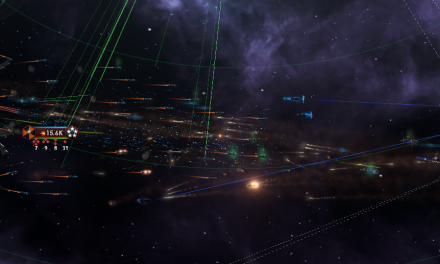