“Ms. Silverleaf,” the studious-looking woman sighed, rubbing at the bridge of her nose in frustration.

“Brehan,” the serious-faced halfling interrupted. Her leather armour squeaked as she adjusted in the too-large chair, throwing a leg over the armrest. “My name is Brehan.”

“Yes, of course. Brehan, then. You were sent on an expedition to recover the Crown of Mizzat’tor,” she confirmed with her notes, one of many scrolls covering the large oaken desk. “You were sent with four other highly-skilled and highly-valuable field researchers, and her only you returned.” She left the statement hang like a loaded question in the air between them.

“That sounds accurate,” Brehan acknowledged flatly. “Where do I collect my coin?”

Professor Nachtlied hated getting short with the help but could feel her patience starting to wear thin. “The Universitets Universitet, and I personally, had a deep interest in the successful recovery of that crown, and of the successful return of your team. You were the infiltration expert—what happened out there?” The halfling’s usefulness was unquestionable but her lack of concern for the academic rigors of the college’s mission frequently set the professor’s teeth on edge.

Brehan shrugged offhandedly, seemingly ignorant of her patron’s growing displeasure. “Infiltration was no problem. The outline you gave us was fairly good and let us devise a plan. We—I—executed it, slipping between sentries and using rope ladders to help the muscle get into position.”

“Those would be they. In any case I pick the lock, disable the poison trap, and let the team in to the cathedral’s vault. There, right like you said it would be, was the crown on a velvet pillow, under glass.”

The professor made several notes, shorthand to be expanded upon when she submitted her formal report for the archives. “And then?”

“And then Firebrand gets the smart idea to smash and grab. He runs in, none of us wanting to yell at him to stop—owing to the guards just outside, you see—and makes it within two steps of the case before he’s caught.”

“‘Caught’? Pray tell, by what?” The older woman couldn’t help but raise an eyebrow with curiosity.

“A metal hand, bigger than my face. It came swooping out of the darkness, and clamped around his arm. Goldenrod—“

She nodded idly. “Anyway, he whispers something about an ‘Iron Golem’ and that we were well and truly in the dolyak pens. He started scrambling for spells while the other two dove in to try and save Connors-the-dim-witted, who was busy being tossed around like a rag doll in a hurricane. It was pretty obvious from moment one how the fight was going—poorly for us, and very loud.”

“And so you abandoned your companions, leaving them to die.” The professor was not pleased, but altogether unsurprised.

“I felt like throwing good University money,” she gestured to herself, “after bad would be an imprudent investment of resources,” she mocked in the voice of one of the institute’s more miserly accountants.

“No crown, no records, and none of your team. What exactly am I supposed to pay you for, Brehan?” her frustration had finally risen to a boil.

The halfling leaned back and reached inside her armour, withdrawing a small sheaf of papers. “I had some time to look around while waiting for the guards, and found this which seemed like it would be right up your alley.” She casually tossed the loosely-bound pages onto the desk.

“An Account of the Origin of Throm Gravis Shendelbreaker, First Cleric of Shalasmar,” she read, blinking several times as her fingers lightly traced the cover page, immediately forgetting her ire in the face of newfound knowledge.

Seeing the professor slip into research mode, Brehan straightened in her chair, drumming dexterous fingers on the edge of the desk. “My fee?”

“See Mavis in accounting,” she murmured. “He’ll square you away.”

“Always a pleasure, Professor.” Brehan even managed to avoid rolling her eyes until her back was turned.

“Silverleaf?” her employer called out. The halfling decided not to correct her. “Take better care of your next research team?”

The infiltration and exfiltration expert snorted. “You pay me, I’ll do my job. Same as always.”

Professor Nachtlied was too lost pouring over the manuscript to hear the door close. 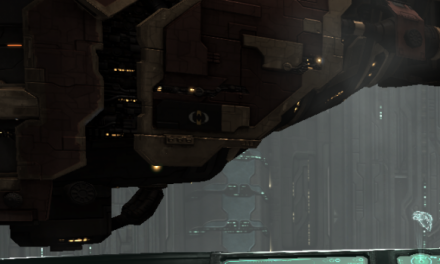