Dressed as a collection of Army officers and CIA spooks, the group gathered two mornings later, ready to make their raid on the secret government black site. Roger looked prim and proper in his general’s uniform, Seth uncomfortable but excited in his Private’s outfit. Tammy traded in her black goth attire for a tailored suit, standing next to a similarly-dressed Ismene and Tommy. Dark Aviator sunglasses and non-functioning earpieces completed their looks. Ismene held on to the mystical coins, and somewhere on everyone’s clothing was inscribed the warding symbol Tommy and his secretive “friends” had sent over, hopefully designed to prevent any in the party from being possessed.

Nobody asked how Roger was able to commandeer a fancy sedan with US Government plates, but he arrived at the staging area without explanation. Taking their places, they reviewed their brief plans. The underground complex consisted of four concentric circles, with security increasing as the levels descend into the earth, and Seth was committed to staying between Ismene and obvious danger, taking his role as her protector very seriously. Roger would attempt to bully or bluff the group’s way past the guards, and gain uninterrupted access to the deepest labs of the site. Tommy, not trusting that their vague plan would succeed as written, brought along a number of “contingencies” carried in a thick bag.

Large signs declaring the future site of “the New Saint Cosmas and Damian Hospital and Psychiatric Facility” marked the twisting dirt roadway toward the construction site, at the entrance to which there were two non-uniformed guards posted. “General Brickland” marched out of the car and made a show of staring down the two guards who jumped to attention at his approach. Seth stood behind him, shaking his head and writing notes in a small pad.

Looking between each other, the guards seemed unable to raise their supervisor on the radio. Retreating from Roger’s fierce and impatient gaze, they opened the gate and allowed the vehicle to pass through unescorted.

Down the road and around a corner, a small portable building sat next to a small earthen mound, identifiable as the entrance to a bunker even in the blinding dawn light. Another guard, one more official-looking than those at the gate, exited the bunker and met the approaching vehicle.

“I need to speak to the director,” Roger barked.

“I’m in charge during this shift, sir,” the man offered. “How may I help you?”

“I don’t need some mid-level shift manager,” he frowned. “Get me the director.”

The guard’s eyes narrowed. “I didn’t hear of your intended arrival, General. This is highly unusual.” It seemed the group’s luck was starting to run out.

“Look, the General’s in a pissy mood,” Ismene told the guard in confidence. “I assure you, he’s not always like this.” The man’s demeanor softened slightly, her rendition of “good cop/bad cop” paying off.

Similarly unable to raise anyone via radio, likely owing to the early hour of the morning, the inner guard finally acquiesced. “Open the door,” he told another, lesser, attendant. The group turned their attention to the large blast door built into the earth, though as they neared, Seth and Tammy felt an intense pressure in their skulls – some sort of magic was trying to keep them out.

Seeing their obvious distress, Ismene gestured for Tommy to solve the problem while she distracted the base guards with pleasant conversation. Kneeling as if to retrieve something from his bag, Tommy’s hands moved in arcane motions, his breath low and calm as he had been trained. With a twist of his fingers he felt an energy around the base start to strain, then snap, disappearing into the ether. Tammy and Seth nodded their appreciation for his help.

As the door opened, Ismene having distracted the guards enough that they had to enter the seven-digit security code twice, everyone in the group felt a wave of fear, anger, and doubt roll out of the subterranean complex. Tammy made a quick sign of her patron deities while Seth and Tommy smacked their lips, as if trying to get an unpleasant taste out of their gums. Ismene coughed and took half a step back, caught unawares by the powerful surge of emotion. Roger whispered “extra-dimensional energy – fascinating” under his breath, too low for the base guards to hear.

Descending the large, metal staircase within, Roger had Seth, playing the role of his assistant, open the door at its base. After two distinct raps, Seth slid wide the door, which was a great surprise to the armed guard on the other side, who reached for his sidearm, questions in his eyes.

“The Deputy Secretary of Defense has concerns about this facility,” Roger droned, maintaining his frustrated tone and rolling his eyes. “Show me the facility.”

“Right this way, sir” the guard stiffened with a salute, not questioning the impressive general’s credentials, before turning and leading the group across the catwalk.

“Show us the central security terminal,” Tommy demanded, glaring at the guard from behind his opaque sunglasses, intent on getting both the layout of the base and a quick overview of the number of guards they’d have to overcome on their adventure to stop the perverse ritual planned within the bowels of the facility.

Following the guard down long hallways formed by catwalks suspended over the cavernous structure, the group was brought up short as three ghostly, hooded figures appeared from around a corner, the spitting image of the wizened, cruel figures the group had faced in Doctor Long’s house. All eyes snapped to their escort – was he and his unit in league with those otherworldly creatures? The quickly-drawn sidearm pointed at the slowly-advancing apparitions answered the investigator’s unvoiced question.

“Identify yourselves!” he barked, looking down the sights of his pistol. “This is a secure government facility!”

The figures drew daggers in unison, wicked-looking blades fit for macabre rituals and dark summonings, continuing their advance. Tommy and Ismene leapt into action – the former to put down a threat and the latter to protect the unprepared guard from a grizzly fate. Dropping his bag of supplies, Tommy drew his favored shotgun and fired two quick blasts into the trio of interlopers. Ismene jumped in front of their escort, intercepting a deceptively quick dagger strike to his throat with a can of motorcycle chain cleaner.

“You’re yesterday’s news,” she grinned savagely as she began spraying the oily aerosol, lifting a lighter to the stream, her impromptu flame-thrower striking directly into the cowled face of the nearest figure.

“Guards!” Roger commanded, hoping to summon additional resistance. He didn’t know what the hooded priests were all about, but knew – from his teammates’ reactions let alone his own gut feeling – the approaching force was hostile and needed to be stopped.

Rather than additional paramilitary backup however, two swarms of short, stocky, grey-skinned humunculi moved in to surround the party, their featureless nude forms teetering unnaturally in the fluorescent glow of the harsh overhead lights. Four ahead, five behind, They formed an imposing wall of grabbing, sausage-like fingers and keening slack-jawed mouths.

“You have terrible security!” Seth overenthusiastically chided the escort, unable to decide how to respond to the new threats.

“Back to the gate” Roger bellowed, turning to face the shambling masses behind them, drawing a pistol of his own and taking several shots, the noise impossibly loud in the cramped corridor.

Between Roger’s pistol, Ismene’s bat, Tammy’s kopesh, and Tommy’s shotgun, the group was able to blast a hole through the golem-like creations behind them, racing back toward the door to the entrance. Seth and Tommy stayed back to cover the group’s retreat, before joining their friends at the tall staircase.

“There’ll be more of them,” Tommy grunted, frustration dripping in his tone, reloading his shotgun.

Looking to their military escort, the shaking soldier who was trying – and failing – to comprehend what was going on, Roger shook the man, getting his attention. “Get them down here. We need everyone.”

“I don’t …” he stammered, blinking rapidly.

“EVERYONE!” the “general” bellowed, gesturing to the man’s shoulder-mounted radio. 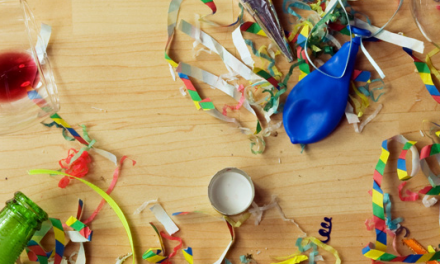