Retiring to Dr. Long’s estate, their unofficial new home of operations, with Ismene’s production studio having gone up in flames, the investigators took stock of their predicament. Whatever possessions they kept at the studio had been lost — meaning all of Seth’s worldly belongings — and the question of exactly who lit the blaze rattled around everyone’s minds. Dr. Long and Tommy retreated to the private study, speaking in hushed tones about the day’s troubling events, while Tammy and Ismene took turns washing off the blood, grime, and insects collected at the vagrant’s terrible house. Seth happily enjoyed eating a Hot Pocket microwaved dinner while everyone else was occupied, having tended to his slight wounds.

Tammy picked up Harry, who had been doing research on his high-powered, internet-enabled laptop, and brought the paranoid investigator to a nearby diner so the group could talk in neutral territory, without further inconveniencing their host. Soon surrounded by coffee and midnight-quality dinner portions, they began to discuss the terrible encounters at the house of “Paul Vega,” the creature who had approached them during their first team-up days before.

Taking over an extended booth in the diner, Harry started combing though the large volume of paperwork the team had pulled from Vega’s house, immediately drawing conclusions and thinking up wild speculations. “We should retire to my place,” he offered, “if you have more boxes like these, and videos, we need to get to work.” Waiting for Seth to finish his hot-fudge brownie sundae, watching him down it with his childlike innocence, the group took its respective vehicles and did as suggested, pulling up to the alley around back of the house.

Put simply, Harry’s basement apartment was decorated how the 1970s thought the 1990s would be, a bachelor pad designed by someone who never has company and learned about chic style from outdated Sears catalogues. The avocado-green shag carpet, low-tables, and wood paneling spoke volumes about Harry’s home life, bathing in the glow of flickering CRT monitors. “The boxes can go here,” he gestured to a countertop, sweeping it clear of the many papers and printed reports he had piled haphazardly next to his unused stove.

Starting with the video tapes, while Seth worked to sort the many boxes looted from Paul’s home and Harry dialed up internet access to continue researching the details and events described in ream after ream of paper printouts, Tammy, Ismene, and Tommy began to make their way through the catalog of visual media. Several of the unlabeled videos seemed to be test footage, working on setting up the convincing “spectral anomaly” that had the group investigating the woods in the first place. Several unrelated tapes looked to be focusing on specific people in public, following and zooming in on pedestrians going about their day, while others seemed to be reconnaissance on fenced-in compounds, perhaps military in nature.

“What was this freak planning?” Ismene mused to herself.

“Nothing good, of that I am sure,” Tammy answered solemnly.

Seth discovered Harry’s stash of cheap, plastic-bottle vodka, and helped himself after getting permission, which while it impaired his sorting and filing abilities, gave some much needed levity to the three video-watchers, having spent hours trying to decipher the various locations visible in the films, concerned they were probable targets for attack. Several times “Paul” could be heard mumbling words like “the crawling,” “weak points,” and “limits of the flesh” as he recorded the videos, each phrase setting the trio more on edge.

“Next week!” Harry shouted, having pieced together key elements of the creature’s insane scribbling and printed files. “Something’s going to happen almost exactly one week from now!” Seth, having slumped over a chair in drunken stupor, babbled something in response that could have been encouraging.

Pouring over the volumes of information, most of the group eventually gave in to sleep, staying the night in Harry’s messy bachelor basement. Harry worked late into the morning, well-used to overnight sessions of arguing conspiracy theories with cohorts on internet message groups.

The smell of freshly-baked bagels wafting through the air roused most of the group, Seth’s hung-over eyes taking a long while to refocus on the waking world. “I think I’m going to throw up,” he groaned, lazily looking around the living room. “Nope, nevermind,” he corrected himself, pulling his body upright, “I’m good.”

Tommy set down the bagels he had purchased from a local bakery on the dining table, encouraging everyone to begrudgingly make their way into wakefulness after their long evening of research and study.

“What is the plan for today?” Tommy asked, always the practical one.

“I took a lot of photographs and know of a darkroom nearby. Let’s see what develops, shall we?” Ismene forced herself to fake a smile, her normally-chipper demeanor blunted by the heavy events of the day before. Seth and Tammy, her tacit bodyguards, accompanied her to the private studio where her paranormal pictures wouldn’t raise too many questions.

Spreading her photographs on Harry’s living room table as the sun began to dip behind the horizon, the investigators poured over the new information.

Tommy found a business card from a local nightclub, something Paul had kept close during his stalking of the mortal world, deeply scrawled with an arcane rune. “Our next target?” he recommended. With a clear direction moving forward, the party agreed, solemnly, and began to infiltrate a club.

After the pot roast dinner, at least — one can’t be truly girded for battle on an empty stomach.

Most of Seth’s belongings having been burned in the studio fire, he remained in his leather-jacket greaser attire, hair freshly gelled into the semblance of a pompadour. Tammy re-applied her goth/punk makeup, her dark eyes ringed by charcoal. Ismene’s flashy and upscale clothes screamed money, and formed a stark contrast to Tammy’s dark motif. Tommy proclaimed that he was ready to go, still dressed in a crisply-starched three-piece suit, much to the chagrin of the fashionable Tammy and Ismene. Harry’s idea of “club attire” was an ill-tailored, rust-orange, bell-bottomed, crushed-velvet suit, wide lapels extending almost out to his shoulders. Mustard yellow, platform disco boots matched the scarf he wore leisurely around his neck, completing an outfit that had the rest of the group utterly speechless.

There simply weren’t words. In stunned silence the team moved to the van, driving to the club in relatively awkward silence, none knowing what to expect from their destination, “Big B’s Bone Machine.”

Heavy bass reverberating as they mounted the front porch, Tom Waits’ salty voice carried out from the front door, carrying over the line of motorcycles parked outside. The smell of cigars, leather, and testosterone wafted out as the team prepared to enter. This place was far, far from the nightclub they had expected.

As the club’s residents gave Harry stink-eye second only to the one aimed at Tommy, Seth stood in awe of the sheer energy of the place. With a motif like an old train yard and curio shop, rusted farming implements hanged on the wall, this “club” was anything but what they expected. “Wow,” he mouthed, as Harry strode confidently up to the bar, ordering four shots of well vodka, trusting that Ismene’s company would pick up the tab.

A change in song broke the tension, slightly, as the group spread out to investigate the bar — Tammy recognized a contact from another club and approached, making small talk, Tommy stood stoically by the exit, and Ismene moved to the bar to ply her charms on the barkeeper. Seth stayed at her back, face alternating between awe at the location and suspicion in his role as her bodyguard.

Downing his drink, Harry stared directly at the bartender. “Paul Vega, is he here?” he asked, steely-eyed from behind his oversized, dark green sunglasses. Were his voice not filled with iron, the scene would be purely comical. As the bartender prepared to launch into a scathing critique of Harry’s continued presence in the bar, Ismene cut him off with a charming smile. “Paul’s a big fan of my show and we’re just looking to ask him some questions,” she grinned sweetly.

Looking side-eyed at Harry, Tommy, and Tammy, the bartender kept his eyes on Ismene. “Come on over here, but leave your friends.”

Gesturing for Seth to follow, he being the least likely to draw attention, she followed the heavyset bartender to a nearby booth. “Wait here,” the bartender said, “let me get someone for you.”

A hulking, behemoth of a man emerged from the back room at the urging of the bartender, making his way to Ismene’s booth, pulling up a stool. “You looking for some ‘Paul Vega’ character?” he asked, his voice rumbling. “Your show has some pretty unbelievable stories on it,” he continued, not waiting for a response. “Maybe too unbelievable to ignore.”

Ismene summarized the reception of the mysterious video tape, and that she had identified that a man named Paul Vega was behind its sending. She omitted the otherworldly beings, Paul’s eruption into a squirming alien menace, and his subsequent slaying at the hands of her friends. “He had a business card of yours,” she offered, “it got left behind.”

The large man’s eyes narrowed. “I don’t know if I believe that,” he replied about his business card, lips drawn tight. “Try again.”

“Paul gave us a lead,” she sighed, deciding the semblance of truth was the best option. “And while we were investigating it, someone burned down my studio. When we last saw him, Paul didn’t seem much like himself anymore.”

As if in response to her answer, a hush fell over the bar, almost all of its patrons seeming to freeze in place, inanimate. The bartender moved, anxiously, wiping down the bar, as the party looked around the bar in confusion. The large man talking with Ismene tapped his chin, very much in control of the situation. Standing, he gestured for the group to congregate at the booth, eyes flicking over each of the strange visitors in his midst.

“What a very interesting story,” he said simply. “I’m sure you’re all aware of the fickle nature of trust. I want to trust you, and I want you to trust me.” He stared coldly at Ismene, Seth, and Tommy, as Tammy and Harry remained distant. “I’m not feeling a lot of trust between us.”

Two bikers near Harry rose from their booth, glassy and flat expressions on their faces, ambling as if puppetted by unseen strings toward the the exit, as if to bar the way. “Paul Vega caused me some problems,” the man offered. “I’m sure you don’t want to cause me any problems, do you?”

Seth’s eyes stared cold daggers into the bar owner, recognizing the threat he posed to Ismene.

“Paul’s dead,” Tommy said flatly. “He was inhabited by a demon and we excised it.”

Lifting an eyebrow, the titular “Big B” waved off his unconscious bikers from the door. “How interesting.”

As the investigators left the bar some minutes later, they were assured their presence that evening wouldn’t be remembered by anyone inside the room. A empty handle of rum etched with arcane runes firmly in their possession, the party hoped to kill two birds with one stone — trap a loosed demon and keep a supernatural biker bar owner off their backs.

As if the week couldn’t get any weirder.

← Previous – MotW: Field Trips Next – MotW: Drinks at My Place →

MotW: the Spaces Between 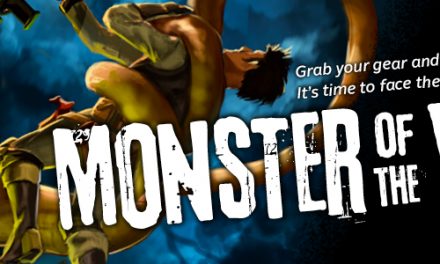