It looked like nobody had been inside the Witchcraft Museum’s basement in ages, but lit only by the soft green glow of my Pip-Boy, everything stood out with odd shadows, glowed with an otherworldly radiance. I nearly squeezed off a few rounds when I turned a corner and came face-to-face with a garishly-painted mannequin that all but seemed to jump out at me. Getting my breathing back under control, steeling my nerves, and petting my faithful dog for reassurance, I continued exploring, looking for the cause of the strange rumors that surrounded the old house.

Strange thuds, creaks, and the sound of falling objects came without warning and without apparent cause. I’d seen some odd things since stepping into this world, and certainly made camp in many dilapidated houses, and eventually got comfortable with the odd noises buildings in disrepair could make. These were not the sounds to which I had grown accustomed. Not one to believe in the supernatural, I still couldn’t shake the sense of fear and dread that bristled the hair on my neck – feelings I should have listened to.

Making my way up to the first floor, the whole house seemed to hold its breath, a pregnant pause before calamity. I strained to hear or see anything out of place from atop the dark stairway, my dog low to the ground and ears back. This place was dangerous, and we both felt it through and through. I took my eyes off the doorway for just a second to reassure my dog that we were going to be okay. The second my eyes left the doorway the whole world exploded into dust and and splinters.

A horrific and terrifying roar bellowed from a creature I only knew by reputation – a Deathclaw. I didn’t have time to fully grasp my situation, other than I was falling backward down the stairs and there was a mutant murder machine at the top, razor-tipped claws extending from both hands, ferocious fangs and tusks from its hungering mouth.

My trusty shotgun thrown from my hands, I scrambled to pull the lazpistol from my hip, the air thick and choking. I heard my dog snarling but couldn’t see up the stairs, my ears ringing and head pounding. Whatever was happening up there I needed to defend my only companion in this blasted world. Aiming high, I let off two blasts, hoping its red light would give some clue as to the battle above. Silhouettes flashed, two bodies entangled in combat, one small and furry, one impossibly large and scaly.

I raced up the stairs as quickly as I could, coughing and choking on the dust, throat burning as I flipped the Pip-Boy to maximum brightness. Taking aim to line up a shot, I cried out in horror as my dog was knocked down the stairs past me, hot blood spraying my face. I pulled the trigger again and again until fusion cell ran out, forcing the Deathclaw to pause. Those little shots likely wouldn’t do any permanent damage, but would certainly give it something to think about.

Flush with adrenaline, I ran down my mental list of armaments, hoping I had something that could scare the creature away – I had no real hope of killing it. My hands went to my left hip where several military grenades waited and I ripped them free, rearing back to throw them in one rage-fueled motion. I didn’t know what kind of fuses they had or whether they were even still good, but if there was a chance to wound this thing, I would take it.

Reloading my pistol, I saw the Deathclaw start to squeeze down the stairwell – it was too large to fit down comfortably, but it had prey at hand and would find a way to us. Retreating slowly down the stairs, I was able to take careful aim at the thing’s eyes, red and hungry. I pulled the trigger. 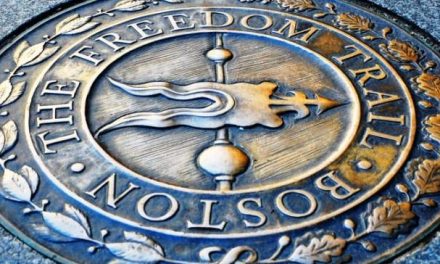