“Master Sobaka,” the attendant announced reverently, bowing. “The samurai have arrived as expected.”

The corpulent man patted his brow dry, the rich plum wine doing little to stifle the rising springtime heat around him. “See them to me,” he rumbled, somewhat akin to an avalanche in the small sitting room, an offshoot of the large temple which dominated the village.

He had heard of a small band traveling toward Crane lands, an eclectic group which interested him; rarely did individuals from such diverse Clans travel together for common purpose. The Shine of the Splendid Sun served as a spiritual border between the unclaimed wilds and proper samurai culture, where men and women of all stripes could rest and purify their bodies and souls after weeks of hard travel, preparing them to re-enter proper Rokugani civilization in the prosperous Crane provinces.

With so many travelers—truly an endless sea of changing faces—it was relatively easy for Onjuno Sobaka to set himself up as the most powerful underworld figure in the area. As much as weapons, drugs, and less harmful goods passed through his contacts, he also made a special point to keep his network of informants—willing or otherwise—inundated in the ebb and flow of humanity which traveled through the village. Some information he could use for himself, some he could give or sell to allies as he saw fit. Information, he saw, was far more impactful than any single samurai.

His “guests” were lead to the sitting room by an attendant, who then poured for them steaming tea, as Sobaka continued to enjoy his chilled wine. He wore the simple robes of a traveler, or merchant, or another of low birth, but he did not rise or even look up to meet the gaze of the noble men and women who entered his chambers. In the rest of the Empire their titles and families may mean a great deal, but at the Shrine, all owed allegiance and reverence to him.

Kasuga Debu, the Tortoise samurai, bowed first, the rest following suit. His name was known in unsightly circles as one who seemed to have friends in every nook and cranny, one who was well-suitable to the less than glamorous mercantile work of his Clan. He was a man who understood how the underworld worked, and knew in whose house he stood.

Two shugenja bowed next, one with awe and splendor in her eyes, the other with passive boredom. The former had come from the deep recesses of the Kitsune forest, and likely hadn’t ever seen a structure this impressive. The latter, he had learned, was a Crab from the southwest whose training took her far to the Empire’s northeast to live among and study with the fire shegenja of the Phoenix Clan. She bore an arcing scar across her face, like a lightning bolt piercing one of her eyes. He presumed she found little joy in social situations, Rokugani culture being as superstitious about such blemishes as it was.

The final two approached next, a simple monk in unadorned traveling clothes and a large Lion samurai proudly bearing the mon of the Matsu family. “Hail and well met!” she bellowed as she bowed, speaking in the flowery language used in noble courts. Either she didn’t realize this wasn’t a noble court or thought he would be impressed by her pomp and circumstance. He wasn’t.

The attendant gestured for them to sit and bowed to the oyabun, withdrawing from the room. The monk, Lion, and Kitsune reached for their tea. The Tortoise and Crab did not.

“Welcome to the Shrine of the Splendid Sun,” their host intoned by way of greeting. “I understand you are in need of hospitality for a time.”

“How did—” the Kitsune began to ask before being aggressively cut off by Kasuga Debu.

“You are very well-informed,” the man clad in blue-black traveling robes bowed again. The Kasuga’s aim was to show their respected and feared host that he would keep his companions on a tight leash while in his territory, and that they would cause no problems. Idealistic samurai, particularly those with an over-inflated sense of propriety, often did not fare well poking around Sobaka’s business.

“As a gesture of good faith, I would like to offer you lodging for the night. I understand you have come from the Crab highlands, and such a trip can take a toll on even the heartiest of travelers,” his voice oozed in a most uncomfortable way.

“We could not—” the Lion began to refuse the offer, as would be proper in traditional Rokugani courts.

“You do us much honor, and we are thankful,” Kasuga Debu again interrupted, with a nod.

Of course came the silent reply, with another nod for emphasis. You will have no problems.

The rest shifted slightly in their seats as the two men seemed to engage in the briefest of staring contests. “I would ask that, on your way into Crane lands, you do me one favor however,” their host finally said, turning his eyes to the rest of the group. He didn’t give them time to respond before continuing. “At Shiro no Kameki there is an associate of mine named Genji. In the morning I will have a letter for him that I wish to be hand-delivered.”

The Lion bowed from her seat. “We will bear your letter with the honor and security of my Clan’s mighty army, poised at the Lord Emperor’s right hand that they may execute his will without hesitation.”

Luckily she could not see his frown as he glanced back to Debu, an incredulous look in his eyes. Really?

“Thank you, friend Lion,” he replied as she straightened. “You do me much honor.” He reclined slightly, taking another sip of wine. It was very clear the conversation was over, its goals having been met.

Kasuga Debu bowed, rising. The other samurai followed suit, all eyes turning to the monk who seemed perfectly comfortable in his seat, savoring the tea.

“Jun?” the Lion questioned succinctly, addressing him by name.

“We were invited to tea,” the simply-dressed man replied matter-of-factly, having finished his cup. “I intend to drink tea.” He reached to pour himself another glass.

“Jun, the conversation is over,” Debu announced through tight lips. “Our host has been most gracious and I would not wish to take up any more of his time.”

Taking a long look at their host, then turning his head to face the rest of his companions, the monk finally shrugged. “As you say.” To Debu’s great relief, he stood and began to make his way to the door.

Sobaka’s eyes burned into Debu’s. What was that? he frowned.

No problem, no problem at all. My apologies, he communicated, bowing again, spreading his hands most placatively. “We are honored,” he said aloud before bowing again and turning to usher his traveling group out of the rich sitting room.

Sobaka was not left with a high opinion of the group. He accordingly instructed an aide to keep an eye on them until they left the Shrine, bearing his correspondence.

Late that evening, Onjuno Sobaka held a letter in each hand, contemplatively judging which one to send to Shiro no Kameki.

“Master, there has been an incident at the Roosting Egret,” a page entered and reported, referencing a drinking establishment that hosted several popular gambling tables.

“What is the status?” he asked, looking over his shoulder at the boy.

“And the samurai?” Sobaka narrowed his eyes, waiting for the report.

“They did not interfere, sir. Words after the fact, but no hostile action.”

Sobaka smiled to himself, turning back to his letters. “Very well. Continue to follow them.”

Satisfied, he tossed the letter in his left hand into the burning brazier before him. He would have the samurai deliver the other, after all. “Well-done, Debu,” he mused aloud.

This story snippet is directly inspired and informed by the actions of the players of my Legend of the Five Rings campaign, upon finding themselves unexpectedly confronted with a powerful underworld boss in what should have been a holy refuge. Some were respectful, some were indifferent, and in at least one case, some were less than gracious of his hospitality. 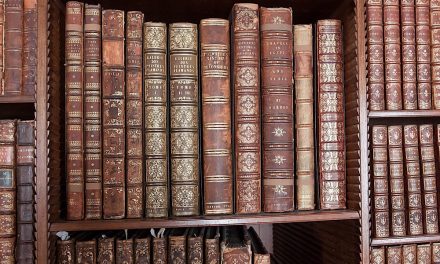 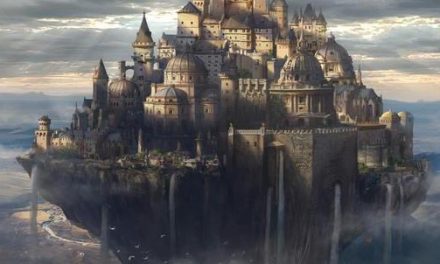