People cling to all kinds of things, aspects of the past, in the radiation-blasted modern age. Whether it’s old music, the idealized history of what America “used to be,” or some other vestige of times gone by, it seems there plenty who appropriate the culture of the past in an attempt to maintain hope or community. It seems that my missing person, a private eye named Nick Valentine, was on the tail of a group who fashioned themselves after 1920s gangsters. Suspenders, fedoras, heavily-affected accents, tommy guns, the whole deal.

These “Triggermen” were known to hole up near the Park Street subway station, and so I double-checked the condition of my recently-acquired power armour, shouldered my shotgun, and made my way inside. Stealth really wasn’t an option in the big, mechanized suit, and obviously once the shooting started everyone would know they’d been found.

I’m fairly sure my leg armour would have been able to handle a claymore blast, but I knelt down and disarmed it anyway. I was surprised at the dexterity I had with the articulated fingers, enough to bypass a hair-trigger explosive device at least. Whoever the Triggermen were, it was obvious they were a cut above the usual wasteland raider; traps implied some measure of forethought and intelligence.

Two of them were hanging out behind the ticket office griping about the boss and his new love interest. Looking back I should have paid more attention, but I was more interested in finding Valentine before they killed him, and stepped out from the shadows. I may have underestimated how scary the power armour might look when jumping into view, but I sure was glad for the protection it offered. Their bullets didn’t pierce my chestplate, but my shotgun shells sure went through their silk shirts and vests. I could already hear shouting from down the subway tunnels.

Reloading with a sigh, I marched onward, hoping I wasn’t too late. 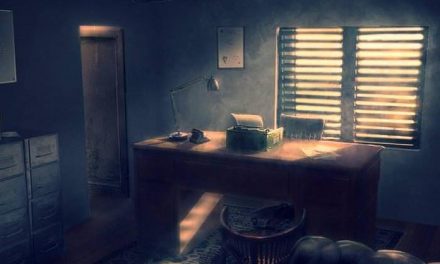