Several coworkers had expressed interest in playing Dungeons & Dragons but didn’t know how to go about finding a game, or what to look for to determine if a game they found was a good one.

I volunteered to run them through a small dungeon I had put together, which introduced them to combat, traps, puzzles, and just enough plot to keep things moving. By and large everyone had a good time with the virtual table-top environment, and there are already plans to put together more work-centric gaming sessions.

I had occasion to speak with one of my teammates this week about finding other games, and my own philosophy on what it means to find the “right” game or group. Largely unedited from my stream-of-consciousness text monologue, I felt it was good advice and can be applied to new and returning gamers who are unsure how to find or play online gaming communities that meet their gaming needs.

Here’s my advice from that conversation.

So, there are two types of games: one-shots and campaigns. As the names imply, the former are one- or two-and-done affairs while the latter are more established story arcs, often with discrete beginnings, middles, and ends. Some (in either category) are pregenerated or professionally written, while others are wholly dreamt up by the GM/DM (the terms are interchangeable) themselves. When looking for a game, it is wise to consider how long you may want to play for. Just one night? Regularly for a few weeks? For a year?

Then there are gaming systems; there is a (or multiple) systems to fit just about every genre of storytelling you want to explore. Space adventure? Yeah those exist. Gritty Samurai tale? Why not. Epic fantasy romp? Oh yeah. Noir detective story? Yep! While the system can influence the types of stories/games told within their setting, each campaign should be very clear/upfront about what the game will include, which should inform your decision of whether that’s a particular story you’re willing to try.

Commonly GMs will describe their games like “40% combat, 20% role-play, 20% puzzles, 20% world-building” or similar, to set simple expectations for the players. Some people want a more combat-heavy game, others thrive in more mystery or role-play heavy ones, and so forth. It may take time to figure out what style and ratio you like, but doing so is worth it. Your time is valuable, and it’s important to get out of the experience what you’re looking for.

Some pregenerated/commercial modules (like D&D’s “The Mines of Phandelver” or “Dragon Heist”) are ubiquitous and replayed enough that GMs running them usually don’t contain this kind of heads-up. You can read spoiler-free summaries online and figure out if it’s the kind of story for you, including what kind of power level it starts and ends at, how long the campaign is likely to go, and what themes are present.

One more note on the expectations of an RPG game/campaign. Just like in business or relationships, I find it essential to make sure that I’m a good fit for the game being played and that the game being played is a good fit for me. A misalignment between expectations (in what themes the story will explore, or the amount of role-playing and character building, or how rail-roady the game will be, or or or) can make for a disappointing or even infuriating gaming experience.

Some online GMs will have small surveys for prospective players to fill out, particularly if they’re expecting more than [available seats] players to want to join. This helps them have a better feel for who will work best around their (virtual) table and for that adventure in particular, and I often find it a sign of a good GM to be selective in the people they approve. I wouldn’t be doing my job of running a good game if I offered blank approval for someone who only craves combat into my mystery-heavy, low-combat game. Either that person is going to have a rough time, the rest of the group will, or I will get exhausted trying to yo-yo in an (ultimately doomed) effort to make everyone happy.

I am particularly fond of campaigns/chronicles which include communal character creation. Even in paid games, these “session zero” or “session -1” meetings tend to be free, because it makes sure that everyone’s on the same page when it comes to what the campaign will include, and it smooths out potential issues between characters; there’s nothing worse for party cohesion than showing up as a blue-haired fighter and the rest of the party having a predisposition against blue-haired sword-swingers.

Which of course gets me thinking about a related topic, “suitability for play.” RPGs are basically a team sport; everyone has to contribute to the success of the team or the path to victory will become much, much harder. Difficulties arise when character (or player) egos rise above the needs of the story (such as “my character wouldn’t investigate that plot hook” – “okay then why is your character even here?”), or any one player feeling the need to showboat or lord over others. I’ve been playing games for a long time, and I’ve found a lot of freedom in actually playing slightly reserved, subservient characters. That’s different than being passive—I want to make sure my characters can help drive plot forward when need arises—but it allows me to play with nuance and subtlety that is often lost when a character is full of braggadocio and ego. That’s not to say everyone has to portray back-seat characters, but a good game has room for everyone to shine, not just the most outspoken.

That said, in prewritten stories or campaigns described as “on the rails” there will likely be less time spent on developing or investigating character depth or backstory (which isn’t a bad thing, it’s just not my preferred playstyle). The mission is set, the goal must be achieved, you’re adventurers, go. Again, making sure your expectations of what a session or campaign include is an important aspect of making sure you’re getting the most for your time, energy, and money.

Also a note about fantasy gaming: there are some people who prefer Dungeons & Dragons (typically 5th edition) while others prefer Pathfinder (generally 2nd edition). Pathfinder grew out of fans who were disappointed with D&D 3.0 and felt that 3.5 didn’t go far enough into fixing balance issues. It is a very crunchy (rules-heavy) system, but for people who want a bit more specificity out of their gaming experience, it seems like a good fit. D&D on the other hand is a bit more fluid, almost easy-going system which doesn’t try to directly replicate or represent a million different variables into every check. Again, every system (even within a genre) has their fanbases and adherents, and generally the type of story or game experience for which they are best suited.

Now onto the actual resources to find a game

There are many online communities filled with people looking for players/GMs, such as:

Many GMs offer their time and services for free, particularly if they’re getting started running games for online groups, but far more common are GMs which charge a flat or per-session fee. On one hand it’s a drag to pay per-session (though StartPlaying makes it as painless as possible), but when you can trust that you’re getting an established, experienced, and prepared GM, it can often be worth the price. I never charge for any of my campaigns, but that’s because all of my games are for friends. If I ever decided to take all that preparation and effort and share it with the wider world, I likely would want to get something for all the time I’ve spent.

There’s an old adage I’ve found to be (very) true: “no game is better than bad game” in that, bad gaming experiences actively create negative fun and are taxing. If a game isn’t working out for you, it’s 100% okay to offer feedback and then bail, particularly when you’re playing with folks online. That’s one of the reasons many GMs charge money, in fact, because it ensures that the people who participate in the game are the ones who are interested, committed, and are willing to put a bit of skin in the game, as it were. If a game isn’t for you, there’s no harm in walking away.

Header image from Pixabay.com, a great source for stock images 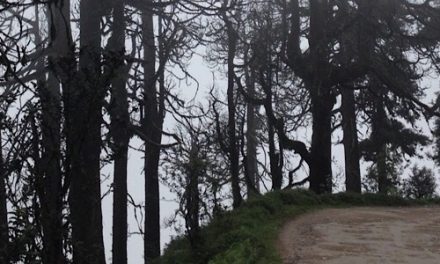 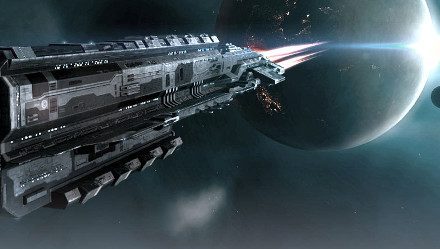