Short years after the Oned’Qarak conflict died down, ending with our coalition allowing their federation to remain independent, the balance of power within the galaxy shifted as the Nharr Hegemony, our centuries-long allies, broke free of the mutual aid compacts they had signed with our other allies, deciding instead to stand alone in the darkness of space.

Sensing weakness for our collection of like-minded empires, the Pious Oklarr Conclave, our neighbors and long-time rivals, bolstered by the Galactic Buvhondon Commonwealth, declared a surprise war against the Lavis Union by destroying several key mining outposts in the Salluria system. Our navy, still in repairs from the drawn-out conflict in the far South, was stirred to action and our heavy engines of war slowly grinded into gear, ready to confront this new threat to our peaceful way of life.

Losses were heavy for our beleaguered fleets, but the Salluria system, and our colonies therein, were saved from the ravages of barbarous treachery. Though the Oklarr and Buvhondons utilized different faster-than-light technology than ourselves, we had initial successes destroying their warp gates and black hole wormhole stabilizers, severely hindering their ability to travel beyond the range of our fleets.

Other empires, seeking to benefit from the interstellar strife, offered to pledge allegiance to one side or another, but only in return for hefty tariffs or “donations” of material goods. The scientific council was most displeased with the vultures, and told each to stay out of empire affairs.

Fears arose that the Oned’Qarak would reprise their hostile ways in the face of this new threat, leading us into a two-prong war, but those worries were quieted when the Dabbax Reconquerors, true to their name, set upon their former allies with swift and terrible ferocity. The galaxy was indeed aflame, and the small but hardy Lavis Union caught in the middle of the conflagration.

2420 would thereafter be known as the start of the age of blood, a brutal and unrelenting time in our galaxy’s history where petty squabbles erupted into devastating engagements, and old civilizations rose up to strike at those they saw as their inferiors. 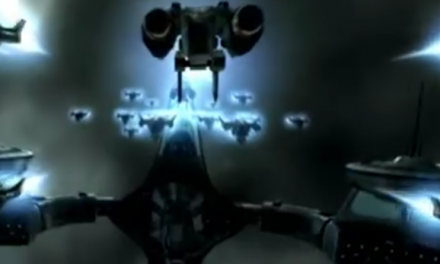