Debu watched his companions stride confidently toward the abandoned village below, relegating himself to posting camp atop the small hillock that oversaw the mysterious and altogether uninviting sprawl of destroyed homes and flattened buildings.

“First the old witch in a house nobody could see, then a weretiger preying on peasants, and now an entire town that’s been wiped off the map. I tell you, Stubborn,” he skritched his donkey between her long ears, “the world has gone crazy, and these strangers with it.”

Unhitching his merchant’s barrow, he let Stubborn graze on the soft grasses waving in the mid-season breeze. The unkempt foliage in the valley below did not move, as if it couldn’t feel the passing wind at all. The place made Debu’s skin crawl and his teeth chatter. Why were his eclectic traveling mates so eager to dive into the unexplored and—more importantly—the dangerous? The two holy women could speak with spirits and the rest could presumably handle themselves in a fight, all talents he himself lacked, but their willingness to risk their lives seemed at odds with their oaths of fealty—they couldn’t serve their lords if some ghost or demon ate them while poking around awful places.

Debu watched them until they were small specs against the horizon, their slow passage the only trace of movement in the drab, muted landscape beyond the bottom of the hill. He knew the group had been headed toward a ghost town, but didn’t know just how literal the name would be. Whatever had happened in the small farming village, it destroyed everything and everyone in an instant. He knew better than to truck with demons, and in his book powerful spirit magic was close enough to be the same thing.

Boiling some rice and sparingly making use of the cooking provisions collected at their last stop, he sought to make a calming broth. Whatever they found down there, if anything, he was sure they would come back hungry, and probably a little unsettled. Nothing like some “high plains stew” to set the mind at ease, he always said.

They hadn’t passed a single traveler in the two-day journey southward, and rumor was that none had come north in almost five years. The sound of creaking wagon wheels coming down the road caught him by surprise as he bent down to taste his soup. Swearing under his breath at the spoon dropped into the simmering cook pot, he looked up to the path, to see who else was traveling the isolated, abandoned roads.

The sound of wooden wheels was joined by that of slowly-clapping hooves, plodding their way past his makeshift camp. Debu saw nothing. His sharp nose detected tumeric, ground peppercorn, and vinegar, as if a spice merchant were passing by mere feet in front of him.

Putting on hand on his stalwart companion Stubborn, the donkey lazily looked up from its meal. She wasn’t concerned, as if there were nothing on the road. Nothing making the tell-tale sounds of a trader’s wagon stomping through the late afternoon sun on its way to the next stop. With his paring knife held in a white-knuckle grip, his eyes danced over the roadway, trying to discover the source of the sounds. He had been ambushed on the road by vagabonds and highwaymen before, and was well-prepared to pay ransoms and bribes, but he couldn’t detect any of the usual signs. That made him even more worried.

The hoof-falls and wagon wheels continued to traverse the dusty road, leaving neither trace nor hint of their passage, and soon Debu was alone with the sound of his own heavy breathing and Stubborn’s placid chewing. The cart—or whatever it was—headed toward the dead village, as if steered by a ghost set on plying insubstantial wares to equally transparent patrons.

Debu wished one of his spiritual allies had stayed with him, had seen the wisdom in not wanting to venture into a desolate and abandoned valley of dead memories. Instead, he had to fend for himself.

He began to whistle nervously as he reluctantly sat back down to continue preparing his dinner, eyes darting to the darkness outside the area of his small campfire with the sound of every passing insect or foraging vermin in the shrub.

Debu was a people person, not a ghost person. “After all,” he joked to himself, trying to make light of the situation, “spirits never have any money anyway.”

He hoped his companions would return soon. 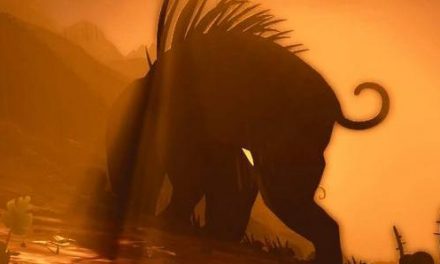 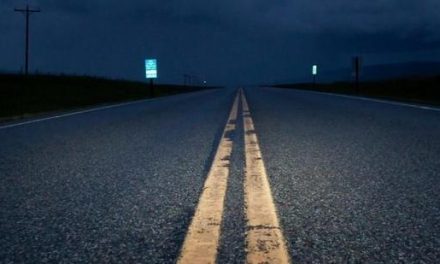