Once more into the breach, my friends! Today I dive deep with the next 15 prompts of 3000 Questions about Me and hopefully we all get to discover a little more about what makes me tick. Links to entry 001 and 002 are found at the bottom of this page.

My biggest regret is that my depression and anxiety have taken so much from my life, or at least that they have pushed off what could or should have been more joyous experiences. Some times they are so taxing that I don’t have the mental energy to even face my friends, let alone try to go out and meet new people. It is my sincere hope that, with some changes I am actively making, I can find an ongoing solution that will help me live the rest of my life to the fullest.

This book sure is starting off with heavy questions! Over these past years I’ve given considerable thought to my own mortality, and I have to say—simply—that a good death would be one where friends and acquaintances remember me fondly and as a source of inspiration. Nothing more, nothing less.

Though I’ve carried various slogans through my life, such as the Boy Scouts’ “Be Prepared” and “Do a Good Turn Daily,” I’m trying very hard at this point in my life to take some of my company president’s advice to heart. “Don’t worry about things you have no control over.” Worry and anxiety go hand in hand, especially with the looming spectre of unknown change, but I’m actively trying to divorce myself from feeling so pent up and stressed out about things which I have no meaningful ability to affect.

This is almost a difficult one for me to answer, because there were long parts of my life where I would routinely re-watch episodes of Law & Order (the original series, none of the spin-offs), and even now I find myself putting on episodes of Border Patrol: New Zealand and the like on YouTube, even if I’ve seen them before. On the other hand I haven’t actually owned or used traditional TV service for going on fifteen years, and so my ability to watch re-runs is limited. All in all I think it depends on the show, but largely I would prefer new content to old, static episodes of the past.

Have you ever won any kind of contest yourself? (0035)

The contest that unquestionably comes to mind is a state-wide talent show when I was a member of FHA-HERO back in high school. Our local region came together and, at our quarterly or semi-annual meeting, held a talent show for the ~200 or so students who wanted to participate. The winner would advance to the state level, and a grand prize would be given at our annual state meeting for the student with the best performance.

I remember it was 10th grade because in my English class we were discussing different forms of expression and we had just covered a section on pantomime. I decided that I would perform a silent act for my routine, one that I hoped would get laughs; I would portray a stage magician whose tricks didn’t quite go as planned, and his having to try to rally the crowd back onto his side. Unexpectedly I took first place at the regional level, and a month or so later I was in Fresno for the state meeting, there in a pageant with the other 8 or so regional winners. I remember someone gave a soulful rendition of “Yesterday” in the style of Boyz II Men, and we all expected him to take the trophy. Again, unexpectedly I was voted best talent act, and won a small plastic trophy with “First Place” engraved on the base.

I still have that trophy, and I often think that my experience in the competition, being so successful and receiving such feedback, was the start of my journey with theatre.

Clever wordplay. Not puns particularly, but the ability to say things without saying them—as a friend would say, “not making the subtext into text”—usually gives me a smile and chuckle, particularly when someone else catches or is in on the joke. It’s something I very much appreciate about many of my friendships, that we are both clever and interesting enough to engage in witty banter.

I think there is little in life that should be rushed into or unreasonably delayed, if for no other reason than opportunities come up and we (or at least, I) worry so much about “what if” that I lose sight of the fact that I should also ask “what if not.” I had a chance to go skydiving a few years ago and I really, really wish I had jumped (heh) on it. Of course I could make the time and schedule such an experience even nowadays, but to have the opportunity land in my lap and then not having taken it, I feel like I really missed out on something, and it makes me wonder what other opportunities I’ve either ignored or shied away from because I wasn’t able to see their value or novelty straightaway—meaning that I let doubt and fears get in the way.

I absolutely am. For me, the equation is simple; if I don’t need my organs any more and someone else does, what a selfish corpse I would be to not help out. Donor organs are scarce enough, without me saying “oh, I’ll need that when I’m dead.” If they’re in good enough condition, my liver, heart, eyes, lungs, and skin can go to a large number of people who are suffering and wondering if their name will be called before they die. I wouldn’t say it’s a final case of charity, but I will say that it makes objective, societal sense.

Should parenting classes be mandatory for new parents? (0039)

I strongly believe that people embarking on an endeavor be provided with as much reliable, data-driven information as is possible and reasonable. There is so much pseudoscience and historic advice that has turned out to be flawed when looked at under careful and rigorous study, I want to give everyone the best chance possible at having a happy and healthy life for themselves and their family. I don’t think it would be in any way moral to mandate that people take classes before getting pregnant, but I believe that the opportunity for such be open and available to all, and accurate to current understanding of best practices.

What is the number one thing people are always asking you for help with? (0040)

Computer support, hands down. Though my circle of friends has shrunk in the past several years, I still get a request here and there for tech issues, be it in person, by text, or through email. I’m very happy to put my decades of experience in this field to use, but that doesn’t mean I want to go home every night and do low-tier tech work. I’m not trying to aggrandize myself, but that would be like a CPA coming home and finding his neighbor asking for help on reconciling his check book. To help stem the tide, I think I’ve come up with a novel, and funny, way to ensure that people who ask for help understand the value of my time and experience: “I only do free tech support for you if you raised me or we’re sleeping together.” Thankfully I have not received (too many) cringe-worthy offers in response.

What movie did you love the original but hate the sequel? (0041)

Something about the grammar in this question really puts my teeth on edge, but that aside I think there are many examples of movies I enjoy where subsequent attempts really fall flat. Resident Evil (2002), Speed (1994), Wall Street (1987), Blues Brothers (1980) and Highlander (1986), all fall into this category. There are elements I genuinely appreciated in the original that were just not translated well (or at all) to the sequels.

Definitely talk, and that’s because I don’t think I need to prove myself as a person of action. What I mean is that my actions already speak volumes about who I am and what I believe, and as such I don’t have to make a special point of doing things in order to convince others. If given a topic I can ramble on and on for what seems like hours, which I think firmly puts me in the former category rather than the latter. I think it’s important to take action when action is warranted, but talk can get a lot done as well.

Have you ever given someone a handmade present? (0043)

This is the story of a cutting board I gave my mother in eighth grade. I was enrolled in woodshop class, and decided to make a very nice cutting board with inlaid purple heart wood. Unbeknownst to my teacher at the time my grandfather was an accomplished woodworker and machinist, and had a full shop at his disposal. He and I set to the project, cutting the boards and strips to length, planing them to height, laying them out, and gluing them together with the help of a hand-press. I returned to the shop a week later to continue the project and discovered that my grandfather, not one to leave a project unfinished, had gone ahead and sanded, lacquered, and sealed what was supposed to be my hand-made gift for my mother. My teacher was blown away at the craftsmanship and gave me an instant A on the project. While I retell the story with even keel these days, it bothered me for a long while that my grandfather didn’t respect my agency enough to let me work on my own project. Later that year I gave her a clock I had lathed, all the flaws and pits of handmaking intact, as something of a consolation to myself.

Much as I explored in my last entry, the trait I really hate to see in people—myself very much included—is hypocrisy. If you claim to believe something, don’t immediately start pointing to exceptions and exclusions when pressed. A historic example I use is the National Rifle Association; once a proud organization working to uphold and reinforce the gun rights of all Americans, they were very quick to draft legislation in California which stripped gun rights when black people began exercising their legal rights (even today the Wikipedia entry on the Mulford Act has a very sanitized version of events). I believe America shouldn’t need an asterisk after our pledge of allegiance denoting that certain terms and restrictions apply. Of course belief and support of an issue, an ideology, or a course of action is not always binary matter, but it absolutely floors me that so many are able to say one thing and do the other, with no social repercussions. Where is the accountability?

Could you live without electricity for a week? (0045)

Even with how connected and online the modern world is, There are many times where I have spent extended stays in the wilderness without electricity, most notably when our Boy Scout troop hiked to Evolution Valley. Though I use electricity and the internet to communicate with almost everyone I know, I think being without electricity would not be an undue hardship, so long as expectations were accordingly modified (something tells me work would be suitably upset if I just didn’t show up for a week). 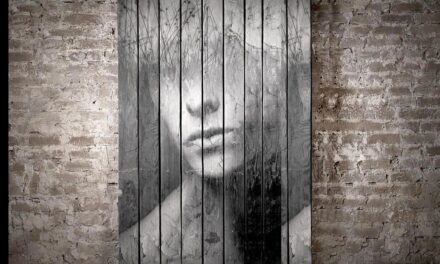 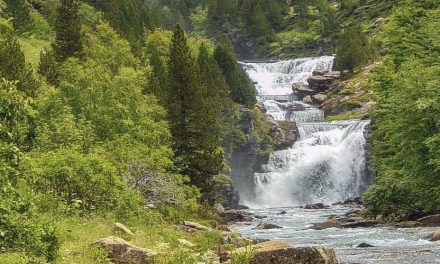 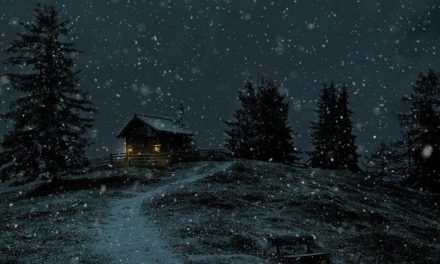