Elia was not difficult to find once we arrived at the Rust Canyons – several Disfavored soldiers were mocking the defenses her band had erected, taunting her with the promise that they were going to kill their newest prisoners slowly, just so she could hear them. I may have had my disagreements with the Disfavored in the past, and admittedly in the present, but I had not known them to be this particular breed of bloodthirsty. Perhaps it was the storms, the infertile ground, and the pressures of constant war that had pushed these soldiers over the edge. Perhaps.

Under the pretext of gathering information about the Unbroken camp, I followed the Disfavored soldiers as they left, growing tired of taunting their foes, unassailable as they were behind thick walls. They had been telling the truth, there were prisoners here, tied and bound as if pigs for slaughter. The leader of the camp held up his hand, his voice just shy of apologetic. “Normally I would welcome a member of the courts,” he began with a not-quite genuine note of regret, “but Graven Ashe warned me that traitors would be coming, and we have no use for Voices of Nerat’s lapdogs in our kingdom.”

After the fight we released the prisoners, and though I was proud of Barik’s selfless defense of my person and fellow traveling companions, I stopped short of actually praising him. I could tell he was disturbed by the soldier’s words to Elia, and that perhaps he was starting to see the Disfavored as I had ever since I came down on the side of the Scarlet Chorus – petty thugs hiding behind the veneer of honor and discipline. Doubtlessly we would talk about it at some point, but in the middle of a wind- and dust-swept valley filled with bones of armies long dead was not the time.

Elia didn’t like the idea that we wished to speak with her, in any capacity, but between a letter Mattias had sent ahead and the words of the prisoners we released, she opened her gates to us. Her encampment was impressive, doubly-so with the utter lack of building materials available in these blasted lands, and she had a fair number of soldiers under her command – perhaps this is what Mattias’ unit would have looked like had we met them before the constant harrying by the Scarlet Chorus.

As we prepared to sit down and discuss the reason for our visit – namely the acquisition of ancient relics which were said to be able to turn aside magic, and may allow us to bypass the windwall which isolated the keep – guards at the East gate yelled out that more Disfavored had arrived, intent on striking a crucial blow to the camp’s defenses. The question in Elia’s eyes was answered by my companions and I marching into battle, for the second time in as many hours.

Looking quickly over the field, Elia lamented the lack of Disfavored commanders on the field. “They’re trying to stall us!” she yelled to her troops, who redoubled their efforts. Even if the initial attack was meant to delay our escape, their swords could still cut us down as the real assault. With scouts atop the walls announcing that the main Disfavored force was advancing, once their initial raiding party broke through the Eastern wall, Elia ordered us to take the healthy and head North, to another “secure” niche the Unbroken had carved out for themselves.

The only true roadblock to our escape was a second – or should it be third – wave of Disfavored marching our direction. Our options were to die or kill more soldiers loyal to Kyros. To some degree I understood the difficult position Mattias was in when the Scarlet Chorus demanded that his unit surrender. 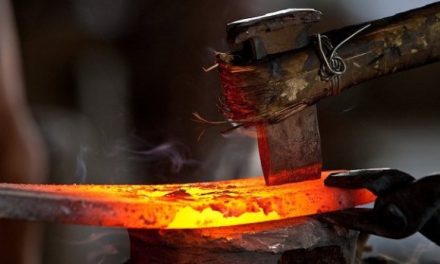