In early 2008 I took a job for a multinational online media distribution company headquartered in San Francisco. Splitting my time between senior help desk support and system administration, many of my days were spent helping users on three continents accomplish their goals while many of my nights were spent streamlining and automating much of the maintenance and other manual processes we had to perform on the over 200 servers which made up the backbone of our organization.

The work was varied and interesting, and provided me a very eye-opening view of what working for corporate America was really like. I learned quite a bit about the art of contract negotiation, project management, setting expectations, and the proper running of an internal help desk – many lessons I put into practice almost daily even ten years later. I could go on and on about the technological procedures, experiences, and exposures which helped broaden my view on what it was to work in the IT field, but today I’m talking about a life lesson imparted by my manager that far and away has been the most valuable takeaway from that job.

At that point in my life I had worked for several bosses, and under a handful of managers, and had what I thought was a fair understanding of what made a good boss. One thing I learned from my supervisor in San Francisco though, has been reflected and proved invaluable in theatre, in community organizations, in dealing with clients, and even internally to companies. More than just spouting off axioms and little quotes from an inspiration-a-day calendar, what drove its validity home was that he actually practiced it, and I could see the effect it had on his team and the rest of the company.

What he taught us was that a key aspect of being a good and effective leader is the ability to shoulder responsibility when it came to failures or shortfalls, and to pass all praise and compliment for jobs done well to the team. It wouldn’t be a stretch to say we’ve all seen or had those bosses which passed the buck whenever something didn’t go as planned, but took all of the credit when projects came in early or under budget. Seeing the opposite not just in theory but also in practice was truly eye-opening, and I have done my best to impart the same to my various teams since, both in word and deed.

There was a large project that ran over budget, mainly due to our entire department having to work nearly straight through a weekend in order to facilitate its completion by Monday morning. A lot of (overtime) man hours drove up the cost, and the higher-ups demanded to know why the budget was so overspent. My manager took all of the heat himself, talking about failures to properly account for or forecast the various roadblocks or difficulties we ran into, not once trying to shift the blame, or allowing it to be shifted, to the employees under his direction. Of course we had a team meeting later where several employees were chewed out for simple or careless mistakes which caused the problems which lead to such a long weekend, but he took care of that himself, without getting senior partners involved.

On the flip side, I completed a rather significant project that involved reprogramming and redesigning our internal and customer-facing issue support system, streamlining workflows and automating project assignments across five different departments. I was genuinely proud of the work I put in on that project – and still am – but didn’t expect much in the way of compliment or praise for the many hours of learning, coding, and testing the system for it to have as smooth a launch as it did. In prior jobs compliments for that kind of work were shared between upper management, and rarely trickled down to the men and women in the field. Instead, this time my manager didn’t take any praise himself, going so far as to specifically name myself and a co-worker in a reply to the all-staff email the president sent out remarking on the smoothness of the new system, making sure we got the credit we deserved.

Many times support staff, from the people working in customer service to those in purchasing, get the short-shrift when it comes to handing out praise for a difficult project being completed on time or a problematic customer being placated. All too often I have heard and seen the resentment that lack of recognition breeds, and I don’t want anyone to feel like they don’t matter or their job isn’t important when they’re contributing to the team.

Even though my current position is less managerial than it used to be, I still make a specific point to thank the team – and not just those within IT – when something goes well, smoothly, or we managed to avoid difficulties when it comes to service delivery. It takes a whole team to perform at the highest level, and I want to make sure each and every one knows their value. 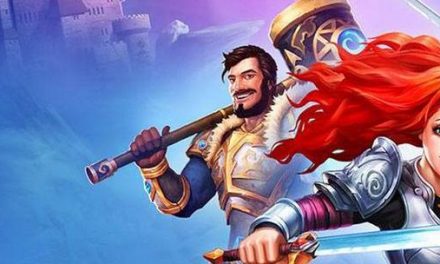