In this inaugural post discussing the idle mobile game AFK Arena, I wanted to discuss effective ways to arrange your heroes on the battlefield to maximize their potential, and help you climb up the leaderboards as effectively as possible!

Each team on the field has heroes in any or all of five positions, labeled here for reference. As the battle starts, the two front-line heroes (in spots 1 and 2) clash against the opposing front-line heroes. Characters in the back-line (positions 3, 4, and 5) help the front-line in dispatching the enemies. When a front-line defender is defeated, the heroes who were engaged then move to the back line.

The many ways to categorize and group heroes belongs in a post all its own, but for this entry it is sufficient to say that there are “tanky” characters—those with a high number of hit points and a large armour buffer—and those that aren’t. Non-tanky characters include high-damage rogues, spellcasters, and support heroes that are vital to have on your team, but don’t fare well on the front line.

In the above picture, the player’s front line (positions 1 and 2) is filled with the hard-to-kill heroes Hogan and Lucius. While they may not deal the most damage to enemy heroes, they make up for it by keeping their foes busy, focused on them rather than on the squishier back-line heroes. The longer the front-line survives, the longer the back-line has to harass and cause real pain for the opposing team.

Speaking generally, heroes will focus on damaging the hero(es) directly in front of them, only seeking other targets when the board ahead is clear. The front-line will advance toward the opposing front-line, while the top and bottom heroes (positions and 3 and 5) will support them. The back-middle hero (position 4) will choose one of the front-line heroes to support, and will stick with that decision for the rest of the fight.

Some characters have special abilities that allow them to skip past the front defenders and attack the back-line directly. While powerful and very disruptive, these characters are often easy to kill when attacked directly, and they can be countered by putting a heavier-hitting back-line character in position 4, such as Saveas or Khasos, so they can react whether the opposing hero goes high or low.

Put simply, you want your highest-health and highest-defense characters in the front-line (positions 1 and 2), and your more specialist heroes placed safely behind them. Let your tanks delay the opposing team for as long as possible, letting your real damage dealers shine.

Stay tuned for future mini-guides on AFK Arena, and thanks for checking out my work! 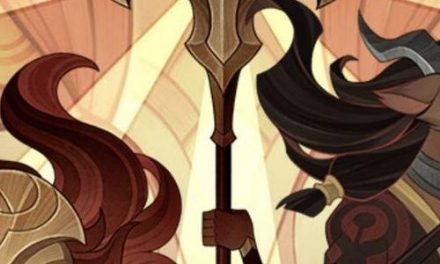