Hearing Ismene in combat, alone against innumerable alien creatures, sent Seth into a rage. All of her friends – Tommy, Tammy, and Roger – charged forward to meet the threat head-on, but the 1950s-era greaser did so without regard for his own safety. As bloated, oversized wasps filled the corridor, he ran headlong through them, focusing on the sound of her yells.

Shotgun blasts roared, punching holes in the thickening swarm. Sword strokes and fluid movements sent many insects spiraling to the floor. Any that got too close to Roger seemed to melt away, dust from their corpses soon thick in the air. Ignoring the repeated and overwhelming stings he received, Seth continued to run forward, calling out to Ismene.

Rounding the corner, he finally caught sight of her as she brought her aluminum baseball bat down on the head of an enormous, fleshy creature that was emerging from the wall – and which had James’ arm locked in its terrible mandibles. The soldier was white-faced, trying in vain to scramble away from the thing, unable to find purchase against its unnatural strength. Again and again she struck, forcing the thing to release him. Blood streaming down his ruined arm, he crawled behind her and trembled with pain and shock.

The strange, leathery worm turned its attention to Ismene, its jaw dripping the dark orange goo the party had seen elsewhere in the facility, and which apparently formed the base of the insect hives. Its back was ringed with rows of thick spines, each resembling the abdomen of the wasps filling the hallway, as if hundreds of them were embedded in its skin. Its eyeless face roared at her, rearing back to strike.

With the rest of the group dealing with the cloud of insects that separated them from Ismene, Seth acted on instinct, ignoring the wasp venom coursing through his veins with sheer will. He aimed his trusty revolver as he ran, batting bugs away from his face, and uttered words of power as he pulled the trigger. The classic firearm roared with a sound too loud for its small frame, and dense, golden energy erupted from its barrel, targeting the worm-thing. Utterly vaporizing many flying insects in its path, the blast struck the creature in its elongated neck, as it surged forward to feast on Ismene. Roaring in pain and knocked to the ground, the creature lay dazed as hundreds of new wasps emerged from the walls in defense of their leader. Mercilessly they set upon Seth in retribution.

Seizing the opportunity, Ismene aimed a powerful golf-swing at the thing’s head, putting all of her might into the attack. Between Seth’s mystical assault and her physical punishment, it all but exploded, covering Ismene with a thick, orange mucus. Her rage unsatisfied, she continued beating at the thing’s body, crushing the spines that spasmed with the thing’s last twitching.

“In the name of the sun!” Tammy’s strident voice boomed through the hallway, a bright flash driving nearby wasps away from her. They flew past Seth and Ismene, past the savaged body of their leader, and back into holes and crevices in the walls ahead. Taking advantage of the reprieve, Roger and Tommy continued their march forward, sending more insects to the floor as they advanced. With sword-strokes, bat-swings, and Roger’s otherworldly aura of dissolution, they cleared the last of the creatures from Seth’s fallen form, driving the creatures back from whence they came. 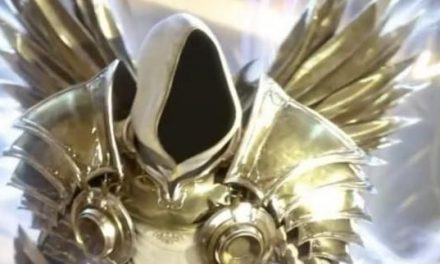