Conquest: On the Road

Leaving the Court behind us, Verse and Balik were quieter than normal, without any of the usual banter that would punctuate our journeys. While I assumed his silence was due to my telling Tunon that Graven Ashe failed in his duties to take the valley, I am not one to rest on assumptions. “My sword is pledged to you, nothing more,” Balik replied to my question coldly. “I will always be Disfavored, and be loyal to Graven Ashe.” I nodded in response, understanding his position, and to some degree appreciating the honesty.

As we approached the gates of the Bastard City, a spindly woman approached us, one I recognized from before. It was Eb, the Tidecaster, former warmage to the oathbreakers. She held her hands wide in supplication, bowing her head and begging for a moment of my time. “You spared my life during the war,” she began, “and while I do not support Kyros’ occupation of these lands, I believe you are destined for greater things; the activation of the Spire is proof enough. If you would have me, it would be an honor to serve at your side.”

Her request came as a jarring surprise. I turned toward my companions, to see their thoughts on the matter. Balik was impassive, stoic, and aloof, while Verse had her head cocked. “‘Join or die’ is our motto,” she shrugged. “Sounds like she’s chosen to live.”

After long moments of consideration, I accepted Eb’s offer and placed her under Verse’s watchful eye. “She’s your responsibility,” I ordered. “And you will answer to Tunon if she betrays us.”

We were four then, traveling Westward toward Lethian’s Crossing, lands I had placed under Disfavored leadership two years before, in order to secure their precious iron works. I had no friends among the Disfavored, particularly if Barik’s composure was any indication, but there were happenings that demanded my attention, and perhaps by accomplishing a little good there I could earn an audience – rather than demand one – with Graven Ashe, to speak with him and fulfill my responsibility to Tunon.

Before I placed the Disfavored in charge of the Crossing, a band of mercenaries called the Bronze Brotherhood were nominally tasked with protecting the locals. Disorganized and unruly, particularly under their ruler Raetommon, they were removed when Kyros’ army took control of the area, a decision for which I surely earned no favor. On our way to the Crossing, we came upon a small bridge guarded by Bronze Brotherhood warriors, who demanded that I speak with their leader before attempting to cross. Verse was tempted to teach them a lesson about denying their betters, but I waved her off; I was ultimately responsible for their removal, and I would handle the consequences.

Raetommon was an unpleasant, often paranoid man, seeing spies and thieves in every shadow. “I don’t appreciate you invading my territory, Fatebinder,” he began, walking out from under a nearby tree. “I knew you would come, rubbing our nose in the past. In your victories.”

Ignoring my attempts to assure him that I had no interest in Brotherhood affairs, and was just passing through “their land,” he threatened that his entire band would descend upon me if I stepped out of line. I looked past Raetommon to his second-in-command, who I found much more rational during the first Tiers war. She gave the barest hint of a shrug, eyes softening. She knew her leader was driving them down the path toward ruin, but wasn’t ready to stand up to him.

I politely, yet curtly, told him I would be on my way, and shoved his guards out of the path. There was enough on my plate to deal with and I didn’t need a surly, slightly deranged, bandit leader adding to it. 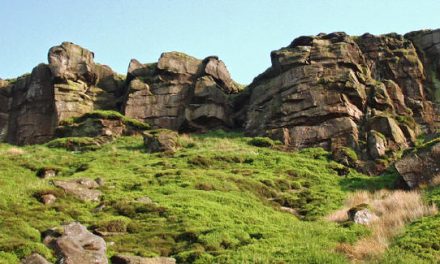