Patrons of the Maiden’s Whisper sounded like tavern-goers from any time, any place – loud, slightly intoxicated, and convinced their personal trials bore the weight of the world. Brooding, drinking slowly alone in a corner, Gerard Nefar failed to tune them out. Everything sounded so similar, and so much had changed.

A strip of crimson cloth bound his eyes but he saw more than most, had seen more than most. The world he knew had vanished ages before, and perhaps relying on his new senses instead of sight made the transition easier. He tried hard not to think about it, but every evening found himself failing.

Kneeling proudly before his King, Gerard had been knighted with the title “Legendary Defender of Ascalon” after numerous successful raids against the encroaching Charr. He and his men struck at the warbands that came to attack the great wall, time and time again scattering them to the wind.

He heard a sound like never before. A tearing, ripping of the air itself. House-sized, fiery crystals poured out of the sky, landing with explosive impact all across the Human capital. His last and sharpest memory was looking up in horror as one broke through the clouds just above him.

“The Searing,” those dark days would come to be called; the moment when Charr shamans broke the world, destroying every Human settlement they could reach. The losses were uncountable, including untold brave soldiers like Gerard, fighting to protect their loved ones and their very Empire from eradication.

Every evening he dreamed about what happened after, the place that stole his mind. A thick fog surrounded his senses and he knew only combat – swords and pikes, claws and teeth – from every direction. Unending, relentless fighting the likes of which only the war god Balthazar could enjoy. Every moment was a fight for survival, every minute an eternity of sweat, blood, and strife. Time lost all meaning in that horrible place. He didn’t have time to think, but even so he never believed he would escape that hell.

Two hundred years. From the moment he was lost to the moment he pulled himself out from the rubble was more than two hundred years. He remembered weeping, sobbing loudly into the dark, even if he couldn’t recall why. The pain of existence? The cessation of primal slaughter? The feeling of tactile earth beneath his feet? He may never know.

He nearly killed the first Charr he encountered, fumbling as he was over ruins of what was once his homeland. Only the astonishment at seeing the short, long-eared creature by its side stayed his hand. Such misunderstanding was the first of many in his return to life.

The Searing. Orr’s destruction. An attack on the Canthan Emperor. Elona’s strife with a long-forgotten god. Empires rising and falling. New races. King Adelbern’s sacrifice. And then, of course, the dragons’ return.

Gerard wanted anything to do with the new reality he found himself in, so alien and unrecognizable from the one he remembered. He wanted to disappear, to hide away from the world until it feels more comfortable. He wanted to understand why he came back, for what purpose.

Even death and the Mists couldn’t remove his sense of duty, however. Though Ascalon was gone, and some Krytan Queen ruled the humans, Gerard was at his core a soldier, born and trained to protect others. Everywhere he traveled people faced danger – rampaging wildlife, centaurs, “destroyers,” the suddenly ever-present undead – and he could not bear to pass one more burned-out home where lives had been destroyed.

Sipping his ale quietly, broodingly, he knew the decision had been made. No matter how unrecognizable the world had become, he was once again sure of his place in it. Not for glory or gold, he would defend others because they needed defending. He would show the world what mettle the Ascalonians carried within themselves, what respect for duty and country.

He sighed, shaking his head slowly. Tomorrow he began his journey to see the Queen and pledge his service. 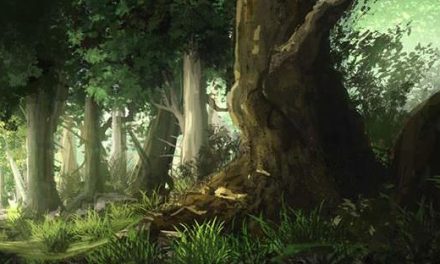