Tommy hung up the phone, turning back to the group as they collected their investigative gear. “I heard from some contacts – there’s a ranger at Ancil Hoffman Park who was on-duty during the supposed monster sightings. It sounds like he’s our first clue.”

Ismene nodded, valiantly trying to wear a hopeful smile, watching Xavier eat breakfast as if the previous evening’s events hadn’t ever happened. “Let’s go say hi to the friendly officer, shall we?”

Xavier neither offered to tag along nor did anybody say a word about it.

“What do you know about werewolves?” Ismene curtly asked of Harry, calling him on his personal phone.

“Uh, hi Ismene,” he tested, unsure of her motives.

“Hello Harry. There are monsters in the woods and we need to track them down. Will you help us?”

“Werewolves in the area? Things are different since the government covered up their X-47 program, but if things are spilling into the public, it might be a territory battle. Rival packs or clans or caerns or something.”

“We’re going to the park tonight. Are you coming?” she asked, neither chipper nor accusatory.

“You – you want me around?” he hesitated, unsure of his social footing.

“We all mess up, particularly when we deal with things we don’t understand. You cleaned it up, that’s what’s important.”

“I – I don’t know if everyone else is ready to have me around again,” he fretted.

“Great, we’ll pick you up at 7,” Ismene cut him off. She may not have been happy with him, but his help in dealing with the supernatural, let alone the looming “Crawling” event to stop at the air force base, would be invaluable. She hung up the phone, her mind made up.

“If this park ranger has been on-staff during the werewolf sightings, either he’s seen them or he is one,” Seth warned, conspiratorially.

“I don’t like the sound of that,” Tammy replied, worried.

Pulling up to the Ancil Hoffman Park ranger station, Tommy rolled down his window and asked for directions. “Is Larry Martinez here? We’d like to speak with him.”

The van of investigators was directed to park, and several minutes later a late-thirties, heavyset officer approached the vehicle around which the gang stood.

Ismene and Seth stepped forward, the latter having been entrusted to hold the official Pandora’s Box video camera – a rare honor he accepted with gravity when she proposed it. Tommy, Harry, and Tammy began looking around the area for any clues while their friends lead the interview.

“Officer Martinez, I’m Ismene Percell, and it is a pleasure to meet you,” she beamed. “I’m doing a story about the park and how visitors can enjoy its trails while staying safe.” She gestured to the camera. “Nature documentaries are all the rage now.”

Pleased to meet a journalist, Martinez was quick to spill information about where hikers have made mistakes, what kinds of dangerous animals made the park their home – namely snakes and the occasional cougar – and how civilization and nature can co-exist peacefully. Nodding and taking notes, encouraging him to continue talking, Ismene deftly turned the conversation from mundane animals to more speculative or unusual noises heard in the park of late.

“I know a lot of people won’t believe me,” the officer confided, leaning in, “but I know what a cougar sounds like, and there’s something bigger than that out here. Two things, and a lot bigger. I don’t know if they’re something that escaped from the zoo or what, but there are ferocious animals out there. Maybe another kind of wild cat or predator. I hear them at dawn and dusk, as if squaring off.”

“That’s fascinating,” Ismene awed, only a little impressed in the wake of recent events. “Where did you hear the commotion?”

“Along the river, mostly,” he replied, opening up. “I thought I saw one of them too, but it disappeared by the time I turned my flashlight on it. I haven’t been back that way since, certainly not alone.”

“Officer, thank you so much,” Ismene concluded the interview. “I think this is going to be a great expose on the beauties of nature and how Sacramento residents can enjoy it.” She offered her card and they exchanged contact information, “in case the story develops,” she said. He returned to the ranger station, wishing her well in her story.

Reconvening, the group pointed out several trees that showed strange, oversized claw marks, large indeterminate paw prints in the grass, and trails that seemed to slink into the darkness, toward the river.

“Martinez didn’t seem like a werewolf to me,” Ismene reported. Seth shrugged, unsure – Ismene had vetoed his idea of asking the ranger flat-out if he was a lupine. “So we have non-local super-sized wolves and a giant cat,” Ismene suggested. “Fighting over territory on the river, perhaps.” The rest concurred, and she looked out into the darkness. “There’s only one way to find out. Shall we?”

Arming themselves with their assorted implements and protective measures, the investigators started making their way to the southern end of the park, near where the American river crossed through the preserve, the delta breeze sweeping away the hot, humid afternoon air. Harry pulled out an overly-large flashlight that could serve as a weighty cudgel in a pinch, and Ismene made sure her aluminum bat was close at hand.

The evening trails were largely empty, the almost-Autumn weather and reports of escaped zoo creatures keeping most out of the nighttime wilds. Before long the group ran across a pair of hikers, seeming to appear out of the darkness as the sun dipped below the treeline. A mother and daughter, well-worn walking sticks in hand, gave a cursory nod to the investigators as they passed. Seth’s eyes widened and his face blanched – his uncanny sense of smell told him the two women weren’t human at all, but that they smelled strongly of wet dog fur. Like werewolves in the river! he thought.

“Ismene, wouldn’t it be great to get locals’ take on the rumors about the park?” he urged, trying to gesture feverishly with his head. Not catching the urgency of his suggestion, she nevertheless agreed, and introduced herself.

The hikers were named Cindy and Kate, and were a mother and daughter who had spent “many nights” in the woods, and thought the recent uproar was “nothing to be worried about.”

Seth’s continued strange behavior set everyone on edge, but Ismene’s charms kept the pair talking until Seth felt the need to speak up. “I think what we’re looking for,” he strongly suggested, “is right under our nose.” The hikers frowned at the strange man dressed like an extra from West Side Story and began to walk away.

“I’m suing the zoo,” Harry piped up, not knowing why Seth was acting so weirdly, but understanding that he at least thought the group were onto something. “Emotional trauma for locals, dangerous living conditions, that kind of thing. Were either of you two worried about the recent animal escapes? There could be big money in it for you if you were.”

Harry was just slightly better at small talk than Seth.

“Oh forget this,” Seth finally spat, as the women turned to continue their walk, blowing off Harry’s “generous” offer. Waving his hands in strange, intricate patterns, he spoke in a low but distinct tone, strange words in a language none of his companions knew – he was performing magic.

A cobalt-blue glass prism erupted from the ground around the older hiker, freezing her in place. The daughter hunched forward, arms outspread, snarling mouth seeming to elongate and fill with teeth, her eyes reddening with rage.

“I told you! I told you they were werewolves! I cast a spell that would only capture a moon-creature, and she got frozen!”

The rest of the party, in shock at the brashness of Seth’s actions and the results they elicited, reached for their weapons. Baseball bats, knives, and a shotgun came out, ready to defend against any assault by the unmasked creature.

“You fool,” the woman snarled. “What have you done with her? We aren’t your enemies here.” She made no move to advance, though whether it was out of a desire to defend the frozen elder or from fear of their weapons, none could say.

The tense standoff broke when fierce growling rumbled out of the woods. “The Valley Panther,” Tammy and the woman identified at the same time.

“Werewolf go free!” Seth commanded, twisting his hand in a wrenching motion, shattering the crystal prison he had summoned. The older woman assumed the same aggressive stance as her partner, features changing in much the same way.

“You idiots,” she snarled between sharp teeth. “Are you siding with that unnatural thing?”

A large black shape leapt into the path, between the investigators and the hikers-turned-werewolves. Roaring at the pair, an enormous panther made of pure shadow seemed to be defending the group, all of its attention on the still-evolving monsters.

“Oh my,” Tammy gasped, a hand going to her mouth. She felt as if she and the panther were one – were cut from the same cloth. Could the shadowy beast be another emissary of Sekhmet, called to Earth to spread order and structure?

At her utterance the huge feline turned its head, eyes growing wide as they met Tammy’s. With a sudden shock, like it had been jolted by electricity, it jumped off the path and back into the darkness from whence it came.

“Did it look confused to anyone else?” asked Tommy, ready to spring into action.

Ismene’s response was cut short by a cacophony of howls from the darkness, as if an entire pack of mountain lions had surrounded the two groups.

Everyone prepared for attack, none knowing which group held loyalty with which other.

← Previous – MotW: Burning Down the House Next – MotW: Going Rural → 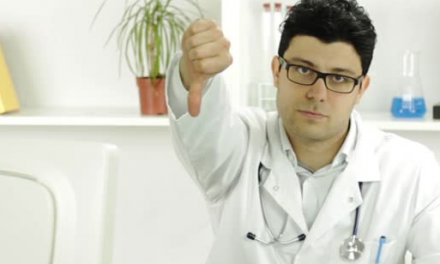 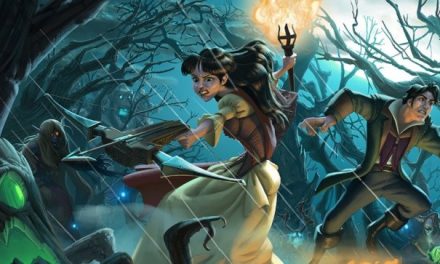