Roger, Jolene, and Tommy fell bodily into a weird, super-advanced, alien technology shop, far removed from the misty hellscape they left. “Oh god, we’re in the future,” Ismene instinctively. Her protective gear spilled off of her, leaving her naked, holding her expensive camera and several coins in the middle of what appeared to be a laboratory.

Bael’fagor, having arrived behind everyone else, wrinkled his nose distastefully. “I don’t like this place,” he murmured to himself.

“This place isn’t for you,” Roger retorted. “This is my place.”

“Is that’s why it feels so hot and humid in here?” Jolene asked, wiping sweat off her brow.

Bael’fagor snapped his fingers and clothes appeared around Ismene, surprising her into almost dropping her camera.

“Please do not do that in here,” Roger snapped. “You do not belong here.”

“So much for helping.”

“I can respect that.”

“The way out is this way,” Roger offered, without a hint of subtlety, a short, squat door opening in the wall at his mental command. Ducking under the low frame and turning sidewise to fit his large frame through it, Bael’fagore wormed his way into the outer room, followed by the rest of the group.

Walking out of a linen closet in a standard Sacramento suburb bathroom, the two-bedroom townhouse was immaculately clean, as if it had been never used. Exceptionally average, nothing stood out or looked askew or even lived in.

“You live like this?” Ismene asked with exaggerated concern. “Darling I can help you.” Her smile fading, she started looking around the small home. “I need to call Javier,” she realized aloud.

“I own a telephone — it’s over there,” Roger pointed to a desk phone that may not have been there moments before.

“Don’t worry about it,” Bael’fagore offered, sticking his thumbs into his jean pockets. “When I heard you calling me, I knew things were bad. I made sure nobody would poke around into why you weren’t available, no matter how long it’d be,”

“I don’t like the sound of that,” Ismene worried, her brow furrowing.

“Well, it sure is getting late,” Roger suggested in an exaggerated voice, gesturing to the door.”

“I get it,” Bael’fagore said, pulling a thin cigarette from his jacket pocket. “If any of you need anything further,” he said to Tommy and Ismene, “you know where to find me. But try not to need anything,” he winked, making his exit.

Roger locked the door behind the demon wearing man-flesh and drew the curtains tight.

Ismene dialed the phone, nervously pacing as she waited for her assistant to pick up. “Javier, is that you?”

“Thank god, Ismene! Big B told me you’d be a little late,” he replied. “I should fill you in, a lot’s happened since you’ve been on your trip.”

“It’s almost Halloween, Ismene — your favorite holiday. You’ve been away for two months.”

Once the shock wore off, Ismene’s voice was calm and businesslike. “Javier, fire up the studio. Pandora’s Box is back on the air.” 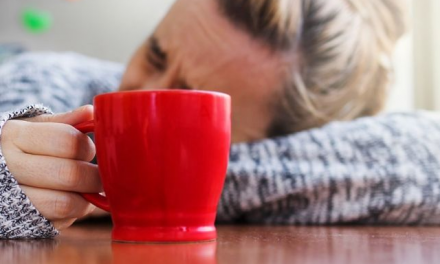