I know of no race in, on, or beyond Toril that is wholly without strife. War, hunger, jealousy, and ego come to a head in all civilizations and in all walks of life, and while strife is a common thread that unites us all, in the best of times it is known only in brief, passing moments, more a memory than a recurring threat to life and limb. The citizens that make the Sword Coast their home, whether by choice or circumstance, do not have that luxury, and suffer both the metaphorical and physical slings and arrows of hostility with each step.

Monsters lurking in the rivers and obscene cultists hiding in the shadows are threats that must be dealt with, but they do not weigh upon the mind as heavily as the ruined architecture and evidence of shattered lives that surrounds the besieged city of Neverwinter. Wanton violence has become such a normal aspect of life in these lands that every stone and post seems to bear its scars, weighing down the spirits of all who walk the paths of this once-beautiful land. The mood is oppressive, heavy, as if the entire region were under constant threat.

Returning to town as I so often do with the foulest of grime and viscera clinging to my mace and shield, I have perhaps a more front-row relationship with the physical and spiritual dangers which exist in the dark places of this region, in the back-alleys and overlooked sewers where evil finds ready purchase. After a thorough cleaning—which itself has become a nightly ritual out of necessity, let alone proper manners—I was asked by the serving maid how I always seemed to have a peaceful serenity about me, no matter the terrible things my work must require I deal with. I accepted her question as a compliment, sipping at the lukewarm ale she had placed before me.

“What benefit would my anger and disorder provide?” I asked rhetorically. “There is too much chaos in the world already—some of our foes even feed upon it, gain strength and sustenance thereby.”

“But the things you see,” she trailed off, shaking her head. “I can’t imagine.”

Truth be told, I’m of two minds on her comment. On one, I am of the sad belief that she has seen more of the horror and fragility of the spirit than she believes, becoming inured as the fates worsen. On another, I am incredibly thankful that she is able to stay warm and relatively safe working at the tavern, and hasn’t seen the true face of the terrors which move beneath the puerile surface of the word.

“I am able to hold my composure,” I answered after a long minute of reflection, “because I live with the absolute confidence that we will succeed, that life itself will prevail over the darkness. Whatever pain or peril we suffer today, it is but a step towards a better place of our own making.”

She nodded, giving a wan smile, and left my table to tend to other customers. I don’t know how I would have responded to that answer either. I’m far from always at peace, but my purpose does guide me, does lend me strength, and ultimately, provides me the tools necessary to stand tall while my enemies are laid low.

That I am able to show others that it is possible, even preferable, to have hope in these troubling times, is perhaps a greater gift than any number of monsters slain could be. It is hope, beyond all other things, that will see us through this dark night. Ultimately it is that hope itself which allows me to face that which I must, in order to confront and right the wrongs which have seeped into this fertile earth.

Header image taken from promotional material for Diablo III by Blizzard Entertainment. In the game Malthael is the archangel of wisdom, tormented by the presence of humanity which has clouded his vision and dimmed his intellect by their very existence. Eventually becoming the embodiment of death itself, he wages war against all of humanity, sinners and saints alike. 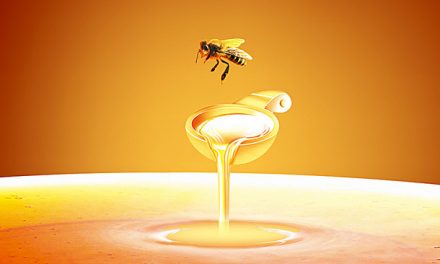