“Bad news,” Tommy shook his head, hanging up his cell phone. “My people have found out the Air Force base experiment not only got delayed, like we wanted, but also moved.”

“To where?” Ismene asked, a worried look on her face.

“It’s in Rio Linda, out near the emu farms and meth labs. We have four days before they start up again – ceremonies start up at 11:59pm on Sunday.”

“The witching hour!” Seth perked up, happy to know something relevant. Nobody was in the mood to patronize him, so he went back to drinking his strawberry milkshake.

“Rio Linda?” Ismene frowned more deeply. “They just broke ground for a new hospital there. A research hospital of some kind, but word on the street is that their research isn’t anything savory. A lot of big, unmarked trucks and high-security equipment has been headed out there.”

“When do we leave?” Tammy asked, as much a suggestion as a question.

“We need to make preparations,” Tommy admonished. “They know the ritual’s been disrupted before and they won’t let it happen again. They’ll be ready.”

Seth reached purposefully toward the revolver in his waistband but didn’t pull it out, much to Ismene’s relief. “We’re going to need to be quiet, deal with advanced technology, and handle the legions of fanatical religious cultists, let alone the cherubim Elijah himself,” she posited. “That’s a lot to face. Should we go back to my studio to draw up plans?”

Shaking their collective fists at the state of Sacramento city traffic, some time later the group arrived at Ismene’s new office for Pandora’s Box, a converted art studio purchased and furnished with insurance money from the burned-down remains of her previous public-access show headquarters.

Javier, Ismene’s production assistant and former unwitting host of a demon spirit, introduced a new face to the group as they arrived. “This is the guy I’ve mentioned before, the one who’s been writing? Now that the new studio is up and running, I figured it’d be a good time to meet.”

“Roger,” the youth introduced himself, shaking Ismene’s hand. “Javier here has been making some unusual queries about unusual places, some of which have a particular interest to me.”

“Shady people doing shady things, and we aim to stop them,” she explained offhandedly. “How does that sound?”

“It sounds like we’re on the same team,” Ismene smiled. “We’re drawing up plans now to make a nice dent in some bad mojo, if that sounds interesting to you.”

“I like the idea of tweaking their noses a bit. Let’s just say I have a grudge against these people,” Roger agreed.

Introducing him to the rest of the group, Ismene lead the youth, looking no older than late teens behind his dark sunglasses, to the studio’s back room. “I know a little about some strange goings-on in Rio Linda,” he offered after a round of handshakes and polite nods. “There’s a government black site there – far more underground than above. A lot of bad programs get started on the lower floors.”

“We’re going to stop them from summoning a demon,” Tommy said bluntly, reducing the whole of their plan into just a few words.

“Do you, we, have any more scientific information about this demon?” Roger asked, intrigued. “Perhaps what plane it comes from, its corporeality or its lack thereof, so on and so forth?”

“Demons come from hell!” Seth blurted out, raising a finger into the air. Tammy nodded emphatically.

“Not everything we call a ‘demon’ is actually a Biblical demon or devil,” explained Roger, with Tommy concurring. “There are a lot of options for terrible entities who want to vacation here on earth.”

“They, the cult, government, whatever you want to call it in this particular case, finds a host body and gets them into the right mindset for possession, using the type of machinery we saw at the McClellan. It focuses energy and intent to a single point which creates the bridge for the creature to come across and into the host,” Tommy added, pulling out Ismene’s catalog of photographs from inside the base.

“Ooh” Seth cooed, not having seen the pictures before. “That’s a lot of wires.”

The studio’s doorbell rang, drawing all eyes to the front. Tommy drew a blade. The studio hadn’t been officially named, let alone opened. With the main room light’s off, there’s no reason anyone should be dropping by.

Javier took one look into the main room and turned pale, looking back at the group. “Elijah is outside!”

Squaring her shoulders, Ismene set her jaw and made her way to the front door. Tommy and Seth took up defensive positions beside her, but she waved them off. “I will talk to him myself,” she said. “I’ll be fine,” she interrupted their objections. Stepping outside to face the angel/demon/monster, she left Seth and Tommy inside, their eyes burning holes into the tall man. The door shut behind Ismene and the two began speaking, too quietly for her friends to hear.

Seth’s hand never strayed from the handle of his old revolver while Tommy’s fingers danced lightly on the hilt of his sword, ready to draw it if the need arose.

In the back room, Roger looked at Tammy. “I don’t like the sound of this Elijah fellow. Is he with the government?”

“Worse,” she frowned. “He’s an angel who lost his way. Fell, if you would. He, or friends of his, seem to be leading the charge when it comes to the summoning – something they call ‘the Crawling.'”

“I definitely don’t like the sound of him now.”

Watching the angel depart, walking down the dark street, Tommy and Seth were pleased to welcome Ismene back inside. Tammy announced that Roger had slipped out the back door during the confrontation, fearing that “they” had “found him.” Opting to deal with their newfound confidant later, Ismene pulled her small voice recorder out of her pocket. “There was a lot on Elijah’s mind” she said, pressing play.

Elijah spoke candidly about otherworldly entities, clearly naming Tyenx, Bael’fagore, and others without a care that naming them might give them power. He explained about the need for her and friends to cross the river Styx, both in a literal and figurative sense, in order to stop the Crawling. He admitted that working with Doctor Long was a mistake, and that he hadn’t realized Tyenx had been corrupting the research. He wanted the group to succeed in their endeavor, which would further his own mysterious ends.

Regrouping, they ordered Chinese food and invited Roger back – assuring him that Elijah wasn’t part of the “they” he was afraid of. Cautiously trusting their deeper knowledge, he agreed to return, a bottle of white wine in hand.

Replaying the conversation with Elijah over dinner, the group filled Roger in on a large amount of backstory, addressing many of the rather obscure references made. All were at a loss as to his references to “this side” and “that side” and how crossing the river will bring them to “the side,” which was a seemingly different place.

“Did he explain any of that stuff?” Seth asked, sweet and sour sauce dripping from his chin. “I’ve heard it twice and still don’t know what it means.”

“It was important to him, and it relates to our investigation, but I didn’t want to keep him around longer than necessary,” she shrugged, enjoying a large pour of the wine.

“The hardest part of assaulting that site is going to be getting in the first level – the electronic and technological security is going to be very tight,” Roger offered, after an uncomfortable lull in the conversation. “Once inside, we should be able to acquire uniforms and other implements to aid us, but slipping in unnoticed will be a complicated affair.”

“We weren’t planning on leaving witnesses,” Tommy said, with a casualness that scared Ismene and Seth.

“‘We’ were planning to get inside as quietly as possible, with none the wiser,” she frowned.

“They’re working against the interests of humanity,” he explained flatly.

“So are a lot of groups, but I think killing everyone is a capital-B bad plan.”

Seth piped up, trying to pick up rice with a single chopstick in each hand. “I might be able to do something about the cameras, or doors maybe? Technology doesn’t like me. That way we don’t have to kill anyone.”

Leaving the question of lethality aside, Roger withdrew a set of plans from his back pocket, a loosely-detailed plan of the complex’s first floor. Though a number of eyebrows raised in silent question, Roger didn’t explain just how he came across such blueprints.

“We could teleport inside,” Tommy suggested, rubbing his chin.

“You’d be fighting against the most powerful warding technology the government has to offer,” Roger countered. “And you’ve ruined their last attempt at this ritual, so they’re going to be doubly-sure to protect against foreign intrusion. A tesseract space-fold may not be enough to punch through.”

“I don’t think you quite know how magic works.”

“You say potato, I say tomato,” Seth slurred, having enjoyed more than his fair share of wine, cutting to the middle of what could have become a philosophical debate on the nature of magic. Ismene, also well into her cups, was grateful for his diffusal.

“Normally when I do these kinds of things, I’m on my own,” Roger continued. “I know my own capabilities, and a single individual has an easier time slipping past security.”

“Does that mean you can do backflips?” Seth asked. “Because that’d be a really cool capability.”

A collective sigh was the group’s only response.

“We could jump over the fence, Seth has done that before,” Ismene suggested. “I don’t have super-legs, but I’m sure that he and Tommy can help the rest of us.”

“Ismene, you do have super legs,” Seth slurred before nodding off on the couch.

As the fourth bottle of wine was opened, the strategic planning session became more like a social cocktail party, Roger and the rest getting to know one another. 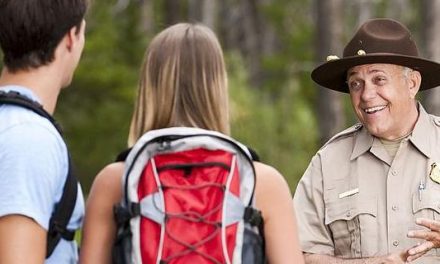 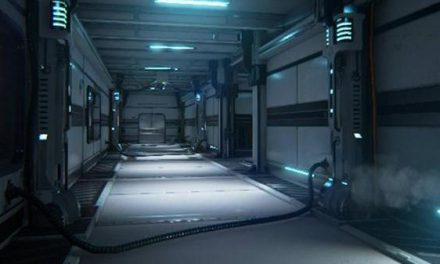