My return to Orgrimmar was met with little fanfare – I was just another traveler in a long line of those coming and going from the Horde capital. I had found some useful herbs on the way which let me make a poultice for mending my arm after an errant stag attack. I was hoping to trade them for a hot meal, but that’s what I deserve for accidentally getting between a fawn and its parents – my own stupid mistake. Not feeling particularly chatty, I wandered around the city, looking for signposts that would point me the right way to the Barrens rather than talk to guards or other locals.

A sign near the city’s western edge pointed out that the Barrens, and its one encampment called the Crossroads, was more than a day’s walk away, through the rough scrubland that gave the region its name. I sat down heavily and held my head in my hands. I expected my grand adventure to take me to the middle of the Horde capital, where I would find my sister and then return to my quiet and safe life of farming, where the most excitement in a given season would be an unexpected rain-shower or a surprisingly bountiful harvest.

I loved my sister, and wanted more than anything to reunite our family after the passing of our mother, but I wasn’t the worldly type; she took after our father in that way, never completely satisfied with where they were, always needing to see what lay over the next hill. Days walking to the Crossroads, then who knows how many more to the next outpost, then the next, and finally to the desert wastes of Tanaris, and there only to hope I could find her, that she hadn’t been transferred again some time within the past year. It started to feel like a fool’s errand; I had come all this way and was no closer to finding her and bringing her home than I was when I last entered Orgrimmar. My shoes were worn through and my clothes looked like I lived in a muddy ravine, like I hadn’t properly bathed in years.

Even the sky above me seemed to darken with my mood, nature cruelly echoing the shadow which had fallen over my heart. It wasn’t until I heard giant wings beating and felt powerful gusts of air that I looked up to see that it wasn’t clouds or irony that had blotted out the sun – it was an orc riding an enormous, flying wyvern, hovering not far over my head. Holding my hands up to protect my face from the swirling dust its wings kicked up, I tried to get a better look at the figure – face concealed within a deep hood, mystical trinkets adorning every finger, the aura of power was palpable. This was no mere wanderer, before me sat a being of untold experience and wisdom.

“Lost?” he asked, pulling back his hood, commanding his wyvern to land next to me. “You look like you could use some help,” he continued, after I stared at him in silence, stunned by both his appearance and his interest in a small orc like myself. Dismounting from the tawny beast, he gestured it away with a flick of his wrist, commanding it to return to the skies. It departed in a great rush of wind, quickly lost over the rim of the canyon in which Orgrimmar sat. The man held out a hand, offering to help me up. “How about a drink, friend? I hate seeing young people down on their luck.”

That was how I met Zallas, warlock champion of the Horde. Over drinks and a far more expensive meal than I deserved he listened to my story, the tale of my sister joining the army to fight for her people and of my as yet fruitless search to find her. He sat quietly while I spoke, neither interrupting nor asking questions, just watching my face as I rambled on and on. When I had finished, pushing the last pieces of gristle across my plate with no little embarrassment at how much I had shared with my tale, he finally responded, his tone unreadable.

“You made it up to the Bay of Storms in Azshara and back again, without help, dressed like that?”

I nodded, not wanting to meet his eyes. Doubtlessly my little trek wouldn’t mean anything in the grand scope of his adventures, the pangs and perils I faced less than annoyances to one as powerful as he. That he was even spending time with me was more honor than I deserved, especially since I hadn’t yet found my sister – only then could I claim to found success on this journey.

“There are a grave many orcs, trolls, and undead who wouldn’t have survived such a venture,” he remarked idly, as if to himself. “Perhaps Sina isn’t the only one who took after your father.”

Finally meeting his gaze, I couldn’t read his expression. His eyes gave away nothing, seeming to look right through me in a way I found most disturbing. “Perhaps” was all I could muster, more meekly than I wanted.

“You’re committed to finding her, crossing the whole of the continent if need be, and farther?” he asked, with no more gravity than if he were asking after the weather. “You seemed fairly defeated outside.”

I sighed. “The road is just a lot harder, and longer, than I expected. I thought by now she and I would be well on our way back to the farm, back to the life she left behind.” My mouth pursed as I considered his question. “I can’t go home without her. I set out to find her, and that’s what I’m going to do. I don’t know how I’ll do it, but I’ll find her. We’re the only family we have left, and she’s worth it.”

For the first time since he dropped out of the sky, Zallas smiled. “I like that heart of yours, and that conviction it beats with.” Leaning back in his chair, he flipped a gold coin toward the waitress to pay for our meal – with a casual flick he had just spent more money than I had ever seen in my entire life. Yet he didn’t seem to be showing off, in his world, fine food was a regular, if expected, occurrence, and the costs associated with it already accounted for. How different his perception of “normal” was from mine, how alien. I suppose I could no more relate to him as he could my simple and humble beginnings.

“I’ll tell you what,” he continued, nodding to himself. “You gave me a good story, one with sincerity and real feeling. I’m on my way East across the Great Sea, but I think I can still help you get where you want to go.”

He waved off my protestations – he had just paid for a meal that was worth almost an entire year’s wages from the farm, I couldn’t imagine how he thought he was still in some way obligated to me. “First thing’s first, though; you wouldn’t last a day out in the Crossroads dressed like that. Let’s get some equipment suitable for your noble quest.”

I’ll admit, his grin was infectious, and I found myself with high hopes as we walked out of the restaurant. 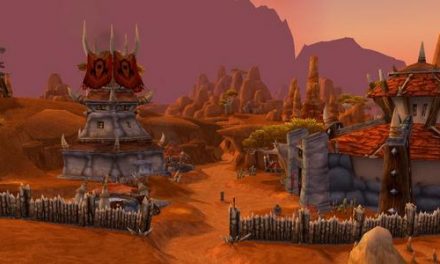