Though my trip to the large capital hadn’t resulted in me reuniting with my sister, it was hard to think of the adventure as a failure. I had been farther afield than almost anyone I knew, and while the journey ahead was much less certain than it had once been, I still had high hopes that I would find Sina soon. Besides, what a fine adventure it had been thus far, seeing all sorts of strange people and buildings! Only a few days from home and already I felt more worldly, more comfortable with the idea of traveling.

A friendly orc pointed me in the direction of a long road that lead out of the Valley of Honor, saying it would put me on the path to Azshara. He bought me a stein of ale and listened to my story, wishing me well on my quest. He felt I was doing good work and hoped that I would find her soon. I genuinely appreciated his hospitality and his support – I didn’t know if I’d find any friends in the big city, but he seemed like a true and trusty druid, long robes embroidered with gnarled oak trees and green vines. He even walked me to Orgrimmar’s rear gates, and waved me off on the next leg of my journey.

The land ahead was much more alive than elsewhere in Durotar, in that there were scrub grasses covering almost all of the ground between tall, Fall-colored trees. Paths had been cut and worn through the underbrush, helping travelers like myself know where to go, but this was as strange an environment as the Great Sea had been just days before; far different than anything I had ever seen in my young life.

Climbing a small boulder to get a better look at my surroundings, I saw a large mining operation, powerful machines having dug deeply into the ground. I didn’t see any workers, but some clockwork automatons moved around the pit, maybe on some sort of auto-pilot. My mother never trusted machines, and often told us the story of her sister who had been injured by a runaway plow years before our birth. “You can’t reason with something that doesn’t have a brain,” she said. Seeing the constructions go about their tasks, I wondered if they would even know if something fell in front of them; would it matter to them if they cut stone, wood, or a sleeping worker? Would they stop?

I shuddered at the thought and kept my distance, instead focusing on the large deer which roamed the forest. They were far healthier than the few we saw in my home valley, and looked unconcerned with my presence. I assumed those powerful antlers weren’t just for show, and that on more than one occasion they had to use them for self-defense. I made sure to not anger them as I continued walking, occasionally having to wait as a family crossed the road ahead of me.

Eventually finding myself at a large structure seemingly crawling with goblins, I asked them what the building was. “Why, it’s the Rocketway Exchange, of course!” one said, excitedly, incredulous that I hadn’t heard of such a thing. “We build huge rockets, and ka-pow, they send you to wherever you want to go!” He pointed to an elevated path almost lost among the treetops, as if that explained everything. “Want to go for a ride?”

I assured him I most certainly did not, which seemed to put him off a bit. I didn’t want to get near the rock-cutting robots, let alone something that could explode underneath me! Even though there were other orcs, trolls, and goblins taking rides on the flame-spitting sleds, I told the self-proclaimed rocket-jockey that I’d prefer the comfort of my own two feet. He may have thought me a simpleton, but I learned my mother’s lesson well, and besides, those rockets would probably take me somewhere I couldn’t find a map for, and then I’d really be lost.

Deciding to circle around the mining operation, my journey took me Northwest, where I hoped to find a small village or other hamlet, perhaps where I could ask for more directions. The goblins at the rocket station didn’t seem interested in talking to me once I announced I wouldn’t be riding their death-machines, and the people waiting in line seemed more concerned with getting to their destination than making small talk. I wondered where the military garrisons would be out there, and whether any of the commanders would know of my sister or her orders.

Two frightening basilisks tried to ambush me while I was lost in thought, but I outran them, going up a steep cliff their stubby legs couldn’t climb. I knew what basilisks were, we were warned about them as children, but I didn’t expect to see one so close to the capital. Why hadn’t the army come and cleared out those predators? Weren’t they dangerous for travelers? Once the beasts figured out I wasn’t going to be an easy meal, they left, and I swear they were sulking as they walked away.

Giving them plenty of time to vanish into the forest, I eventually climbed back down and returned to my journey, the lands growing just a bit more wild with every step, each passing moment taking me farther away from civilization. It was a beautiful journey, but I had to be wary of danger at every turn – those basilisks weren’t the only trouble in the area. 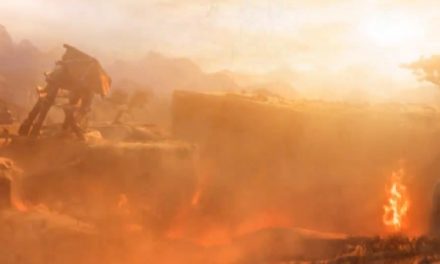