Music is very entwined with my memories, and certain songs or albums can take me right back to the place I was when I first or most heard them. Looking through old journal articles and my own modern playlist, I wanted to pull out a few and talk about where, how, and why they make me think of what they do. Some of these songs I haven’t heard in years, others have never left my speakers and come up often. I hope some of these songs are meaningful to you too, and if not, I hope you discover something new!

Bad Religion – All Ages (album)
My first brush with punk music, a friend in middle school brought over this album and we listened to it on repeat all night long. It was a style of music I had never encountered before and I really connected with the intelligent lyrics and new ideas they presented. I still remember sitting upstairs in my childhood home, playing Nintendo as the songs drifted out of the small CD player my friend had brought.

Blink 182 – Dammit
While Blink 182 and the spread of “pop punk” had grown in popularity through my high school years, I’ll always remember this song as covered by a friend’s band during our school’s annual 24-Hour Relay event. A charity fundraiser where teams kept a relay going for – you guessed it – 24 hours, they had local bands, motivational speakers, and other entertainers help keep the mood active and light around the clock. I remember being dumbfounded that they didn’t censor some of the lyrics, and thinking back to those days still makes me chuckle.

Metallica – Load and ReLoad (albums)
Released around the time I started getting into first-person shooters, Metallica was my go-to soundtrack as I explored the nightmare settings of Doom and Doom II. There are particular tracks which evoke a very real visual memory of certain levels, the feeling of fighting demons and finding secret rooms hidden all over the sharply-polygonal maps. These albums, while certainly not Metallica’s best, still have a warm place in my heart for how they take me back to high school and my start with video games.

Savage Garden – Truly Madly Deeply
Actually the song that inspired this blog post, I recently heard it playing in a restaurant after not having heard it for the better part of 20 years. So, so sappy, this song brings me right back to high school and a particular relationship I had during my sophomore year. Boy, talk about being head over heels and dealing with a flood of emotions I hadn’t felt prior. Good memories in retrospect, but it took a long time for the edges to soften on some of the less-smooth parts.

The Chemical Brothers – Reflexion
A very bassy, heavy techno hit, I am always drawn back to the years I lived in a small, two-bedroom bachelor pad just after college. We had some fantastic parties there, and everyone always had a great time. This song wasn’t actually released until almost 10 years after I had moved out of that apartment, but my first real introduction to the Chemical Brothers was during those parties and hearing this song on my playlist always bring me right on home to those nights.

Cake – Fashion Nugget (album)
I didn’t really start listening to my own music until high school, and at one point I asked my swim teammates what album I should pick up. Several of them recommended this one, and I enjoyed just how different it was from anything else in my budding collection. Part of my enjoyment was likely from feeling a connection to these other people I looked up to, as a lot of my love of the band has faded, but there are still several tracks which make frequent appearances in my sets.

Fall Out Boy – Dance, Dance
I will always, always associate this song with a particular friend of mine, with whom I first connected over quirky musical tastes. I had downloaded a remix of this song some time before, but I was introduced to the original, with its full lyrics, while sitting in her car. Over the course of our friendship the song has represented different things, some positive and some negative, but it remains a window into some very good times and joy in my life.

The Dandy Warhols – We Used to be Friends
Over the course of a few months my now-wife and I watched the entire run of Veronica Mars, a TV show focused on the exploits of a high school-aged private detective. Very well-acted by everyone involved, parts of this song were used in the opening credits, and even today when I hear the song it makes me think of those long hours on the couch, cuddling my love, watching mysteries and drama unfold, enjoying it together. The song itself may not be the happiest around, but the memories always put a smile on my face.

There are so many other songs that could be put on this list, but I didn’t want to dig through all of my playlist and find every song I felt a personal connection to – the above are just off the top of my head, and I’m fairly surprised that there were so many that sprang to mind. Music is a powerful art form, and can both influence and recall palpable feelings and emotions, whether directly related to the song or just to a situation where it was heard. 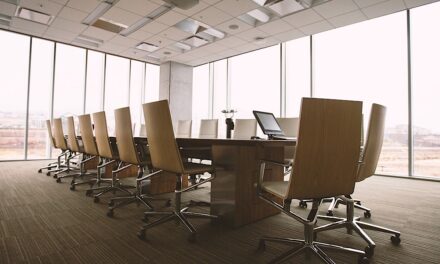