It’s easy to look at the news, to the victims of domestic or foreign crime, and think “they must have done something to deserve that.” One of the first bulwarks of sanity is to shy away from the idea that the universe is chaotic, uncaring, and without purpose. Poor people scrape by because they don’t work hard enough. Assault victims shouldn’t have been walking down those alleys. Criminals shouldn’t run from the cops or they deserve what they get.

“Reap what you sow” is very engraved in the collective public American ethos.

Sometimes though, there is too much chaos, too much pain, too little reason. Sometimes, bad things happen to people it truly shouldn’t. That’s where I come in. Their “bad luck” is my cross to bear, the punishment for my crimes. I take within me that which would have otherwise befallen others. A mugging, a car wreck, stubbed toes. For the worthy, I can give them the briefest of reprieves.

This doesn’t altogether make me a popular person in groups, though I do my best. The people around me sometimes get caught in the crossfire or end up being the cause of my redirected ill-fortune. I can’t begin to count the number of times someone has spilled wine on me instead of someone else’s tailored suit.

Is it guilt that makes me tug at the threads of fate and steer these “accidents” my way? Does it really matter? I won’t say I’m compelled to do it, but the pain of whatever comes my way—rarely do I know exactly what will happen—is far better than the knowledge that I could have helped someone and didn’t. Whatever they’ve done, I don’t believe they earned whatever the inexorable wheels of time and consequence plated up for them. Better me than them—at least I know it’s coming.

I haven’t known many other mages, aside from my mentor who eventually couldn’t handle how accepting I was of “my lot in life,” being the perpetual unlucky victim, but I know they can see the strings like I can. Some see the elements, some time and space, others the very essence of existence. For my part, I see—and touch—fate. Sometimes learning this makes them wrinkle their nose and tilt their head away, other times they want to know exactly how much control I have over the possibilities of the world.

Those latter few don’t stick around long after being splashed by passing cars, having their car towed, or getting caught up in an unexpected—for them—street brawl. Just being near me can be dangerous, I tell them, but they never listen until they’ve had their fill, up close and personal.

Maybe in some far-off day the universe will decide I’ve been punished enough, suffered enough, for my trespasses. I can only hope that, in the same moment, I can learn to forgive myself as well.

I wanted to try my hand at a different type of Euthanatos with this concept. Pulling from the poorly-remembered 1990s comedy Pure Luck and memories of what it was like to blame myself for every ill that transpired around me, I thought it would be an interesting character concept. Note that the “altering fate to force bad luck onto themself” isn’t the character concept—that’s merely how the character expresses the inner turmoil. The real concept is the mentality, the masochistic, sacrificial, martyr complex that informs everything they do. 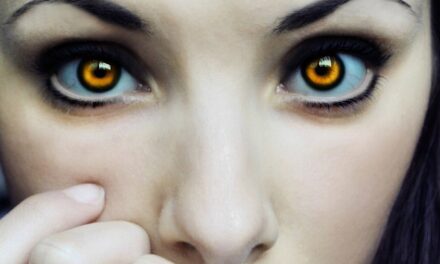 Out of Character Gum