As Harry picked himself off the floor, his keyboard having left deep impressions in his slumbering cheek, he scanned the code he had written in the mad-dash race to find his otherworldly former captor. “I think I’ve got it,” he murmured, wiping crusted drool from his bearded chin and dry sleep from bloodshot eyes. Strange, arcane symbols had been crudely etched into the monitor, power cable, and keyboard, a newly-dulled chef’s knife laying nearby.

Calls to Ismene, Tommy, and Tammy summoned the rest of the group to his cramped apartment. Sleep may have done wonders for his mood and mental acuity, but very little for the disheveled state of the conspiracy theorist’s new abode. The team were forced to stand awkwardly, every horizontal surface covered in filing boxes, printouts, and scribbled ravings. Ignoring the squalor, Ismene had a smile for the recluse. “You’re looking good, Harry – I love the new place!”

Not interested in small-talk, he launched into an explanation of his plan: through the code he had spent innumerable caffeine-fueled hours writing, he was going to summon a demon’s essence into the computer, and the plethora of warding symbols would trap the entity, forcing it to answer questions Harry would type in via the keyboard. “Computers are my thing,” he offered, gesturing to Tammy, Seth, and Tommy “magic is your thing. Can you make sure this’ll work?”

With Ismene looking on excitedly, the three studied the crisscrossing swirls, lines, and dots Harry had etched into the hard and soft plastic of his purpose-built workstation. Tommy shrugged lightly, impressed at the work he had done. As they investigated the symbols, both Seth and Tammy clutched their temples, fingers blossoming with bruises and noses bleeding as they touched the marks. “Yep, they work,” Seth announced, wincing, not offering any further explanation, and the rest politely not asking why they had been so affected by the wards.

“It’s only going to have two options,” Harry explained, “on or off. Either it answers the question or it meets the void.”

With the cold cathode glow of his monitor casting deep shadows on his lined face, Harry entered the initialization code into his program. “TCP over Arcane,” he murmured, stabbing the Enter key with a long finger. The rest of the party took a step back, not knowing what to expect when his program tried to contact other planes.

Grimacing at the bizarre and otherworldly noises bursting from Harry’s modem, the discordant static and connection handshakes screeching in the dark apartment sent waves of winces through the assembled group. “Good heavens,” Ismene frowned, putting down her freshly-made coffee to cover her ears.

“These are not ‘good heavens,'” Tammy pronounced flatly, drawing an eye-roll from the ever-stoic Thomas.

Harry’s screen began to flash with symbols, lines of text seemingly written in an inhuman language. Typing furiously he worked on a translation program, attempting to turn the response into something legible. “This is so cool,” he whispered to himself. “Elijah doesn’t stand a chance.”

After long minutes of strange words and Harry’s incessant typing, the rest of the party looked to one another – none knew how long he would need to communicate with the computerized demon, let alone what information would come from his mysterious connection to extradimensional beings. Ismene cleared a space on the couch and began to flip through a local paper, one of the more sane periodicals Harry subscribed to, sipping on a cup of coffee she had brought for yourself. Seth loved the idea of coffee, but unable to find any for himself in Harry’s empty-cabinet flop-house, he entertained himself by folding up several paper airplanes and hosting a mock dogfight between ace pilots.

Seth’s idle playing caught Tommy and Ismene’s attention. “Is there any news here about the air base?” the latter asked of the former.

“Reams and reams of it,” he shrugged, looking through several boxes filled with unordered news clippings. “Disappearances on the rise, people questioning whether McClellan was actually closed. A lot of big trucks driving through the area, all headed to the base. Signs point to something big happening, and this weekend is key.”

“I don’t like the idea of anything named the Crawling happening to or near us,” she frowned, referencing the ominous event that seemed to be at the core of their investigations, so named by several of the supernatural entities they had encountered over the prior weeks.

“We should investigate the base, particularly the buildings toward the outskirts that get rented to anonymous, vague-sounding shell companies,” Tommy suggested. “A stealthy, evening tactical assault when there’s less activity would be best.”

“Do I still get to wear black?” absently asked Tammy, eternally dressed in her goth-culture club attire.

Eventually hatching a plan to infiltrate and observe the shuttered military base, Ismene and the group all but pried Harry away from his computer, figuring his extensive history with the government would help in case of any complications, his anti-authoritarian attitude notwithstanding. Their first mission would be focused on reconnaissance, giving them an advantage when the Friday night fireworks began.

Most of the group approached the back fence of the base, miles away from the bright floodlights of the main parade grounds, as Harry walked – almost swaggered – to the front gate to draw attention away from his friends, impressive-looking fake government ID in hand; “Special Agent James Steele” was going to conduct an impromptu security audit of the base’s preparations.

“Sir?” a guard approached the lone visitor. “May I see some identification?”

Harry checked his watch. “Not bad, Private. Faster response than I was led to believe I would find here.” Handing over his identification, his voice was nonchalant in the warm evening air. “Take me to the command post.”

Tommy’s wire cutters made quick work of the chain-link fence separating a low-income neighborhood from the base’s unkempt back fields, letting the rest of the adventurers slip onto government property, each crossing their fingers against being seen by the security cameras that doubtlessly covered the area. With Seth taking point, they began their incursion, carefully making their way to a low, poorly-lit structure halfway between the fence and the main base.

Feeling adventurous, Ismene cautioned Seth and Tammy to hang back while she investigated the squat building. Unwilling to let her go alone, Tommy carefully racked his shotgun and entered with her. Inside the barn-like structure thick electrical wiring ran all along the floor, connecting transformers and generators the likes of which Nikola Tesla would have been proud.

“Is that a summoning circle?” Tommy asked in spite of himself, surprised to see a ritualistic clearing in the middle of the chaotic equipment. Careful not to cross into the inner circle, which looked recessed into the ground in the darkness, they carefully made their way to a visible console or control panel. The air was thick with the smell of burnt dust and ozone, like aged industrial machinery recently brought back into service, threatening to make the pair cough with every breath.

Tammy and Seth, laying prone in the grass outside, tried to shrink down even farther as a base guard leisurely made his rounds, keeping an eye on the quiet grounds. “What do we do?” Seth mouthed. Tammy shrugged noncommittally, hoping Tommy and Ismene didn’t make their exit from the round barn while the guard was nearby. Anything that would distract the guard would be likely to draw more unwanted attention.

Walking out of the command post with a military-issue radio and the duty roster clipboard, Harry left a beleaguered and confused sergeant scratching his head behind him. His security inspection well-underway, he began walking along a service road that would lead to the back silos, where he knew his companions were waiting. Barking orders into the radio, he demanded the barn’s guard make ready for his arrival.

Breezing past the young soldier stationed outside, “Agent Steele” marched into the bunker with little more fanfare than sharp criticism of the man’s uniform. “Stay outside,” he frowned, entering the building alone and flicking on the lights, therein finding Tommy and Ismene hard at work trying to cripple the machine, changing where power cords were plugged in, switching the labels on levers and dials. “This is some bad magic,” Ismene explained, pointing to the strange glyphs and otherworldly symbols etched into the transformers.

Obviously something was rotten in the city of Sacramento. 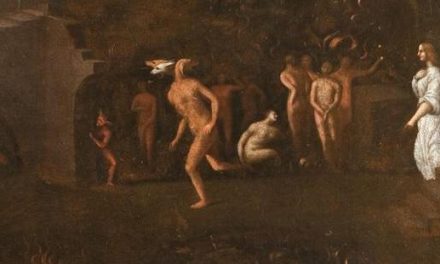 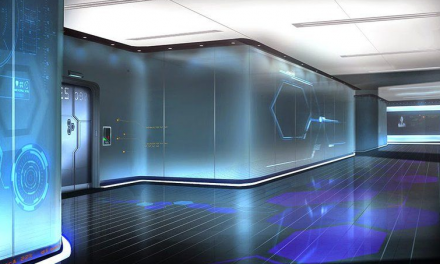