Reports filtered down to us that, ultimately, the Unidad military was able to fend off the angry cartel forces that tried to storm a regional base. The cartel didn’t get confirmation of El Camadante’s real identity, but made their anger well-known. The rank and file of the military may not know what to make of the attack, but the higher-ups certainly pieced together what the cartel had been after, particularly with the unexplained death and disfigurement of the base commander.

Tensions were high between the two groups, meaning the cartel’s leadership had to focus on repairing in-country relationships before addressing the larger issues of two Americans having destroyed much of their drug-smuggling infrastructure. If they tried to rebuild without the military’s help – or at least turning a blind eye – their efforts would be in vain. Word from the higher-ups was that the head of the cartel, a giant of a man calling himself El Sueño, was on the move and they had finally pinned down his base of operations. It was time to bring our Bolivian vacation to a close.

Gaz told me his name meant “the dream,” and I again had to wonder where these narco leaders came up with these monikers. Just between the two of us we had taken down “the knife,” “the preacher,” “the emmisary,” “the dude,” “cocaine cowboy,” “the brain,” “invisible hand,” “the octopus” and all kinds of others with similarly flashy, self-assigned nicknames. Don’t get me wrong, they sound much better in Spanish than they do in English, but their codenames didn’t keep them safe, either when it came to us tracking them down ourselves or their allies selling them out, when properly motivated.

The rebel leadership was willing to put one of their own on the line to see El Sueño brought down – mighty big of them after they tried to kill us just weeks before – and try to arrange a “talk” with cartel management to cease hostilities, something of a peace negotiation. There may have been a time when arranging an extraction/assassination masquerading as a white truce flag would have disturbed me, but if so, that was many years ago. Gaz didn’t seem upset about the mission plan either. Like I’ve said before, the job is the job, and personal misgivings and politics aren’t a luxury operators like us get to entertain.

The meet was scheduled for a midnight jungle rendezvous near one of the area’s enormous estates, plantations with the veneer of high class and respectability, little oases of opulence in the middle of a destitute citizenry. Mission parameters were constantly changing in our earpieces, as different military minds wanted to weigh in with the value of capture versus elimination of the cartel’s core puppet-master. “Just tell us when you make up your minds,” Gaz snarled into her mic to our higher-ups, switching off her radio and sacking out for a few hours’ of rest.

I can’t say I blamed her for the outburst – the last thing the boots on the ground (read: us) wants during an operation were unclear or conflicting orders. When there’s confusion up top, people like she and I tend to suffer for it. The mission would be planned and executed very differently depending on the end goal; having to drag an unwilling captive behind us would change our extraction quite a bit, let alone our method and style of entry.

Taking Gaz’s lead, I managed to get a little rest as well. Being in-country means never knowing when the next meal or break will come, so taking advantage of every opportunity for either is a time-honored tradition. When we’re stationed with regular troops, however temporarily, they always make snide comments that we’re lazy, always either eating or sleeping. What they don’t think about is what we’re up to for those days at a time when they don’t see us, when we’re out making sure their small-time operations are little more than cleanup jobs, as safe as possible. Not that being a soldier of any stripe is an easy job, don’t get me wrong, but there’s a difference between infiltrating an entrenched enemy position to disrupt their communications and leadership (“disrupt” is a word official reports tend to use, no matter how permanent our solution) and setting up a new forward operations base in a city that’s been largely-cleared of hostile forces.

If either Gaz or I were in this job for glory, we would have made some sort of big mistake along the way; there’s no glory in what we do, no recognition from either official or unofficial channels of our time spent away from home, no admission that we were ever there. Whatever our individual reasons were for joining up, we’d been through the suck long enough to become the career professionals we were, and that was good enough for us; we’d made peace with our place in the world, or lack thereof.

About two hours later – just enough time for our naps to be utterly ineffective – the final word came in: this would be an extraction mission. El Sueño had too much information on rival cartels to simply kill him, and management felt they could contain and control him, provided we got him back to base in one piece.

It was time to mount up for what would hopefully be our last ride in the Bolivian jungle.

Covert Ops: End of the Line 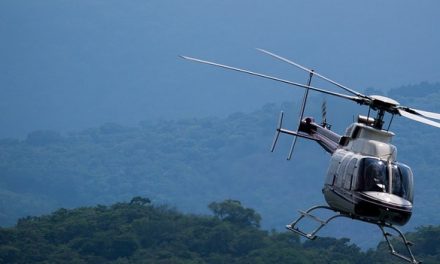