We made a surprising discovery as we investigated the town, speaking to merchants and learning more about the local political climate. Entering a small tavern I saw Sirin, the Scarlet Chorus Archon of Song, enthralling a room full of locals. She had the same arrogance she showed back at the camp weeks before, at our first meeting just before the assault of Ascension Hall, bending and twisting the wills of those around her as easily as fine thread.

Having been subjected to her power before, briefly, I could see that the people here had no hope of combating her magic. She may be young, but the command she has over others was truly awe-inspiring and terrible all the same. “Oh look, it’s Tunon’s local Fatebinder,” she began snarkily, still holding the crowd at rapt attention. “Let me guess, he wants me to entrance a king, steal a general, destroy a whole nation?”

I informed her to the contrary, that I ran into her of my own accord and that my investigations had nothing to do with her, unless she would like to travel with me. The offer wasn’t made by the influence of her power – she had an amazing ability and I could use someone like that in my official duties. Plus, anyone who did want to order her around would have to deal with me first, something I think she could appreciate.

Dismissive at first, she let the thought roll around in her head a bit, touching a finger to her pursed lips. “You did activate one of the spires, so your power is something I could learn from,” she teased. “And you’re probably better company than this pack of local nobodies worshiping me. What are we off to do?”

Her rampant enthusiasm showed both her age and her confidence; she had scarcely met anyone who could fully withstand her mental and emotional manipulation, and so one adventure was just as exciting as another – I merely offered a change of scenery. She collected her overflowing tithe bucket, apparently Sirin had made quite an impression, and gestured toward the door. “In a few hours they won’t remember I exist, until I come back,” she added with a wide grin.

I appreciated the number of people who had, either willingly or through a sense of duty, joined my adventure, but four other pairs of eyes would be a lot for me to look out for, and in some cases, be wary of. I asked Eb, the water-mage, to return to the Spire and prepare things for my eventual return. She had heard the stories of how the tall structure had resonated with my words and at my touch, and I had no doubt that, no matter how proficient a spell-caster, she wouldn’t try anything foolhardy if she felt that the entire tower were watching her at all times.

Again we were four – the brooding Barik, displeased at his assignment but loyal to its purpose, the carefree Verse, Scarlet Chorus assassin, the powerful Sirin, commander of hearts and minds, and myself, the only person in history, Tunon told me in private during our recent audience, to have both read and completed an Edict, and also the only person in generations to activate a spire. What this meant for me, I didn’t know, but so long as it afforded me the reputation and ability to do my job, I was glad for it. 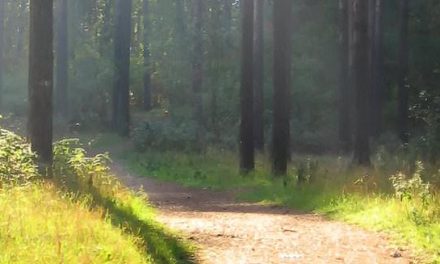 Conquest: On the Road