Like most successful dictator-warlords, this El Jeffe (Jefe? Heffy? I’m no good with Spanish) had four main pillars holding up his operations: drug production, transportation, propaganda, and security. Apparently he hadn’t yet installed a head of “ruthlessly murdering his detractors,” but from the stories maybe he was taking on that job himself.

Our aim was to destabilize cartel operations enough to draw out the big boss, then cut him down with enough force that anyone thinking of filling his shoes would have serious reflections of their own mortality. Some of the operations would be straightforward – finding and blowing up supply lines is pretty SOP – but the fact that he had such an iron grip on the population meant that turning them against him would be a true challenge.

To some he was a terrifying force of violence, an unstoppable wave of inevitability. Those might be swayed if we show how he’s not early as invincible as his reputation may suggest, whether by getting a few public black eyes or by bolstering rebel successes. To others he was a source of nationalistic pride and strength – after years of abuse at the hands of governments both foreign and domestic, here was a local-bred heroic icon that took control back from those who would misuse it.

Those locals would not appreciate our efforts, to put it mildly. They finally had someone to believe in and our goal, as foreign agitators, was to beat their pride back into submission. Unless the rebels could worm their way into the hearts and minds of the population, their little coup would fail as soon as we pulled out, the country descending into chaos.

I don’t know too many long-term operators who think about the consequences of their actions. Surely I try not to, but every now and again I feel bad for the country, state, or region as a whole. They really had no chance to stand up agains U.S. interests, and were ultimately only playing at independence. Their country had been bought and sold before they were born, and it’d remain that way long after their children were dead.

What can I say, when all you’re trained to do is kill people, you tend to have a grim outlook on things. Some operators turn to alcohol or harder local pursuits, but those are the ones who wash out after a tour or two in bad country.

Me? My drug of choice is sleep. Get me a comfortable pillow and I’ll happily catch some zees any time, any place. Call me blessed that I never dream. 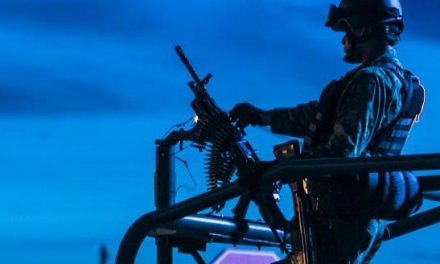