Shakespeare once wrote that “some are born great, some achieve greatness, and some have greatness thrust upon them.” For some the idea of running the shadows—rubbing major corporations’ noses in their own stinky business—was a pipe dream, one fueled by sensationalized media and childish rumors of enigmatic Robin Hoods fighting against the powers that be. For others the criminal and furtive lifestyle associated thereby was one of necessity—it takes nuyen to make the world go round, and there’s always someone willing to pay for work, if you aren’t concerned with what kind of work it is.

‘Stanya knew from a young age that she didn’t want to be anything else. After finding her parents’ hidden gear stash at a young age, she had a very open family dynamic, one where she was exposed to stories of success and failure, of risk and reward, of thrill and danger. She quickly learned that the stories she saw online—even those reported by news outlets—were all hogwash and that a life on the periphery of society was rarely a pleasant or safe one. Though not what they wanted for her, she remained firm in her convictions that she would follow in her parents’ footsteps.

As the world was rebuilding from the destruction and rebirth of the Matrix in the 2060s, ‘Stanya and her family suffered critical blows as her father, a talented rigger with a knack for old, gas-powered turboprops, went missing during a run, presumed killed in action. Her mother, tech savvy in her own right as a decker and Matrix researcher, was captured by corporate goons as she tried to uncover the truth about her husband’s fate. Locked in a privately-run supermax prison, her final words to her daughter were “get out.” Presumably she meant the lifestyle that had cost their family so much already.

Having directly faced the consequences of an amoral profession in an unkind world, ‘Stanya made the hard choice to continue with her dreams and ignore her mother’s pleading advice. Relying on “Uncle Tommy,” whom she had known from a young age was a local fixer, she worked to prove herself as a competent and level-headed professional with small-time jobs he hesitantly passed her way. Whether his trepidation was based on her inexperience or the fact that he had watched her grow up no-one could say, but eventually she showed him that she did indeed have what it took to follow in her parents’ footsteps.

When her on-again, off-again relationship with Sheri—a local who had attended school with ‘Stanya many years prior—turned serious, the fledgling runner realized she faced the same choice her parents had when she confronted them about their illicit cache; would she be honest and tell Sheri the truth about her occupation, or would that be too much a liability?

The question of whether or not to have that difficult discussion gnaws at her, and keeps her up at night more often than she cares to admit. Nobody said the life of a runner would be an easy one, chummer, and the farther that can got kicked down the road the more painful its eventual resolution, whatever it would be.

I like the idea that the timeline of Shadowrun, first diverging from our own around 1998, has had more than seventy in-universe years to develop and progress, and this means the hotshot stars of the game’s first edition—set in 2050—very likely could have settled down and had a family, or had one even without settling down. I wanted to explore what it would mean for running to be a “family business” and was fairly satisfied with the above as a story that would be applicable to many different runner archetypes while providing a great deal of customization for the player. Throw in a little drama and some story seeds for the gamemaster, and I think we have a winner on our hands. 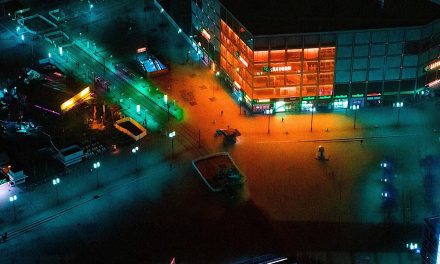 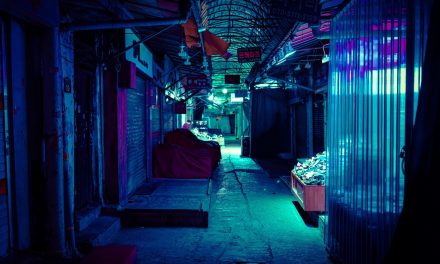