There isn’t much to say about my upbringing except for the way my mother guided and molded me. A pious, even devout woman, she held divine and human law in equal respect, teaching me that while those above have made their decrees, it is we here on Toril who must abide our own actions. She was a very wise woman, and I shall always remember the feel of her hand against my cheek as she lay me down to sleep as a boy.

Though not my name, she often called me “Mishka.” She said in her native tongue it meant to have the mentality of a bear—slow to anger but furious and unrelenting once truly provoked. I had been a quiet child, calm and content, until something set me off, at which point there was no sating me. She once had to pull me off of a town bully I had seen accosting a young boy with a wayward eye. Whether my knuckles were bloody from his face or the force of the unrelenting blows I rained upon him, none of us really ever knew. From youth the idea of protecting others was inside me, as important as the faith which governed our household.

With all of the heroes passing up the Sword Coast and into Neverwinter, I never expected them to want, let alone need, another pair of hands to address the city’s many problems. Skeletal armies and powerful neceomancers seemed to be the least of their worries—internal factions had begun attempting to carve up the territory right beneath Lord Everember’s nose. Nevertheless the call was sounded and I packed up my meager belongings in Amn and began walking toward my destiny.

Many have learned of paladins from stories and tales told to children, that they are exemplars of character and piety. Though I am loath to scatter their hopes, I will not like to them. I tell them that I am as fallible as any man, prone to the same trivial mistakes and overreaches that they themselves are. “What matters most,” I tell them, “is the seeking.” For some it’s the unending struggle of self-improvement. For others the building of wise and charitable societies. Some seek atonement for their previous, or current, failings. Paladins aren’t perfect, but we are each of us trying to improve.

Perhaps for some the reality spoils their image or beliefs, but it is my hope that they can realize that very little separates them from me—a willingness to act, an acceptance of higher authority, and the strength of conviction to see them through to the end. Many townsfolk see adventurers, those with vicious scars and tales of far-off dangers, as a different caliber than themselves. I rarely tell the story but I know in my heart it can only take a single moment to change someone’s destiny, to propel them into a more exciting and dangerous life than that working simple, honest trades.

I walked into Neverwinter with little but travel-rusted chainmail, my mother’s mace, and a symbol of the great Kelemvor around my neck. There was no mistaking that the scales of life and death were out of balance in that great city, powerful mortals and organizations attempting to tip the natural harmony past a breaking point. It pleases me to see so many other able-bodied and -spirited individuals have heeded the call, even as it pains my heart to know that their work is needed.

With faith as my shield and trust in the lessons of the great leveler of time, it is my hope that in some small way I may be of use to the forces attempting to restore the natural order to this tumultuous and rebellion-fueled countryside.

Header image published by Wizards of the Coast 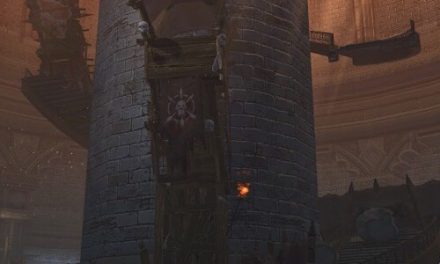