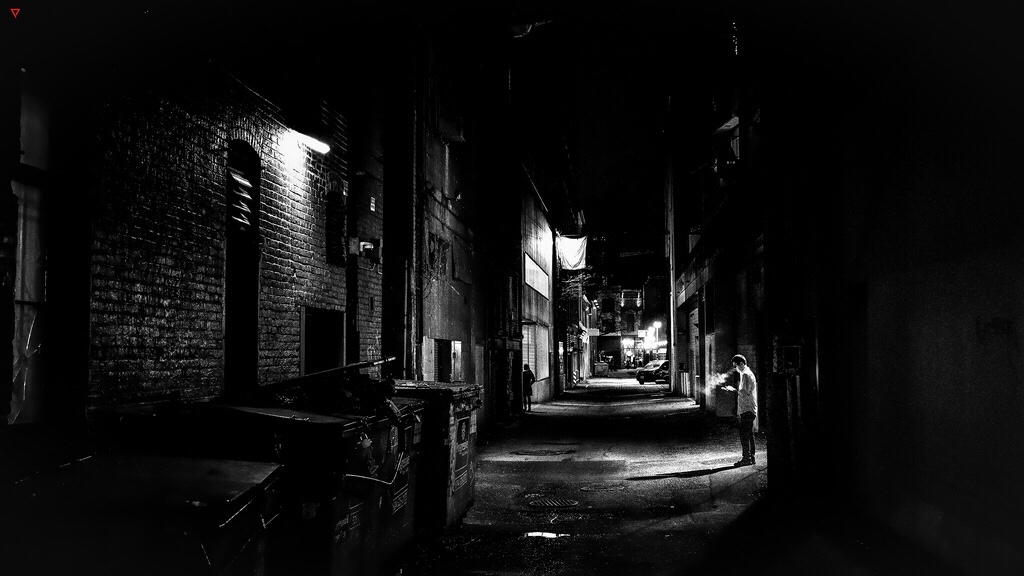 Growing up on the streets isn’t easy for anyone, particularly a homeless ork discretely disowned by his all-human family during his painful pubescent goblinization. His features and relationship with the world changed, but they couldn’t accept that at the core he was still their son, their brother, the same boy they had known.

At first, his size made him a target. Gangers and other toughs wanted to beef up their street cred by attacking the largest guy around, particularly when he didn’t want to fight back. He wasn’t interested in their power games; he just wanted to survive another day on the grimy and acid rain-drenched streets of a city he used to love.

There’s something to be said for serendipity, those unexpected moments that forever change a life’s trajectory. Scrounging for food behind a closed-for-renovations Stuffer Shack, he heard shots ring out in the night, closer than normal. The screeching tires of an approaching car echoed through the alley, and the man that came barreling into the dark path neither heard nor saw the young ork until it was too late, colliding like a freight train.

“500 nuyen if you find me a place to hide,” the man panted, looking frantically over his shoulder as he rose from the ground. The ork nodded – he knew the area well, and that money would go a very long way. Leaving the discarded remnants of venda-soy burgers and sugar apple pops behind, he gestured for the stranger to follow.

Through a twisting maze of run-down passages and alleyways, eventually they arrived at one of his private little spaces; camouflaged from the outside by building debris and faded roofing strips, it was at least large enough for a passable bedroll, and boasted a solid enough roof that the rain didn’t soak everything inside. It wasn’t much, but it was somewhere he knew.

“You get me through the night, I’ll make it a grand,” the gruff man said, a close-trimmed black beard framing his face. As tall as the ork, beneath his shredded leather jacket he was easily as muscular, more lithe to boot. There was blood seeping through his thick pants, and his breath was labored after the dizzying chase.

A noise outside caught both of their attention, heads snapping to the hollow’s cramped entrance – several people were approaching the small hiding space. The ork looked at his new – albeit temporary – roommate, and motioned for him to stay put, to keep quiet. “Come out, come out, greenskin!” a taunting voice carried over the storm. A voice the ork unfortunately knew all too well.

Several local thugs, baselessly considering themselves genuine high-end street criminals, were just outside, hoping that going a few rounds with the local pushover would improve their sour moods. They’d talk themselves up into throwing the first blow, and it would end with the ork balled on the ground, coughing up blood. It wouldn’t have been the first time the scenario played out.

Something in the man’s eyes made the ork stop, an icy hardness that wasn’t directed at him. The man nodded slowly and moved to follow his host out of the dilapidated shelter.

“Who’s your friend, greenskin?” the lead boy called out, creative insults being his strong suit. His friends snickered, thinking themselves clever.

When the man rose to his full height, built like a 2000’s-era football linebacker, the boys were obviously caught off-guard, shuffling backwards a step in spite of their bravado.

“He’s with me,” the serious man stated flatly, his eyes hidden in pools of shadow. “Is there a problem I can help you with?”

The ork realized for the first time that the man had a cybernetic arm, the minuscule pistons and actuators hissing quietly as he clenched his fist under the reflected glow of the neon city. Not only was he built like a tank, he was built like a tank.

To their credit, the boys hesitated a moment before turning and running, sprinting back down the way they’d come. They were obviously no match against someone like him, and they knew it. The ork stared in wonder. “How did you do that?” he asked, genuinely surprised. “You didn’t even show a weapon.”

“It’s all about confidence, kid,” the man answered, turning back to the shelter after making sure the boys had truly gone. “Not only did they know I could take them, I knew it too. When you get someone to see the world as a simple equation, they figure out real quick if they want to stick around for the answer.”

True to his word, the stranger gave the ork a full thousand nuyen after the morning sun began burning off the early morning fog. They had spent the evening talking – or more accurately, the man talking – and the ork had a greater appreciation for his own successes, few as they may be from an objective viewpoint. The first stirrings of self-confidence burned inside him.

“Tell you what,” the man said before leaving. “Make your way to Vic’s Fight Circus just outside downtown. Tell him ‘Little Reggie’ sent you. He’ll take good care of you.”

“Before Vic put me to work, I didn’t have a lot of faith in myself. Got me to straighten out how I saw myself, how I saw the world, and what I could actually accomplish.” The man pointed to the shiny credstick in the ork’s hand. “That’ll get you there, and buy a good number of lessons. See what kind of person you become when you realize you can handle yourself.”

As he turned to walk away, the ork caught his attention. “Last night, why did you stand up for me?” The question had been nagging at him ever since, though he’d been afraid to ask.

“My mom’s an ork, sister too,” the tall human shrugged. “They had to do a lot of standing up for me when I was young. Least I can do is repay the favor.”

“Thank you,” the ork smiled, meaning it. As the man walked out of his life, he looked to the credstick in his hand and wondered at the possibilities that lay before him. 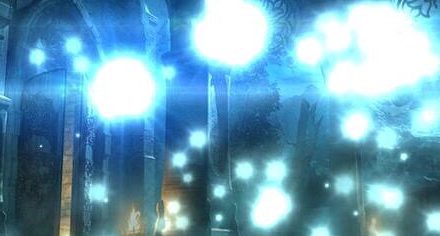