“Neutral contact in sector 1DQ1-A” came the fleet warning over vocal comms, alerting the entire region to the presence of an unknown and unwanted guest. Two pilots, trying out their newly-outfitted interceptor-class frigates and itching for a fight, waved off the rest of the homeland fleet, wanting to take on this bogey themselves. Pyrias Albrentari and Gaius Nefar had flown together for years, and knew exactly what to expect from the other in a fight. Though their training had taken them in very different directions, they often returned to the small ships they both loved, surprising friend and foe alike with the coordinated maneuvers they were able to pull off.

After doing flybys of the usual safe-spots and out-of-the-way observation posts where hostile scouts often liked to sit and perform recon, Pryias decided to check out the system’s lone starport, as Gaius hovered outside. A large trade-hub where almost anything could be bought and sold, it had firmly been in their corporation’s hands for over a year since they conquered this region of space. The uninvited pilot stood out like a sore thumb, too nervous to undock into what he correctly assumed was hostile space. Pyrias signaled to his partner that the man had been found, and that he was going to strike up a conversation; get a feel for the man and why he was in their territory.

It didn’t take long for the man to start telling his story to an apparently sympathetic ear: Clive had been a member of the corporation that formerly owned this space, and after deciding to sleep away a few years in stasis, woke up in unfamiliar surroundings, amid unfamiliar ships and callsigns. He had all of his worldly wealth and possessions in the station, but he knew that if he undocked he would be leaving everything else behind; the new station owners wouldn’t let him dock back up. Lamenting his situation, he asked Pyrias what he should do.

“Clive, my friend, you are the luckiest man around,” Pyrias beamed, giving the man some measure of hope, “I was just flying around with an official recruiter for my corporation – would you want to join up?”

Gaius had purchased the shiny “Official Recruiter” title scant weeks ago for a pittance, a fictional role that had no weight or bearing within the GoonSwarm Federation. Still outside in his expensive frigate, Gaius joined the conversation by holo-comm. After some back and forth, including a retelling of Clive’s sob story and a full accounting of his personal wealth and assets, Gaius agreed to let the interloper into the Swarm, for a “discounted recruitment deposit” of two-hundred million ISK, to be deposited at a nearby station. As soon as his wallet flashed with the completed transfer Gaius sent half of the money to Pyrias; such was the nature of their non-combat relationship – Pyrias would find the mark, Gaius would reel them in.

After further friendly back-and-forth, Pryias asked what Clive wanted to do, what he was looking for in a corporation. His answer made both of the predatory veterans smile inwardly. “Oh, I really want to kill some people!”

“Fly with us, Clive,” Pyrias promised with a predatory glean in his heartless eyes, “and we guarantee someone will get blown up.”

“You mean that? Oh man, that brings a tear to my eye!” the clueless mark squealed, eagerly starting to pick out what ship he would undock. At Gaius’ urging, he chose his most expensive vessel, laden with his most expensive belongings.

“Now, we can’t have you join the corporation from in there,” Gaius lied. “You’ll need to fly with us about two systems away, but since we’ll be flying with you, we’ll make sure nothing unexpected happens.” As Clive was checking the last of his equipment fittings, Gaius, still orbiting the station, noticed a friendly command carrier warp in nearby. “Hey brother, stick around a minute. You’ll enjoy this,” he radioed over on a private channel.

Right on cue, with a little urging from Pyrias, Clive undocked his most expensive spaceship, a real beauty armed to the gills with the best weapons and ammo that Clive could afford. The rest of his worldly possessions were inside the station, what little he had after selling the bulk to meet the “recruitment deposit,” which was promised to be returned after he cleared an in-depth security check. Gaius and Pyrias could almost see the smile on Clive’s face as he undocked, seeing the vastness of the cosmos arrayed before him for the first time in years, eager to be part of a welcoming and friendly corporation.

Without fanfare the sky exploded with missiles, lasers, and carrier drones dive-bombing Clive’s shiny ship. For long seconds he took bombardment after bombardment, too stunned to even respond or react, his ship drifting lazily in space, rocked by concussive impacts from every direction as panels and turrets were blown off by the unrelenting hellstorm that greeted him.

“But, but why?” he cried to Pyrias, unable to fathom what was happening to him. “You’re shooting at me?”

“It kind of brings a tear to my eye,” Pyrias smiled, firing the kill shot right through Clive’s cockpit. 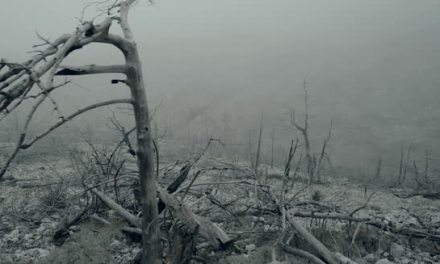