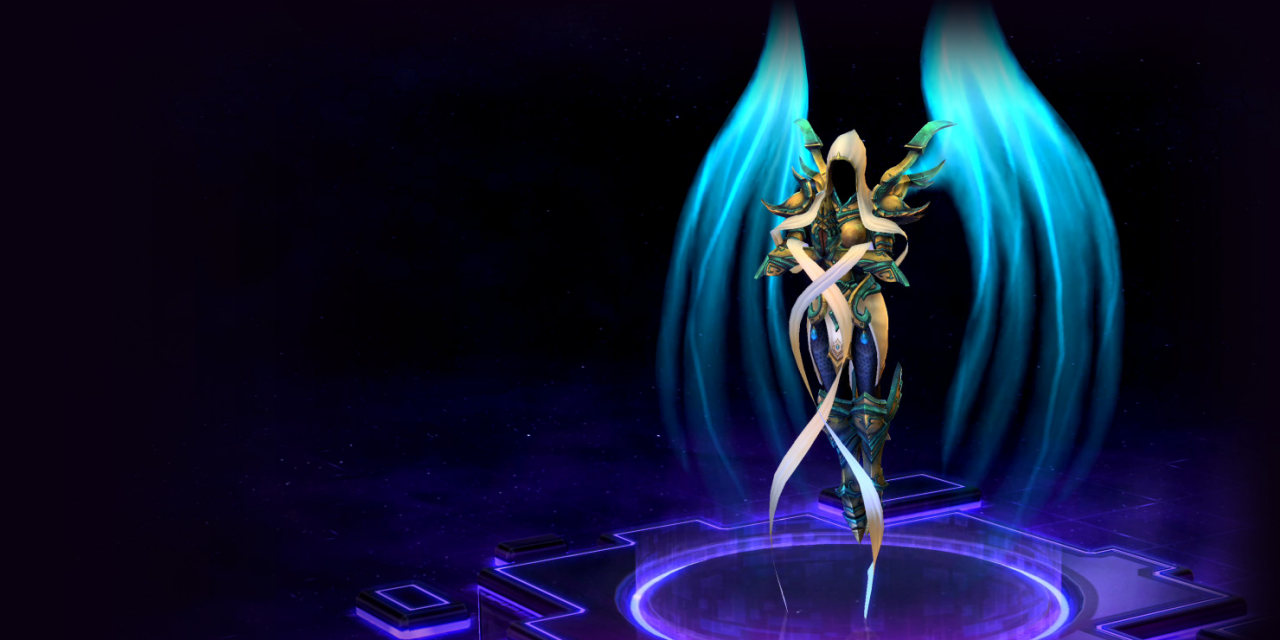 Because to a large degree I find the general Heroes of the Storm player base to be toxic, I have team text chat turned off and never join team voice channels. This means I am limited in my methods of communication with teammates during a match, and also that I have to pay careful attention to others and how they play rather than relying on in-game messages for direction. While assassin and bruiser heroes may get most of the glory, I think it’s important to identify and recognize how important a job those in more supportive roles have, and what it can mean for leadership.

Playing as a damage-dealer, it’s easy to get locked into seeing the game solely from an individual perspective. While tanks and support have to be aware of how they can effect the battlefield as a whole, often assassins and bruisers see a single target and engage, their singular goal to get the kill at any cost. If they get damaged and retreat, they may complain that the healer isn’t putting time and effort into their wounds, delaying their ability to dive back into the fight.

What that player may not see is that, from the healer’s perspective, the damage dealer is out of the fight, and their healing energies and attention is far more usefully spent on those still embroiled in combat. This is particularly true with healers that have long cool down periods between heals, such as Uther, Rhegar, or Auriel. Their conscious choice to not heal a safe—even if damaged—character should signify that, unless they have other means of self-sustain, they should back away from the front lines, and not dive back in again.

Conversely, if a healer is right up in the mix, it’s a good bet that they support and encourage the team to press forward, to keep fighting. A team can lose a damage dealer and still have a viable team-fight, but the same cannot be said for the healer. If they’re in the thick of it then, it means they have a high confidence that victory is close at hand.

When I’d playing a hero such as Ana or Lt. Morales, both of whom have powerful Heroic Abilities which can greatly benefit damage dealers, I always make sure to “ping” that I’m ready and intending to use the skill, and on whom I am aiming to use it. This should serve as a clear invitation to initiate on the enemy team.

Ana is ready to use Nano Boost!
Ana wants to help Li-Ming!

Because a team’s support is so vital to their overall success, I weigh their pings and map directions, all visible even to those with other forms of communication turned off, with far more weight than I do the damage dealers, or even my own.

Previously I’ve written how while the team may not always be correct, they are always right, and it’s my general recommendation that the team follow the support’s lead when it comes to engaging on foes, pursuing objectives, and willingness to press into opposing defensive structures. Because they must, by virtue of their specialized role, keep eyes on a large part of the map, they often have a clearer picture of how a fight will go than those hastily attack-moving into the fray.

I wrote this post not only as a suggestion to those who prefer assassins and bruisers to listen to the support heroes, and to not take it personally if heals aren’t always targeted at you, but also as advice to those who do enjoy the back-line, that they should step up their leadership and management of the team, when and where possible. Too often I see healers—myself included—passively sitting back and only offering healing services.

By using your positioning, being vocal with the cool down of your abilities, and sending clear messages of where you think the group should go, you will be providing a great deal of necessary structure in a game that can so often otherwise lack it.

Everything else being equal, the team that has a better handle on when to engage will come out on top, and much of that timing should be championed by the support heroes.

Header image taken from promotional material for Heroes of the Storm, featuring the healer Auriel