Out of Character Gum

An important concept in role-playing is the difference between information and emotions that are in-character and those that are out-of-character, just as the actors in a stage play may feel very differently toward one another than their respective characters do.

Because the very concept of role-playing is to step into someone else’s shoes for a while—often within a story or setting that only passingly resembles our own real life—keeping information or emotions that are in one category from bleeding into the other is an important skill to develop. Think of two actors in a theatre play; their characters may loathe one another but that doesn’t keep the actors from being friends. Similarly two actors may not get along behind the scenes but play characters who are madly in love with one another. Being able to put on a compelling, realistic, and meaningful performance requires the ability to largely put one’s feelings aside and step into the worldview of someone else, at least for a time.

It is also important to recognize that information shouldn’t cross the boundary between in-character and out-of-character information. I’ve worked in and around technology in a professional capacity for more than twenty years, but that in no way should transfer any information about advanced computing architecture to a barbarian I may be playing. Similarly though the character may have been battle-hardened and war-forged, that doesn’t provide me as the player any increased ability to wield a greatsword into combat.

When portraying a role, whether on the stage or around the table with some friends, it’s important to be present and in the moment. External interference like audience members talking, cell phone notifications, or someone wearing the wrong costume can all distract from the very real work of being someone else. When the aim is to be as true to the character and to the overall story as possible, it’s a huge benefit to everyone involved to have as few distractions as possible.

In a live-action role-playing (LARP) setting, there are small hand-signs that can be used to convey that some words are out-of-character, or are otherwise different than they appear. A subtle gesture can show that “my character is actually speaking a different language,” “I’m just passing through, my character isn’t actually here,” or any number of other not-immediately-obvious circumstances. These hand signs are easy and effective shortcuts that allow the flow of the scene to continue with as little interruption as possible, for everyone’s benefit.

With that introductory treatise out of the way, onto the main subject. What follows is a brief story about one of the most formidable role-players I know, who goes to great lengths to develop rich, deep backstories for his characters, and who also takes great pride in ignoring or at least not being distracted by out-of-game annoyances while he’s playing, and the day he met his match. Let me take you back all the way to January of 2005.

It was the first night of a new world-wide live-action chronicle. Players from around the world would be contributing to a single connected setting that spanned the globe. Players could visit other cities and bring their characters with them, interacting with friends and foes near and far. What happened in one city may have ramifications in other cities, as far as the game was concerned, and the power dynamics between the haves and the have-nots were not constrained to a small, local scope; the world-wide chronicle made it possible for even the smallest or least powerful character, if they played their proverbial cards right, to forge alliances and call in the cavalry from all corners of the Earth if things got hairy.

Over 100 players from the surrounding environs attended our area’s inaugural game, and every character was quickly making judgments about the nature and caliber of those surrounding them. The live-action world being rather tight knight, many of the players knew each other from previous games or other chronicles, but largely everyone did well to keep that familiarity from bleeding too much into in-character alliances.

One player by the name of Eric was portraying a character from Austria, named Adolf. While I had never met the player before, on hearing his character’s name and backstory, several who had played with him before rolled their eyes in frustration. He had a reputation for being a “power-gamer,” focused on the strength of his character sheet and ability to “win” over other characters rather than story, setting, or collaborative play. They could only hope he chose the name and country of origin from a place of ignorance rather than malice.

The character I had chosen to play was a native German-speaker and upon introduction I offered a friendly “ach, guten Abend” (“ah, good evening!”) before returning to English for the rest of our conversation. Just a little bit of character flair, pulling from my German language classes years and years prior.

Eric’s face fell into a sneer, right about the time that one of my best friends—Brandon—joined the conversation. Eric held up his hand to signify that his character was speaking a foreign language, and he announced that Adolf was speaking “perfect, native, immaculate German” with the overly-proud addition that “I have 5 levels of German on my character sheet.” It was clearly evident that he felt threatened by my throw-away line in actual German that I meant nothing by. Letting his comment pass, Brandon’s character and mine continued the conversation in German—each of us holding up the sign to indicate that we were doing so rather than speaking the English which fell from our mouths. We ignored Eric’s frequent checking of his phone, which he did every time the conversation turned from his direct interest, and which he rudely held up the “I’m not doing this in-character” sign when someone finally commented on it.

In the middle of a diatribe against the nature of an in-game political faction, Eric stopped and stuck several sticks of chewing gum in his mouth, continuing his rant while heavily smacking and blowing bubbles between sentences.

“Excuse me,” Brandon asked, shocked, in-character as a refined French nobleman, “are you chewing gum at this grand affair?”

“No dude,” Eric rolled his eyes, holding up his hand to signify that he was speaking as himself, “this is out-of-character gum. Out-of-character, man.” His chomping and smacking continued as he stared ad the much taller Brandon.

I saw the gears turn in Brandon’s head as he tried to process the statement, even going so far as to mouth the words as he tried. Finding the situation too absurd and funny to immediately compose himself, he turned around with his back to Eric so he could return to character with all the intensity and gusto the role deserved. I was able to continue speaking with Eric, in-character, for a few sentences before I saw Brandon’s shoulders move with a deep breath. He was ready to return to the scene.

He turned around, and looked down at Eric, ready to continue speaking, as Eric blew a large bubble from his “out-of-character gum.” This time, Brandon couldn’t contain the tremble at the corner of his lips or the snicker in his throat. “Nope, can’t do it,” he proclaimed in a voice that was clearly his and not his character’s, before he turned and walked away, seeking conversations with players who took the idea of portraying a role a bit more seriously.

Though the story may lose something in translation, though it’s been more than fifteen years I can still go up to Brandon and say, in my best Eric impression, “out-of-character gum, man” and send him into a snickering fit. 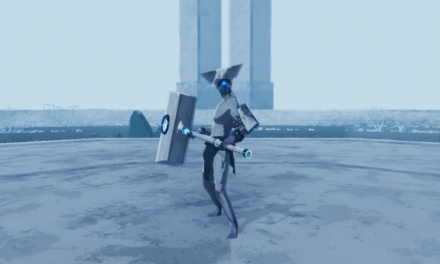 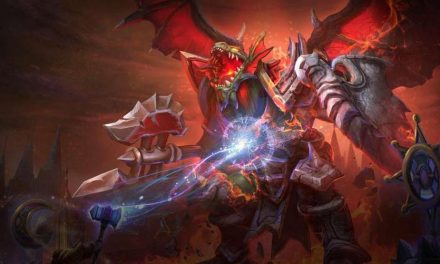