A beautiful new day rose over the smooth waters of the Clashing Seas, tempered as they were between the Island nation of Istan and the rocky shores of Kourna. Spearmarshal Kormir stood at the docks of the Island of Shehkah, where the newest class of recruits had arrived, eager to pledge themselves to uphold the peace and good order of all Elonian society, to put behind them previous allegiances and biases.

Standing at her back were those who had just completed their second year in the Order of the Sunspears; those who would help oversee the recruits’ training and seek to prove that they had internalized the lessons taught to them during their own weeding-out period.

Clad in white-lacquered ceremonial armour, universally-iconic as the badge and mantle of the Sunspears, she looked upon the new arrivals with hope and conviction in her eyes. Whether they had come from the palaces of Vabbi, the military camps of Kourna, or the jungles of Istan, she knew those who passed and accepted their role in the Order would become true and faithful defenders of the continent.

As she began to introduce herself—though her reputation and zeal for the order far preceded her—the sounds of cannon fire drew her up short, all eyes darting toward the mist-dappled cliffs to the South and the villages which lay beyond.

“Sunspears,” she barked, dropping all hint of fanfare. “Move out.”

Assigned to defending the fishing hamlet of Chahbek Village, our heroes—ready to begin their first assignments as upstanding Sunspears—conducted themselves with honor and zeal, routing the hostile corsairs, saving homes and livlihoods of the grateful residents. Regrouping with First Spear Dehvad, the Order’s primary strategist, there are fears that the diplomatic visit from Kournan and Vabbian nobility is straining the Istani navy beyond capacity, leaving seaside towns like Chahbek vulnerable to raids and giving the corsairs an opportunity to create bases of operation in the isles.

Dehvad suggested they recuperate from the bloody battle in Kamadan, and give their superiors time to piece together just what the diplomatic mission could mean for Istan. In the mean time, there were plenty of opportunities for the Sunspears to make their marks and help those in need.

Realizing that the corsair attack on coastal villages may only be a symptom of a larger problem, the Sunspears marched into the Plains of Jarin to protect the good people of Istan. Rescuing a traveler harassed and threatened by carnivorous plants, they grew suspicious—never in their experience had so many different monsters come together in such numbers, particularly so close to civilization. Something was certainly amiss.

Reporting their intelligence to First Spear Dehvad, they learned that miners from the Istani Society of Engineers and Architects were being harassed by harpies as they struggled to set up a new dig site, and that the miners were required for a “special project” of Spearmarshal Kormir’s design. Traveling to the Cliffs of Dohjok’s western edge, they—with the assistance of several (fool)hardy miners—were able to clear the harpy nests and give the Society the breathing room it needed to provide Kormir the assistance she needed.

They learned that Kormir’s intention was to excavate the fabled First City of Fahranur, seat of the Primeval Kings’ power. Sealed since the time of the Scarab Plague four-hundred years prior, speculations abounded as to her intentions and end goal. Upon returning to the Sunspear Great Hall to report their success, the group was met with a distressing sight—a Kournan general had organized an “exhibition” of martial prowess between his own heavily-organized troops and the youngest class of untrained Sunspears. The latter strived to succeed but were soundly outmatched. Again and again the general demanded they return to the fray, and the First Spear assigned to lead the exhibition was all but powerless to stop the brutal mock-battle.

Stepping in and using their own real-world experience to offset the sheer numbers of the Kournan troops, our heroes did well for themselves and for the Order of the Sunspears. Satisfied, General Morgahn departed, taking his troops with him.

Soon thereafter the Sunspears were approached by a Vabbian emissary, asking for their help in finding a young Kournan rabble-rouser named Melonni. She had been digging into an astronomical event called “Nightfall” which was also of great interest to the Kournan spymaster, and the Vabbian worried that the Kournan dissident was going to get herself killed. The Sunspears agreed to set out in the morning to prevent the feared political assassination.

Escorting the Vabbian Emissary to Istan’s famed Astralarium and celestial observatory, the small band of Sunspears learned of an ominous prophecy intertwined with a celestial event called “Nightfall”, where the age of humans and gods would come to an end and a forgotten terror would rise from the depths. Unsettled, they decided to expedite their search of Zehlon Reach for the mysterious Kournan who had so drawn the ire of the military high command.

Fording the swamps and wetlands on the way to Dimtu Village, where Melonni was last seen, they were met with a village elder, who warned that they were not the first who had come looking for the young woman, and that Kournan troops had been sniffing around just days before. Dedicated to the plight of small communities such as Dimtu, Melonni was off attempting to strike down the dreaded Hamou Ukaiou, a sea-born beast that was wrecking havoc with their fishing. Trekking over the wind-swept coast, they met with the outspoken woman, and with her help, slayed the terrible monster.

Returning to Dimtu Village, the local heroes were celebrated, and after the evening’s festivities they sat down with Melonni to learn why a foreign military was targeting her for assassination, and if her own studies could shed light on the terrible and ominous event of “Nightfall.”

Header image from Guild Wars: Nightfall
More information about this ongoing story arc can be found in this post 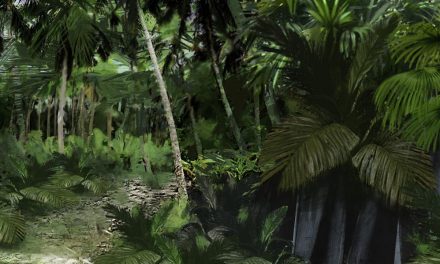 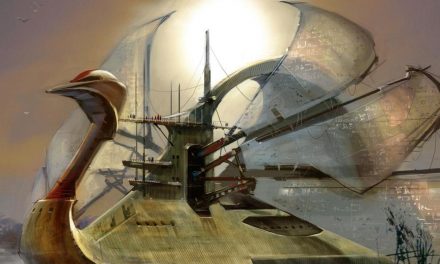 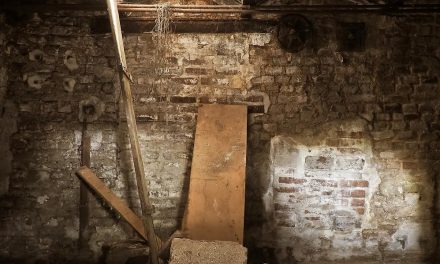 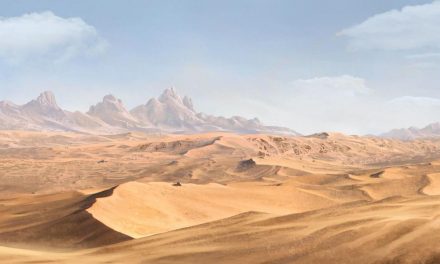