A heavily-accented, deep voice commanded “go away. Go away and never come back to the Caribbean.” One of his men forced her into the waiting plane as she kicked, screamed, and cried.

Her eyes snapped open, a hot sheen of sweat at odds with the too-cold air pumped in to the too-cold basement “apartment.” There was the sound of rain—she tried to focus on it to calm her ragged breaths.

It wasn’t always the same dream. Sometimes she saw her husband fall from the zip line into the waiting jungle below. Sometimes it was him being loaded into the “ambulance” that spirited him away. Sometimes it was the police chief who suggested she killed him for his money, because there was no evidence he ever made it to a hospital.

She checked her commlink—one new message. Another security detail job, protecting some anonymous playboy who wanted to visit a “real street bar” far away from the safe walls and bright lights of his daddy’s corporate lifestyle. She shook her head and sharply winced from the bruised vertebrae she was left with from her last gig.

But she couldn’t bring herself to delete the message; the money was too good, and she needed every nuyen.

The fake “tour guide” who had recommended the shady, fly-by-night zip line operation in the first place confirmed as much to her, through the remains of his broken teeth.

That’s where the police had found her, straddling the nearly-unconscious man, screaming at him in the middle of a dirt street. The club she had bodily thrown him out of—the same club he first met the honeymooners at four nights before—had called them after she rampaged her way in, looking for him. It took four officers to pry her off of him, one of which ended up in the hospital himself.

“His blood,” the guide gurgled as the cops took her away. “They need his special blood.”

Since landing in a less-than-friendly UCAS that never cared about her even before she was declared a violent and unhinged deportee of a renowned tourist-friendly foreign government, she had scrimped and saved every red cent she could make to try and get back to her husband.

An upbringing filled with pain and brutality taught her she couldn’t trust anyone—only her fists. Her husband was the first person who showed that maybe there was good in the world, and just maybe she was deserving of it.

That little flicker of happiness in a lifetime of cloying dark, and someone took it away from her.

She knew what it would cost to hire private investigators—quality ones—and how much it would take to get herself smuggled back into the island nation. Every day that went by she knew her chances of finding him grew slimmer, but every job brought her just that much closer to making it possible.

She responded to the waiting message, asking when and where she’d meet her client. She had a job to do, and she’d be focused on the mission at hand, but always in the back of her thoughts was the unwavering goal of making those responsible pay for what they did, in blood.

This character concept was directly inspired by Gina Carano’s character from the 2014 action movie In the Blood, written by James Robert Johnston.

Header image from Pixabay.com, a source of royalty-free stock photos

A Man out of Time 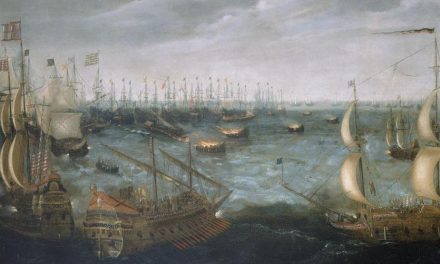