Whether playing in a pulse-pounding ranked match or a casual brawl, Heroes of the Storm‘s chat window is often filled with critiques and criticisms of what players are working toward—everyone has their own idea of what is “best” for their team, and this can lead to disharmony or dis-synergy in the group. A lack of positive or preemptive communication could result in one hero knocking enemies out of the path of another’s big attack, while another teammate is off taking a camp instead of participating in the team-fight (see a recent article about this very topic).

In many aspects of life personal ego is a difficult thing to subserviate, particularly in competitive environments. The feeling of “I know best” or “my experience says” is a strong one, and I believe is a leading cause of the interpersonal conflicts we see arise on the internet. All that said, there are some situations, particularly in online gaming, where we can look at a scenario objectively and determine what is the most optimal course of action.

While Heroes of the Storm is a game which often sees heroes spread across a large battlefield, many maps have particular objectives or events which demand careful coordination between players. For this post I will use the map “Infernal Shrines” as the sample proving grounds.

Infernal Shrines, a three-lane map, has a recurring event where a small horde of NPCs must be killed in order to summon a powerful entity to help destroy enemy structures. The first team to kill 40 of the critters, which spawn in very specific parts of the map, wins the engagement and puts the other team on defense.

A very effective strategy not normally seen at lower levels of play is to take a camp—a small band of roving NPCs—right before the titular shrine activates, forcing the opposing team to choose between fighting for the big NPC and stopping the smaller but still effective group pushing at their gates. This strategy’s simple goal is to have a numerical advantage when it comes to assaulting the map’s special objective, or to gain the upper hand on the map even if the specific fight is of even strength.

A group of two or three can harass or stall a group of five, but there’s very little chance of them being able to stop or overwhelm the larger force. This same philosophy is applicable to almost any map and game mode; two people trying to accomplish an objective are almost certain to fail when they meet a larger opposing force.

Following that logic, it’s reasonable to say that if the majority of a team is headed in a particular direction, no matter how contrary to an individual’s sensibilities it may be, it is in everyone’s best interest for the team to move as a whole.

A much more talented HOTS player than I put it thusly:

Even if the team is wrong, commitment increases the likelihood of success.

If three out of five heroes are off taking a camp, completely ignoring the main map objective, it is in that team’s best interest to have all members of the team participating in the “wrong” activity, both to hasten its completion and to ensure they aren’t caught out alone and needlessly killed by a superior force.

It may be—in fact, it is—frustrating to see teammates actively take actions or focus on goals that are actively counterproductive (according to my understanding of the game), but it’s very important to remember that it’s in everyone’s best interest to work with consensus; putting aside our individual thoughts on what is or isn’t best for the team in the face of numerical decision-making.

In short, the team is always right, even when it’s completely in the wrong. Actively fighting against the flow is actively harming your chances at victory more than whatever strange priority they chase.

Header image taken from promotional material for Heroes of the Storm by Blizzard Entertainment. 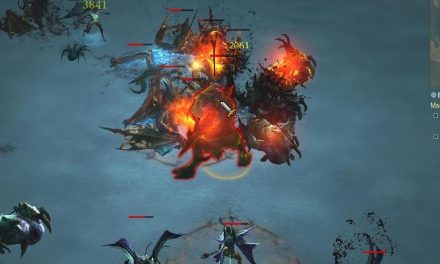 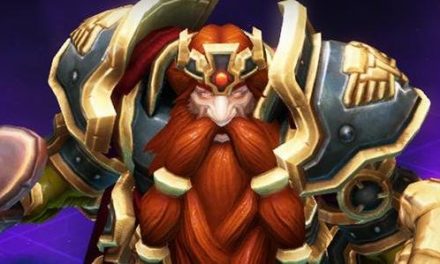