Maybe the Boy Scouts had something with their “be prepared” motto—a little forethought went a long way into not having to deal with afterthoughts. Sometimes the universe had a special way of showing its serendipity to those not normally enthusiastic about planning.

When the running crew, coming off several very successful, very lucrative runs, bought a high-end apartment in a posh downtown skyscraper, they made sure to demand the inclusion of a garbage disposal unit that could “handle anything.” Used to the odd requests of the social elite, the builders did as asked and the team moved in, enjoying the comforts that most runners would never see.

It wasn’t two months later when the runners heard a disturbance in the hallway outside. Flipping open the security feed, they saw a rowdy twenty-something trying to pound his way into old Ms. Jenkins’ across the way. He had a gun and was pretty agitated—likely high on some illicit substance. It’s a wonder he made it past the door guard on the ground floor. Taking aim with his customized Ruger Super Warhawk™, the team’s ork mercenary let two bullets fly through the soft exterior wall. With his aim as good as ever, the would-be burglar crumpled to the floor in a mess of quivering flesh.

Opening up the door to appreciate a job well-done and to inspect what damage the high-caliber pistol may have done to their wall, the runners saw Ms. Jenkins poking her head into the passage. “Jeremy?” she called, worried. Seeing the body of her nephew on the floor and the large, armed, grinning ork across the hall, she screamed and locked the door behind her.

“We should save the cleaning crew some time,” the team’s dwarf suggested, nose wrinkling at the sight. “They’ll have enough trouble with the carpet alone.”

Without a second thought the ork hoisted Jeremy’s cooling body over his shoulder and head directly to the apartment’s expansive kitchen. “Time to test that disposal!” he grinned toothily, pulling out a cleaver to turn the body into more “manageable” chunks. Unceremoniously he began to ply his cyberware-enhanced strength to the task.

It was about the time he noticed the industrial-strength disposal had begun to back up when his commlink beeped with an incoming message from the team’s resident hacker, who was spending some time away from the city enjoying a retreat in Tsimshian lands.

A swarm of police are en route to the flat. Something about shots fired and a dead body?

“Aww hell,” the ork grumbled, frustrated both from the inability of his fancy garbage disposal to deal with human remains and the impending arrival of the not-so-understanding police force. Pulling a heavy rifle out of the dish cabinet, he told his partner to get ready for a tactical assault.

Little made the fire-haired and heavily-augmented dwarf happier than dishing out bullets and explosions. Little made him less happy than being on the receiving end of the same. Crouching near the front door, just below the two bullet holes added by his robust friend minutes earlier, he made sure his SMG was ready for action. Going through a mental checklist of his available armaments, he was pleased to remember having restocked the concealed travel case in his cyberleg with fresh explosives after the last run. “You never know when you need a little boom” was almost a life motto of his.

It didn’t take long for the Lone Star rapid response team to make their way to the fifty-third floor of the luxurious apartment building, filling the hallway with heavily-armed and -armoured paramilitary goons. “Apartment 5381!” they yelled by way of introduction. “This is Lone Star Police and Security Services, Incorporated, serving the greater Seattle metroplex under contract with the UCAS government”—did they have to say the whole thing every dang time the dwarf thought, rolling his eyes—”and we are ordering you to come out with your hands up!”

“What’s this about?” the ork yelled back, taking cover behind a ballistically-reinforced leather couch. He counted ten, maybe fifteen soldiers in the hallway, and was not for the first time thankful that their hacker friend had ensured the entire hallway was covered in barely-noticeable security cameras linked to monitors they had all around the apartment.

The dwarf didn’t wait for a reply, stepping in front of the closed door and spraying a long line of bullets at waist-height before ducking back to the side. The bulletproof door they wanted had been on back-order, so they had gone with thin plastiboard as a temporary solution.

Return fire erupted from the hallway squad, almost obliterating the door and punching large holes on the walls to either side. Struck several times, the dwarf grunted, tasting blood as he retreated to the kitchen. Several of his artificial systems had been damaged by the barrage, including access to his leg compartment. Plenty of his meat parts were worse for wear as well, but he gave those merely a passing thought; he could always replace meat with more metal.

The back-and-forth firefight continued until the ork managed to throw a fragmentation grenade through the remains of their front door—though the assault team dove for cover, the narrow hallway amplified the blast, forcing them to pull back, dragging their wounded with them. “Control, we need aerial support now!” one of the men barked into his shoulder-mounted radio.

“Buddy, we’ve got company coming!” the ork yelled to the dwarf, who had retrieved a barely-portable LMG from its hiding place in the oven. “Time to get out of here!”

Grunting with effort—both from the overwhelming weight and unwieldiness of the weapon and the strain of his wounds—he managed to join his friend in the blackened remains of the hallway. Walls, floor, and ceiling had all been blown apart by the hail of gunfire and explosive charge, and the ork thoughtfully helped his friend across the more treacherous rubble as they made their way to the elevators. Screams and shouting could be heard from the floors above and below, but the runners were more concerned with the dozens of soldiers likely making their way up the stairs.

A cold drizzle greeted them as they stepped onto the windswept roof, a constant irritant as water crept under their coats and soaked into their shoes. “What are our options?” the dwarf asked.

Leaning over the tall railing, the ork shook his head. “They have a gunship sweeping the outside of the building. Maybe we shouldn’t have bought a place in such a high-security tower.”

The dwarf’s retort was cut short as bullets spewed from the roof access hatch, striking him up and down his back. The ork returned fire, dropping the officer that had joined them on the roof.

“This isn’t good,” the dwarf slurred, his blood mixing with the rainwater puddles. “They hit the meat this time.”

“Dreck,” the ork cursed. They didn’t have any medpacks or stim-drones or any other medical provisions handy. He knew his friend was dying.

“I always knew Lady Fate would catch up to me some day,” gurgled his wounded companion. “Just do me a favor,” he asked, slowly turning an eye to the tall mercenary above him.

“Make ‘em pay for getting me.” His red hair was matted with rain and blood.

“Any way I can, buddy, any way I can,” the ork promised. Within moments he was alone on the roof, the dwarf having slipped beyond the pale horizon from which no traveler returns.

He could hear the gunship making its way to the roof, the whine of its powerful rotors louder than the gusting wind and sheets of rain. He checked his munitions—half a magazine of ammo, no grenades, and a combat knife—and searched the roof for any means of escape. The dwarf’s cyberware glinted in the evening pallor, a stark contrast to the stained and dulled fabric of his clothing. The ork stopped.

He had an idea.

Hoisting the remains of his friend—and more importantly the cache of explosives suck inside his cyberleg—over the railing, he nodded a toothy good bye to his long-time friend and running companion. Adjusting his grip ever so slightly, he heaved the mass over the edge, on a direct course for the ascending police craft.

With a cacophonous roar the building shook as the rotors made contact with the falling dwarf body, igniting the explosives hidden within his artificial limbs. The copter streaked groundward, flames and broken glass falling in a shower to the street below.

The ork’s grin widened as he turned his muzzle toward the roof access door. “They’ve paid, buddy. They’ve paid.”

This story showcases the type of “pink mohawk” style of gaming which is preferred by some players. Check back soon for another in-universe story, one based on the “mirror shades” playstyle. 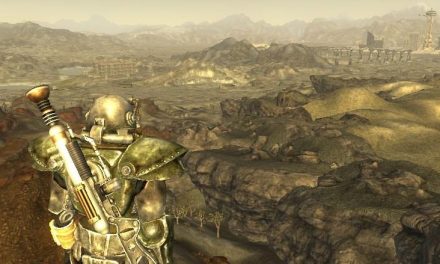