Relationships are rarely one-way streets—either both parties are committed or the whole thing falls apart. Many may associate the word “relationships” with intimate pairings, but the truth of the matter is that even simple friendships need open pathways of trust, communication, and faith. There was never a doubt in Jay’s mind that they supported and believed in their friend, and there was never a doubt that their friend felt the same way.

Many children have imaginary friends, creations of their own creativity, playmates in whom they can confide and with whom they can weather any storm. Even though nobody else could see Pete, Jay knew he was more than imaginary—Pete was real, and he was wise.

Pete never shared secrets of how to be better at doing math homework or how to be braver during scary movies—his secrets were more esoteric, hinting at the underpinnings of the universe itself. Jay loved Pete, and knew that Pete loved them back, in his own way. He wasn’t always there, but Jay could always feel his presence in the back of their mind, like a pair of hands giving a comforting back rub in the stillness between thoughts.

Jay’s parents were religious, and tried to instill in their child a similar passion for the divine. None of their holy writings and scriptures made much sense, until Jay made the connection that everything they discussed could just as easily apply to Pete as some fictional being in the sky. Pete was all-knowing, Pete was all-loving. Pete was kind, Pete was mysterious. Pete believed in Jay, and needed Jay to believe in him.

Pete walked alongside Jay from birth through college, and into the working world thereafter. Jay tried to start several school clubs espousing the truths that Pete revealed, but none lasted long. In the end, it was always only Jay who kept the faith. For a while it seemed like Jay’s belief was enough, until it wasn’t, and Jay would again embark on a quest to bring others into the fold.

It’s not that Pete’s ideas were radical or unorthodox—particularly in light of the resurgence of New Age mysticism and modern occultism—but more that most people were uncomfortable with the idea of questioning the very nature of reality. Many spiritual offshoots may claim to question the world, but they all stopped short of where Pete—and thus Jay—wanted to take them. The world was illusory, infinitely recreated with each passing moment through the general consensus of every being within it. With enough belief, with enough faith, the world itself could change.

Some followers eventually learned to control candle flames with a wave of their hand, or become hyper-aware of their surroundings even with their eyes closed, but none had the constitution, the depth of faith, to discover just how much power they really had over reality. Jay doubted they would even be able to comprehend greater powers if shown. Still though, Jay encouraged people to believe in Pete’s teachings, and they felt Pete’s smile broaden with everyone who accepted the blessing.

Occasionally, when Pete grew proud enough, he would reveal a bit more unto Jay, a deeper understanding of the transitory nature of life and all things therein contained. Occasionally Jay would even understand the lessons.

Jay believed in Pete, as much as they believed in their own body or the smell of a summer rain. Pete was real, and his message must be shared with the world.

Sometimes, having a potent Avatar shapes someone’s perceptions, their beliefs, and their entire life. Sometimes, it can do more harm than good… 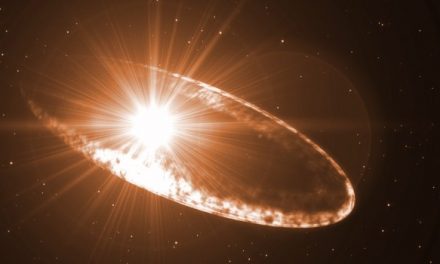