Two more whipping rivers of magical energy, pulsing with a strong, violet light, arced from the swirling dust to the large Azurelith gem embedded in Cairn’s forehead, the slumbering giant seemingly encased in the very same stone which made up the mesas and plateaus of the Earthshakers’ camp. We had taken the central ground, but needed to cross rickety wooden bridges to the other platforms where the stubborn mages were maintaining their ritual.

While we sprinted East, I ordered the Scarlet Chorus which had supported us in the assault to head South, hoping that dividing our forces would provide a swift end to whatever magic the traitors were undertaking. Through the choking haze we heard several voices chanting in rhythmic tones, along with the unmistakable sound of others drawing steel. Getting the nod from Barik, Verse, and Eb, I charged forward into battle once more, hoping we could push our way onto solid ground rather than the swaying bridge which seemed too precarious to withstand any errant strike.

A second ritual crystal shattered with a pommel strike, I took stock of my companions. All of us were bruised, bloody, and caked in sweat-hardened dust. Verse leaned heavily on Eb and Barik spat out a tooth that had come loose in the melee. Elsewhere in the camp, shrouded by the incessant dirt which seemed to flow on every current of air, we could barely make out the sounds of further combat – the Scarlet Chorus taking macabre joy in dispatching the Earthshakers. Even if they weren’t strictly members of the Disfavored any longer, having thrown away their allegiance to Kyros’ great army when they chose to stand alongside their slumbering, turncoat master, the Scarlet Chorus enjoyed cutting down anyone wearing the purple garb of their longtime enemies. That this time they had official sanction was icing on the cake.

This was the final snippet I wrote for my long-running “Conquest” series. I’m hoping to revisit the story again, hopefully with more input from Paradox games, but it was a very fun experience seeing the emergent story that came from seemingly little decisions throughout the game. 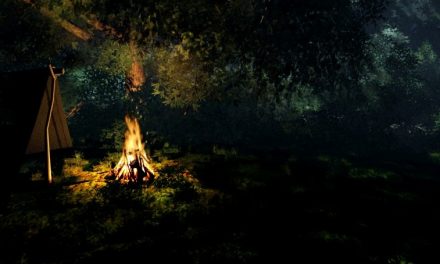