Since waking up I’ve done a lot of things for money – raided abandoned settlements, defended farmers from ghouls, stolen from super mutants, looted pre-war facilities, and done the occasional odd job around the Commonwealth. I hadn’t to that point been a hired gun, or at least not how I saw it, so it was an odd feeling marching with the Minutemen toward an old fort that I once visited as a kid.

When we arrived, it looked the same as I remembered, just with a few hundred years’ of neglect. Tall weeds, a few walls buckled and broken, the old pier sunken into the bay. I didn’t really see what the big deal to these guys was, but I admit, if they took a few months to reinforce everything, it could be livable again. Every fresh start has to begin somewhere I guess.

“You see those?” the de facto leader of our little band pointed toward the main mustering ground. “Mirelurk eggs. Whole place has been run over, and they’re going to out-breed us unless we take care of things.” A few Minutemen were charged with destroying the eggs, the rest of us relegated to watching their backs because there isn’t a mother in nature that wouldn’t come running if her babies were in trouble.

One nest down, then two. Things were looking good, which meant I knew our luck was about to run out. The kid, Sanchez, was the first to go down. He tripped over what he thought was a rock, but was actually an emerging mirelurk. If you’ve never seen one, they’re like huge crabs, and I mean huge, with shells hard enough to stop bullets.

We spent a lot of bullets that day. I’m glad the Minutemen brought plenty of ammo, because I would have been long out after just the first wave of skittering ocean-bugs that came charging for us.

At one point the ‘lurks seemed to retreat a bit. “Get ready!” the self-promoted general called out. “Here she comes!” Obviously he had more information about what we were up against than he had volunteered. If he had been more forthcoming, maybe I wouldn’t have joined their merry little band.

I had never seen a Mirelurk Queen before, and I sincerely hope I don’t ever again. Like a mirelurk pumped up on radioactive steroids, this thing was easily ten feet tall and larger across. Lasers and bullets alike bounced off of darn near every piece of armour, and it was smart enough to keep its vulnerable face and belly hidden behind its giant claws. The thing was fast, too, glowing a sickly green in the fading twilight. We had been out there almost all day, and it seemed both sides knew this was the final stand.

We lost four more just to the queen, bringing our total casualties to seven, by the time Samson got a lucky roll with his plasma grenade, exploding it right under the queen’s belly. Rearing back in pain, we all unloaded everything we had into her exposed underside. More grenades and Molotov cocktails followed, and the creature died with a final sputtering wheeze.

Apparently the Minutemen wanted to build a radio tower, shore up the walls, and see what they could scavenge from the old armoury. This was going to be their new base of operations in the Commonwealth, and they appreciated my help. Honestly, I was glad to get out of there with little more than a few scrapes. They gave me a mostly clean cot to sleep in and enough caps to help the doc take care of my dog a little longer.

Honestly, not a bad group now that I think of it. I may have to check in on them from time to time, see how their little Commonwealth defense project is going. 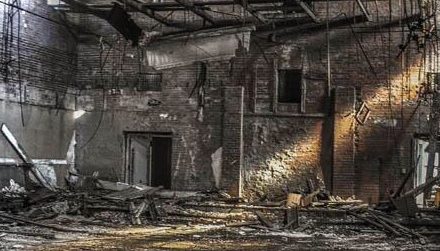