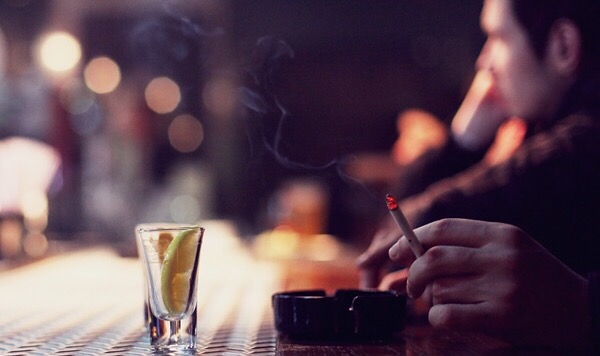 Even weeks after the violence which once inundated Santa Rosa nightlife subsided Ren Kincaid was nervous about going outside. Being chased, threatened, and shot was not any kind of good fun in his mind, contrary to the apparent night-to-night dalliances of the rest of his Clan, and so it was with no small amount of trepidation that he found himself driving into the heart of Sonoma County’s best-known and most populace city, unable to withstand the quiet solitude of his subdued home any further.

Walking down the main thoroughfares of Third and Fourth Streets, he steeled himself against reacting to every jostle and hurled insult as if they were genuine threats. Nobody knew him, he told himself, had no reason to single him out of the crowd, and held no more malice for him than for the general population at large. Always having followed his instincts rather than concrete calculations, he nevertheless kept his Beast, that rising flight response, at bay, hoping to find some small measure of normalcy in the midst of the night’s chaos. Walking as if on autopilot while engrossed with his own internal struggles, the Brujah eventually found himself standing outside of the Blue Note, not remembering the steps that had taken him that way.

His lips pursing as he listened to the faint music coming from behind the thick oaken doors, painted up to look like a prohibition-era speakeasy, the decision was eventually made to go inside – turning back would have been too easy, an admission that the streets and his own fears had bested him. Nodding to the bouncer with a nonchalance he did not feel, he entered the blues and jazz club that had served as his port of call for so many nights in years previous.

Opting for a seat at the far end of the bar rather than his normal mid-crowd table, he signaled for a drink; the bartender knew him and his tastes. Other vampires had looked down at Ren for continuing to enjoy the smell and taste of mortal food and drink, but he always assumed it came from a place of jealousy – they knew they had lost something, he reasoned, and his enjoyment of it reopened that wound. The bartender smiled at him as she poured his bourbon, leaving the bottle just within his reach. “Haven’t seen you around lately, Guillaume,” she greeted him with a name he had used on occasion, pronouncing it in a way that always made him smile. “Missed having you in here.”

Ren smiled back, even if in his heart he wasn’t yet sure about the decision to venture out. Rosa her name was, he thought, and figured her for a girl out of college. She was normally behind the bar Tuesday and Wednesday nights, but apparently had been promoted to working the busy Friday night crowds. “Things to do, you know how it is,” he replied with far more offhanded casualness than he felt. “I have a lot of people to keep happy.”

“Like that pretty blond one?” she asked with a grin that reached to her eyes. “The one with the necklace and bracelets?”

Either Ren had gotten sloppy and made too much a habit of meeting other kindred here or Rosa was far more perceptive than he had given her, or really most mortals, credit for. “She spends her time with the powerful people,” he tossed back, “not a lot of time for small fish like me.” He gave her a wink of thanks and a half-salute with the glass as another patron called for her attention. As she turned his face fell slightly, descending again into his own pool of weighty thoughts. Perhaps he should stop meeting his few associates at the club, he pondered, weighing the risks. Above anything else he didn’t want to cause trouble, and he knew how temperamental some people could get if the mortals came to recognize them, even in the periphery.

As the band began to find the groove of their second set drink orders finally slowed and Ren saw Rosa heading his way, drying a glass. Wordlessly she leaned against the bar across from him, pouring herself a small finger of brandy to match his. “Tell me, Guillaume,” she began as her head cocked to the side, having to lean in so he could hear her over the din of the nine-part ensemble on stage, “what do you do? I see you in here looking nice, like a lot of folks,” she gestured with a nod to the rest of the crowd, many of them wearing expensive suits or accessories, “but you look like this is your every day – not just some costume you put on to get attention.”

Ren ticked another mental box – definitely perceptive. While that put her firmly in the “dangerous” category, it certainly also made her far more interesting than the usual Santa Rosa denizen. “Piano,” he answered simply. “I compose. And I wear nice things because I like to. Why spend my life suffering for anything but the best?”

“Amen to that,” she echoed as a toast, clinking their glasses. “But in my case,” she sighed while pointedly rolling her eyes, “I’m spending a lot of my life here, catering to people far from the top of their game.”

Watching her as he sipped from his glass, the Brujah was struck with how similar her attitude was to his own, perhaps a hundred years and many thousands of miles away. “That dissatisfaction, it’ll eat at you,” he warned, voice weight with experience. “You have to find what makes life worth living, not just surviving through.”

Her response cut off by someone at the other end of the bar loudly banging his glass on the wooden surface, she gave him the briefest of wan smiles before turning to the patron, continuing to keep busy as the band played their third and final set. They had some talent, Ren admitted, but ultimately decided they wouldn’t find much of a market for their sound in Sonoma County. Too many overproduced hits and synthesized vocals were crowding the airwaves for the artists, passionate as they may be, to find purchase.

Rosa checked in with Ren periodically through the rest of the evening, refilling his glass several times, often with a light pour for herself, sharing a few moments in shared conversation before she was called back to work. Having rarely seated himself at the bar before, most often preferring being in the middle of the toe-tapping audience, he found a small pleasure at watching Rosa work from up close. She adeptly managed the customers’ emotions and expectations, whether they were sipping their first or last drinks of the night, with enough tact and guile to avoid outright angering anyone, even as she suggested some patrons find themselves another watering hole. Though he disliked admitting it, he liked seeing her in action.

As the music quieted and conversations lulled with the fullness of time, she announced “last call” to the few who still remained at two a.m., placing a fresh bottle next to Ren, who hadn’t moved through the whole of the evening, aside from a few strategic trips to the restroom to relieve himself of the indigestible alcohol accumulated in his stomach. Raising an eyebrow at the bottle, Ren caught the bartender’s wink before she turned to shoo away other patrons, encouraging them to find solace in warm beds elsewhere.

Other than the young kid sweeping the stage and bouncer smoking out the back door, Rosa and “Guillaume” were soon left alone in the club, lights turned low and the dishwasher’s preferred music wafting thinly through the kitchen doors. She poured a healthy glass for both of them and clinked them once again in mock salute. “Another night winding down,” she sighed tiredly, strands of dark hair having started to come loose after hours of serving patrons.

“Seems a good one though,” Ren offered after a thin sip of his liquor. “A reasonably-talented stage show, only one drunk needing to be escorted out, and a few gracious tips on your pocket.” Perhaps it was the atmosphere or the alcohol, but he found himself in a better mood than ever in the preceding several weeks – the atmosphere of the club brightened his attitude significantly, even after hours.

“Yeah, it could have been much worse,” she admitted. “And you? Usually you seem to talk to everyone, but tonight you’re off in the corner all by your lonesome.”

“Sometimes taking a step back is a good thing. Seeing it all from a different perspective,” he answered vaguely, trying to sound philosophical. Her expression however told him that he missed his mark.

“Uh-huh,” she grunted at him with incredulity, pouring more dark booze for both of them. “Get burned recently, did you?”

Ren wrinkled his nose and took another sip. “Things don’t always work out like they should – let alone how you want them to.” He looked back to her with a shrug. “Sometimes you have to know when to lay low.”

“I see a lot of people ‘laying low’ around here. whether they know it or not,” she gestured to the empty bar. “People trying to get away, or at least get to somewhere else, with no idea they’re missing what’s really going on in their lives. Before too long…” she trailed off suggestively.

“I’ve only been down two, three months? Not so long in the grand scheme of things,” Ren admitted, though he found himself surprised; he still felt like it had only been a few weeks since he started fearing for his life.

“A few months?” Rosa shook her head but smiled. “You’re either deeper in than you think, or still able to save yourself. Maybe both, I guess.”

“‘Save myself,'” Ren smirked to himself. “How would I go about doing that?”

“First,” Rosa grinned with a wolffish smile, “you’re going to take a nice young bartender home, then tomorrow you’re going to get up and do something about your situation.”

Ren raised an eyebrow at the woman’s forwardness. “And what should I do about ‘my situation?'”

“I don’t know, Guillaume, but I’m sure things will look up in the morning.” She stood up, downing the last of her drink in one motion, and offered Ren her hand. “C’mon Mr. Sulky, time to enjoy life again.”

Taking her hand, he looked up at her with more sincerity than she had expected. “It just might be.” 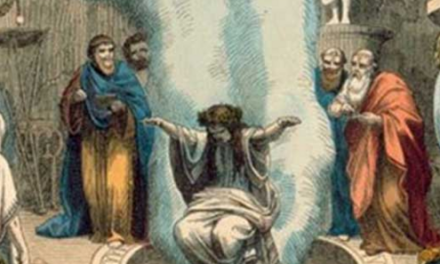 Both Sides of the Coin