When my wife described San Francisco’s The Speakeasy to me, I admit I wasn’t that enthused. Not being the biggest fan of cabaret, I thought the idea of a 1920s underground club was interesting, but probably not my thing. Nevertheless we and several other friends bought tickets and went to the show, and boy was I wrong.

The entire night is an interactive, lightly-improvised, immersive theatre experience – to get our entry tickets we had to find a man with a yellow hat in a specific alley and ask him if he had the time. After giving us a once-over he sent us to his associate “Mumbles,” who gave us the low-down on the evening to come, all completely in-character. We walked a block or so to the actual entrance, sandwiched between an Asian market and laundromat, and descended into the smokey, prohibition-era club.

We had a quick tour of the bar, the casino, and the cabaret stage, and saw quite a few “regulars” – actors whose jobs were to increase the immersion by interacting with guests. There were a few set pieces, moments when scripted action and performance drew everyone’s attention, but largely we were allowed to mingle and roam the public areas of the club.

Our tickets let us watch the first cabaret show, and while I was impressed overall, as so often happens with live theatre I began to pick apart little nuances – one actress’ smile was obviously fake while others seemed more genuine, a missed cue here and there, that kind of thing. After the performance, which introduced us to the club’s owner and other key players, setting the stage for the stories that would be told throughout the evening, we were again encouraged to roam around.

As we walked through the casino, a handful of chips in my pocket, an actor whispered for our attention and lead us to a small back room, located behind the cabaret girls’ dressing room, the two-way mirror letting us see what was going on behind the scenes. I was immediately struck by the fact that the girls were still acting, interpersonal dramas playing out much as they do backstage at most theatre shows, normally invisible to the audience.

The girl whose on-stage smile wasn’t quite sincere and who missed cues was having problems with other cast members, and that resulted in some strife regarding her performance. I was blown away by the fact that an actor was playing a character who was playing at being excited, and that her less-than-sincere on-stage performance was part of the evening’s show! From this point forward I’m only going to talk about the characters, and not the various actors involved, since not a single one of them broke character during the entire three-hour event.

While others in our small group decided to explore other rooms or follow other characters from scene to scene, I decided to stay in the small back room and watch what stories unfolded in the one set. Things that happened in the casino, or on-stage, or in the halls, were either instigated or concluded in that back room, and so over the course of the evening I got to see at least a part of every character’s arc, the many interwoven stories that went into the evening’s performance.

What I originally thought was going to be a little song and dance had turned into an entire night of performance, a cast of dozens acting non-stop for three full hours, living out an explosive and eventful night in these people’s lives. It was eventually revealed that each character was based on a real person from a San Francisco speakeasy, and without giving away anything at one point guests have the opportunity to learn about what happened to them long after the night shown.

The sheer amount of orchestration, direction, and mechanics that went into performing a show of that scale and size was second only to the talent of the actors, top to bottom. The audience got to see these people from mere feet or inches away, in all manner of situations, and their commitment to setting, scene, and character was simply inspiring.

I can whole-heartedly say that I would go back and watch more, this time from a different perspective, or at least a different room. Afterward our party met and it took all of us to piece together all of the individual plots and stories that we had witnessed, combining them into entangled but complete narratives. I definitely agree with some online reviewers whose articles I read after, in that my advice would be to either follow a particular character or stay in a particular room – deeply explore one story or catch a glimpse of them all.

When I think about the years of improvisational dramatic theatre I did at Sonoma State, what I saw at the speakeasy represented the culmination of it all. Each character was distinct, fully-fleshed out, motivated, and nearly tangible. Their individual stories and goals impacted each others’, creating a truly compelling and engrossing narrative that spanned the entire evening.

I can easily and without reservation say that the show I saw that night was the best theatre performance I ever had the joy and privilege to witness.

My wife tells me that they’re doing a special holiday-themed show for the Winter, but will return to their normal production in early 2018. Honestly, I can’t wait to go again. 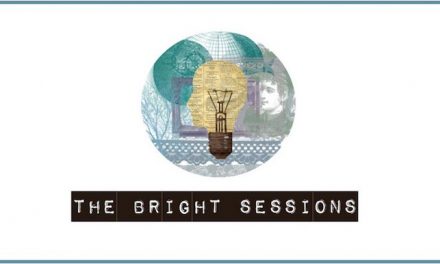 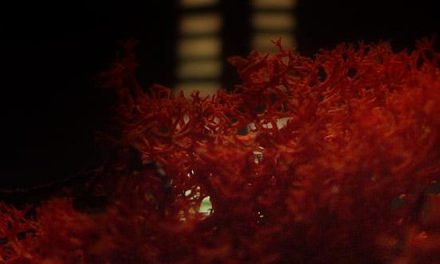