Giving up the Motorcycle

Partway through my time at Sonoma State University, I decided to follow in the footsteps of many of the males in my family and learn how to ride a motorcycle. I read online forums, bought highly-recommended books, and eventually signed up for the CHP-sponsored motorcycle training program, which gave several hours of classroom instruction and two full afternoons of on-bike training. 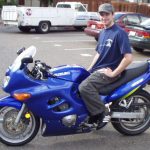 License in hand, I bought a Suzuki Katana, 600ccs of sport-touring power. Though my daily commute wasn’t far, I knew that wouldn’t always be the case and so figured trips on the motorcycle would be both more comfortable and economical. I was sure right as a few years later I was driving to San Francisco every day, and the motorcycle made commuting, parking, and navigating the city much, much easier. Heck, by riding the bike I was saving more than $25 per day in transportation costs, let alone spending an hour less on the road every day.

An old adage is “there are two kinds of riders: those who have crashed and those who will,” and I certainly had my fair share of scrapes and bruises, cosmetic and structural dents and dings. What helped keep me safe was that I never rode the bike on those long trips to SF without a full compliment of protective gear – boots, pants, jacket, gloves, and helmet. I still recoil in horror when I see someone riding without proper protection, regardless of season or speed of road.

It must have been fall of 2008 when my motorcycle career ended. I was driving home from San Francisco on a Friday afternoon, glad to finally be free of the hectic work week, and looking forward to a relaxing weekend at home. Unfortunately, with just 10 miles left to go, someone decided to change lanes without signaling or looking, right into the front end of my motorcycle.

Over the handlebars I flipped (a very dangerous “highside” fall, in motorcycle lingo), smashing my helmet against her rear windshield as the bike spun away from beneath me. My gloves got caught on her rear spoiler and I ended up being dragged on the freeway. Finally rolling away, I ended up in the shoulder of the freeway, the majority of my bike not far away, other pieces strewn about the two lanes of traffic.

To my amazement, and to that of another motorcyclist who saw the incident, the woman driving just sped off, only pulling into the shoulder a good quarter mile away before changing her mind and leaving the scene of the collision. Some motorists stopped and asked if I needed help, some to chastise me (obviously being on a motorcycle meant I deserved the accident, in their mind), and some to just commiserate. I got a hold of a local mechanic I knew and before long both he and my roommate were on-scene, helping me get sorted out.

By that time the adrenaline had started to wear off, and though I wasn’t feeling particularly sore just then, I knew I would be shortly. I called my boss, let him know that I likely wouldn’t be in on Monday, and tried to go about my evening. The next morning I woke up and could hardly move, my muscles stiff and sore from the blunt trauma of my fall. I was driven to the hospital and though I hadn’t broken any bones, the doctor suggested that I probably bruised most of the muscles in my arms, back, and legs, and should take it easy for a few days.

The woman was eventually charged with a misdemeanor hit and run, as apparently the threshold for it to be a felony is the injured party breaking bones. The insurance company paid me for my bike, but refused to give restitution for the rest of my gear, citing that California law only required a helmet. “If I weren’t wearing the rest of the gear you’d be talking to my next of kin,” I explained to them, to no avail.

The court case dragged on for nearly a year and a half, but in the end she was found guilty. The whole of the judicial process was fascinating to me, but that’s a story for another time. In short I never received enough money to pick up another motorcycle (plus gear), and my commute hasn’t been long enough in the years since for me to consider venturing out on two wheels again.

I’m not opposed to the idea of riding once more, and I admit missing the feeling of crisp weekend wind on my face as I explored Sonoma’s back country, but I think it would take a genuine change of scenery or circumstance for me to justify the cost and burden of buying another motorcycle.

That said, I am very happy with the years that I rode and look back on that time fondly, even with how disastrously it came to an end. 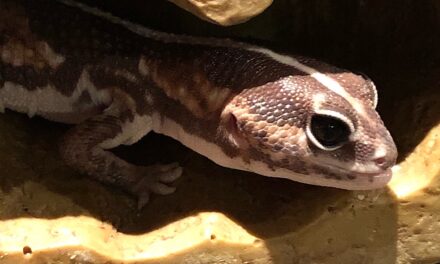