Our march down craggy and uneven trail into the valley below was often sidetracked by Earthshakers and Beastmen arguing about the nature of the strange purple crystals that protruded from almost every surface. The Earthshakers had forced their way into the valley and were collecting the magical reagents, while the Beastmen did what they could to feebly prevent the theft of what they considered to be symbols of their ancestors.

We did not get involved in the petty squabbles – we were attempting to meet with the head of the local Beastmen tribe, one known as Red-Fang, and hopefully put this whole mess to rest. Before we asked for audience, I turned and asked if any of our party had picked up any crystals on their way here. I had no doubt that they would be seen as proof of our treachery, or at least siding with the Earthshakers, before we could explain the situation. Verse looked guilty and started emptying her pockets. I hadn’t expressly forbidden anyone from taking them before, but now the stakes were too high; I did not want to enter the home of a powerful Beastmen tribe and start negotiations with insults to their heritage.

Impressively enough, Red-Fang held “court,” or what passed for it among the Beastmen, in the audience hall of the tall spire that loomed impressively over the Northern Stone Sea. Obviously Kyros’ agents weren’t alone in feeling the power of such places. As with the other towers there were intricate runes and sigils traced into the floor, and I knew that if I could discern in which order to touch them, I would unlock the power of the great hall as my own.

“What do pitiful humans want with Stonestalker tribe?” Red-Fang growled as we stepped into the light. “Come to take what is not theirs?”

Negotiations were off to a wonderful start.

After a bitter back-and-forth, I managed to drive home the idea that I didn’t want either the Stonestalkers or the Earthshakers to kill each other, and that I could mediate a peaceful resolution. What I didn’t say was that if the Disfavored mages got in my way again I’d start making an example out of them until they complied. Red-Fang scoffed, and said that no agreement was binding unless it was made by a member of the tribe, and they would not accept mediation at the hands of an outsider.

I saw where this was going – if I attempted to be initiated into the tribe, they’d put me through doubtlessly certain-death trials, hoping to rid themselves of my presence. I did not fancy the idea, but I could also feel the power of the remote Spires coursing through me. Perhaps by playing their games I would learn enough to unlock the secrets of this one as well, unequivocally proving my worth to the violence-fueled savages who had taken up residence inside.

Their champions waited outside in the “Circle of Savagery,” a blood-soaked outcropping of rock ringed by deep gorges and knife-edged crystals. The assembled Beastmen hooted and hollered as we approached, laughing to see such a site as four humans wishing to join their tribe. I don’t take oaths of fealty lightly, but if this was the most expedient and effective way to advance Kyros’ cause, then so be it. Hopefully with the war between the beasts and the mages placated I could finally discover the location of the traitorous Cairn.

Blood-Rock – a fitting name – outlined the rules as we took our places in the middle of the circle. “You must best three of tribe’s toughest, savage-swift fighters. Win or die.” I knew that, with Beastmen whelps at least, these exhibition fights were not to the death. Apparently that courtesy would not be extended to us. What set my teeth on edge was the idea that, they’d be actively trying to kill us, but if we drew heartsblood on any of their number, we’d probably be executed for failing to honor the spirit of the challenge. A quick glance to my companions showed they understood the risks, and the careful balance we had to walk.

The battle began as Dark-Foot, Crimson-Stone, and Corpse-Eater began circling us, anger in their eyes. 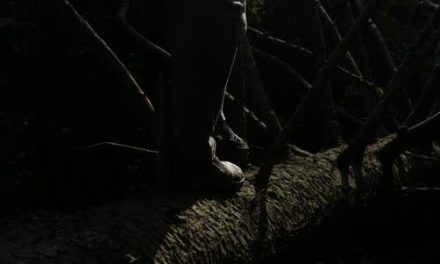