From her first waking days, spirits of the world spoke to her. Every blade of grass rumbled with the firm commands of Earth, every breeze the gossamer delights of Air, every cup of tea the reflective Water, and all actions fueled by Fire. She had traveled far across the Empire to hone her connection with these elemental kami, trained in strange monasteries with scholars many years her senior. Always traveling, always the outsider, she eventually came to regard her connections with the spirits to be more substantial and more meaningful than those with other humans.

Kami might be mischievous —particularly those of air— but never malevolent. They didn’t hold secrets, so long as one implored their help correctly, and they never betrayed their essence. Hiruma Ayame much preferred the simple honesty of the spirit realms to the deceit and double-faced mortal realm, and so had bent her efforts to understanding the nature of the kami and their relationship with creation.

Though she found it much easier to speak with fire in an arid desert than in a thundering monsoon, and the reverse with water, she had never encountered a time when a particular element was completely absent from her surroundings. It may be difficult to speak with the earth while sitting in the crow’s nest of a ship, buffetted by storm winds, but the solid wood that made up the vessel still held the essence of from whence it came. Balances may shift, but each element was represented in all things—that was the natural order.

Hiruma’s skin crawled as she carefully stepped over the blasted and broken debris of the simple merchant home. Though the sun was shining outside and a carefree breeze danced through the village, and though the windows of the small house had been blown out, the air inside was still, stagnant, and dead; almost devoid of energy. She made her way past destroyed chairs and tables, across rooms strewn with scrolls written in unintelligible ciphers, and quickly past the human-shaped bloodstain on the common-room wall. The kami were quiet here, muted. She felt as if they were far removed from the little house, separated in a way that made her most uncomfortable. She did not like this house.

Villagers had avoided the abandoned home for years, even to the point of refusing to look at it or acknowledge its presence in the middle of their town. So potent was the wrongness of the house that even those without spiritual sight could feel it.

The sound of Hiruma’s steps seemed muffled, distant. Everything inside, from the widespread evidence of violence to the few untouched pieces of furniture, felt hazy, almost indistinct, as if none of it were truly present, even though she could reach out and touch them. Her displeasure grew with each new finding.

Exploring an assortment of papers blown into a corner, she cocked her head in surprise—here were several pages that felt at odds with the rest of the house. Unlike everything else, these felt real in a way she could not describe. They were present and they felt more solid than the wooden stool on which she sat to read them. These few scraps were a direct contrast to their surroundings.

Her frown deepened as she read the flowing calligraphy. The pages contained elegant prose and described characters familiar in history, but in a way that was inconceivable. The pages told of corruption within the imperial line, and that the Empress herself had been a pawn for dark forces trying to wrest control of the world. It told the story of how she gave into them and became wholly their servant. The pages were blasphemous, the story inscribed upon them treason. The Empress was the Daughter of Heaven, and by their birthright could never be corrupted or turned away from their sacred duty.

The gravity of the papers in her hand pulled at her. Whatever foul magics had been used in the fiction’s creation, she could not allow any other to read the words, become infected by the lies contained therein. Drawing deeply, as is from a vast distance, she summoned her most ready and reliable spiritual ally—fire.

Flames, weak and sputtering, began to envelop the terrible scrolls, but could not consume them. The paper browned, then blackened, obscuring the terrible words, but the pages themselves remained. As the fire died out, having done as much as it could, Hiruma was left with sooty paper, just as uniquely real as they were before, as if taunting her efforts.

Tightly rolling the cursed scrolls together, she carefully bound them a strip of cloth emblazoned with wards of guidance and protection, placing the bundle carefully in her traveling satchel. She did not like the implications of a house everyone ignored, the spiritual muting she felt within it, or the terrible words she found written inside.

Stepping back into the welcome sun and springtime breeze, she looked to her companions stationed outside. “There is a serious problem, and we must investigate.”

Header image taken from an article by The Atlantic about Indonesian “ghost villages” in the shadows of active volcanos. Photograph by Binsar Bakkara, Associated Press.

The Premise of Adventure 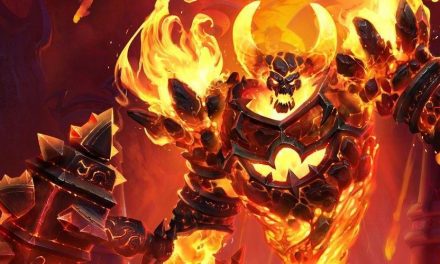